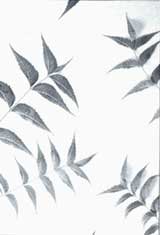 I READ the film review, Patent prejudice in the May 15 issue of Down To Earth with a great deal of amusement, anguish and embarrassment. Amusement because the caption under a photo taken from the film makes a false claim. Nobody has patented the use of neem as a pesticide. Such use can never be patented because it does not meet the 3 conditions of newness, non-obviousness and inventiveness. I am anguished because propaganda has masked the entire issue of the rights of indigenous peoples and their contemporary creativity as well as traditional wisdom. I am embarrassed because it shows the ridiculous level to which debate on such a serious matter is being conducted in India. Is this the best that we are capable of as a nation?

First the facts: it should be noted that the use of neem extract, neem seed, leaves or any other part of the tree as a pesticide cannot be patented since such uses have been known for centuries. Neem seed is not patentable, being a product of nature. Patents, however, have been granted for extracts from pre-treated neem bark shown to be effective against certain cancers, azadirachtin extracted from neem seeds in a stable storage form and an azadirachtin-derivative insecticide, which has greater stability than the naturally occurring form.
One of the major reasons why many neem-based products have not succeeded in the market is the relative instability of this compound in sunlight. While farmers have used neem products for pest control for thousand of years, scientists and companies have been looking at ways of making products out of neem only for the past 3 decades. Innovations, therefore, may take some time in coming.

Indian companies or Western companies are free to make any product based on available scientific information. None of them, however, pays any special price to those from whom it collects the seed. But this may change. Leaves or bark or seeds of neem may be in great demand in future, leading to both economic development and conservation.
The demand for neem-based products is bound to be very positive for the environment. Why should we assume that if demand increases, the supply will not? Would it not be more attractive if more diversified plantations come up in dry regions, not because of subsidies but because the demand for the products increases? Would not this demand provide a fillip to programmes of social and farm forestry? Why should opportunities for the poor in disadvantaged regions be questioned?

Nothing prevents us from developing patentable technologies and making them freely available to everybody. This will prevent anybody else from patenting the technology. In any case, those who want to use neem in its crude form or want to use azadirachtin derived from known unpatented methods can still do it.

Will value addition shoot neem out of the reach of the pockets of the poor? The poor should be able to afford the product if it is manufactured by the decentralised but competitive small sector. But I will not bother too much about who makes the product as long as it reaches the poor and serves its purpose. How does it matter what colour the cat is as long as it catches the rats? What is of greater consequence is the continued neglect of a large number of other plants like calotropis, ipomoeae and custard apple for possible development of herbal pesticides. We will again complain after a few years when Western scientists develop patentable products based on these plants as well. I am not denying the need for Western companies which have developed neem-based products to invest a part of their profit in an international fund for indigenous communities conserving biodiversity. At the same time, since neem has been known in many countries, there is no reason why India should be the sole beneficiary of such a fund.

It is true that the traditional knowledge of farmers has steered scientists to some possible source of pesticide. The companies should share a part of their profits on this count. But let us understand that the patents on new ways of extracting active compounds in more stable or purer forms or for new uses should be welcome. Why would any one invest in R&D if there are no returns? However, there could be a debate on how much such returns should be, who should have a share and how such returns should accrue.


But spreading absurd claims about patenting the neem tree shows us in a poor light. We should realise that when truth is a casualty, the interests of science and society suffer. Let me assure Sunanda, the long suffering heroine of Patent pending, that, GATT or no GATT, nobody can take away her rights to reuse her neem seeds. If anything, it will be the lack of demand of her products which may force her to cut the neem tree and sell it off as wood. It is in her interest that she is able to sell the seeds she does not need for her farm at attractive prices. Her so-called benefactors have not told her that prices increase when the demand rise.

At the rhetorical level, let me ask some questions. What choice does Sunanda have? Should she use chemical pesticides to stop the onslaught of pests? Is a raw extract always more efficient? Should we oppose value addition in plant products? Who could benefit if good and cheap neem-based products are introduced in the market? Should attempts be made to ensure that neem growers get remunerative prices and own factories that process the seeds? Or should we try to depress the demand for their products so that they remain perpetually dependent on urban intellectuals or on largesse handed down by the government in the form of food for "unskilled" work?

Is neem the only plant of pesticidal importance? Are Indian scientists alert to the development of other herbal pesticides? Will only Western companies win the game of patenting? Can't Indian inventors, innovators and creative farmers file applications for patents in the US and in Europe?

We know that filing patents in the name of communities is not going to be easy. The Indian Patent Act must also be modified to allow product patenting so that native genius can aspire to hit the global markets with their innovations, particularly in the field sustainable development -- a field in which India can be a world leader, thanks to millions of creative farmers, artisans, pastoralists and fisherfolk whose knowledge we neither value, price nor reward.

Why are we making such an issue of neem? Is it because the increase in the income of neem growers and seed collectors and other such trees and herbs in the dry regions might deprive urban industrialists of cheap labour? A possible answer could be that the social and intellectual inertia has generated a good market in India for halfbaked theories and populist slogans.