On a coconut trail

Fascinated by a more than liberal use of coconut in south Indian cuisine, Hoihnu Hauzel sets off on a journey to find out what is so special about the fruit 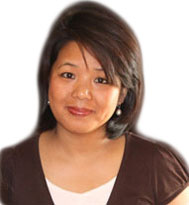 In north-eastern part of India food is not dependant on one particular ingredient. It was, therefore, fascinating for me to see people in God's own country obsessed with coconut. They have it gelled on their hair in the form of oil, use it in ayurvedic centres for facial and body massages, drink coconut water early in the morning to clean their system and sip it in the afternoon to beat the heat. The fruit also finds a number of culinary uses. Coconut is scrapped to squeeze milk and used for cooking. The tender portion is used for making a delicious pudding while it can be grated to add taste to dishes.

Seeking an answer why it is so generously used, I decided to visit Kerala. My culinary journey began in Kumarakom, 70 kms from Cochin during a boat cruise where I had the most fabulous meal. The chef on board literally cooked up a storm. There was everything possible laid out on the table. Shrimps in thick coconut gravy, grilled prawns, freshly caught sardine and pomfret marinated with turmeric and deep fried in coconut oil. And a spicy chicken curry with a thick gravy. There was particularly an interesting dish made of karela and coconut slices. The preparation was so good that my father-in-law who shuns bitter gourd (karela) actually helped himself a couple of times. Indeed, this was a different preparation of bitter gourd which is thinly sliced, de-seeded and then deep fried with sliced coconut. There was another vegetarian dish made of thinly sliced banana flower with a sprinkling of grated coconut. The typical short-grain Kerala rice just made it perfect. And of course, the good old cabbage with coconut dish was inevitable. The banana fritter which we dug into as we watched the sunset on board thankfully had no coconut in it. Only that it was fried in coconut oil. But the oil lent a rather aromatic flavour to it.

And finally, it was in Calicut that I watched every move Asha aunty (my husband’s relative) made in her kitchen to learn a thing or two about south Indian cooking to take home. In fact, my admiration for the lady began the very night my husband and I landed at her home. That night she asked what we wanted for breakfast. “Wow, what a way to begin,” I thought and couldn’t wait for the next morning. And the one item that my husband, who spent many childhood summer vacations in his mother’s sprawling ancestral home in Calicut, could never forget was nulput or idiyappam. So, he promptly ordered nulput for breakfast and snoozed off.

The next day, on the table was a huge casserole. Inside were string hoppers in the shape of idli. Only on closer look did I realise these were actually something else quite different from idli. It looks like steamed noodles. There is a unique method of preparation with rice powder and hot boiling water which is made into dough. The dough is then put inside a special container when pressed produces strings like noodles which are then steamed in an idli steamer. Savoured this with coconut milk and sugar. To extract coconut milk, the aunty first peeled coconut with the peeler lying in her kitchen courtyard. She does it effortlessly. The coconut is then sliced into small pieces and kept in a grinder for a minute with water. This liquid is then sieved to get the coconut milk. The flavour of coconut milk from a fresh coconut is indeed flavourful and rich.

But then idiyappam is not just a breakfast item. Some people serve it for lunch with stew or a spicy mutton or chicken curry. In fact, during one of our lunches at Brunton Boatyard in Cochin , we did opt for idiyappam that came with a spicy duck curry. The idiyappam was made of brown rice and perfect with the duck curry.

And then it became a regular feature to try something different every morning. And Asha aunty was never tired of rustling up something new despite having to go to work every day draped in her starched beautiful sari. Another morning, it was puttu podi for breakfast. For this, you need a coconut scrapper called chirava since the ingredients includes grated coconut which is mixed with rice flour and steamed inside thick tubes. Near her kitchen sink, a chirava is attached. In few seconds, Asha aunty scrapped a full coconut that is to be used for preparing puttu. Pottu is savoured with banana and quite a filling breakfast option. Yet another morning it was rava appam for breakfast. The appams made of sooji in a thick pan is somewhat like parantha. It is savoured with freshly squeezed coconut milk. In my moment of weakness, I had more than three pieces and skipped lunch that day.

So, coconut is invariably there in all the dishes. Outside her kitchen is a little utility space which stocks plenty of coconut for cooking. On her terrace, I saw coconut kept for drying. Asha aunty even told me that some people live only on coconut. “You drink the juice and eat the meat as it has plenty of health benefits,” she pointed once while cooking. Coconut is no doubt healthy. The fruit is laden with protein. The meat of the coconut can destroy intestinal parasites in the body.

And the first thing I did on my return to Delhi was to rush to a supermarket. I came home with packets of Nirapara instant rice power for Puttu podi and idiyappam. Not to forget the steamer and appam chattai (a non-stick wok for appam). Sure enough, my first breakfast after the trip, idiyappam.
Kerala Food Coconut Coconut Coconut Cochin
Donate Now