On a skewed track

Metros must be subject to public review

Metro rails are under construction in Delhi, Mumbai and Bengaluru. Smaller urban centres are also drawn to it. It is fashionable to place metros in city planning and budgets. Invariably, a coterie of engineers, bureaucrats and ministers make such public transport choices.

For a mega-project with unnecessary and irreversible impacts, that demand interdisciplinary inputs, rarely, if ever, are planners, social scientists, ecologists, and economists consulted.

Metros become an exciting choice of transport because they move populations quickly, safely and over distances. A not-so-well acknowledged reason, though, is the urge to leave behind a legacy: of technological progress, political vision and executive leadership. When such factors step in, the rush to get projects cleared is such that costs are deliberately lowered, for clearance. Not unexpectedly then, project costs escalate, sometimes 100 per cent.

Rehabilitation of communities, restructuring of neighbourhoods, adverse impacts on public spaces, implications for surface and groundwater regimes are largely ignored in the design stage and attended to more out of compulsion. The 20th century’s oft-repeated expression—sustainable development— is summoned to make expensive metros easy political decisions: reduction in travel costs, time saved is money saved; car and motorbike users have a crisp travel alternative and that metros don’t emit noxious gases.

Only when the metro construction cuts through centuries-old cities, with built characteristics, reorganizing, often dislocating, settled cultural and commercial networks and tearing through carefully constructed ecological spaces— boulevards, tree lines, parks—that one begins to fathom the project’s real impact. Do we, then, lack statutory processes that mandate conforming to these factors prior to deciding for or against the metro, or any other public transport mode for that matter?

The Town and Country Planning Act enacted in the 1960s has many provisions that demand attention to such complex issues. The act demands that expert driven proposals such as the metros gain social sanction based on repetitive public commenting procedures. But decades of not implementing such provisions has resulted in a situation where people remain ignorant of, or avoid compliance with, such laws. 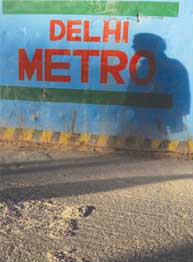 It also seems natural to expect such mega projects undertake social and environment impact assessment (EIA). In 2005, when the Union environment ministry set out to revamp EIAs, it listed metros as high impact projects requiring an environmental clearance based on public hearings. E Sreedharan, Delhi Metro chief, thought otherwise. In a letter to the ministry he argued that because metros were cleaner modes of public transport, they do not need environmental clearance. Following this, the ministry dropped metros from the provisions of the EIA Notification 2006, much the way it dropped automobile sector based on claims they were a nonpolluting manufacturing sector!

Experiences from Mumbai, Delhi and Bengaluru now show that were metros subjected to public review and EIAs, many mistakes could have been avoided. The result: costs have escalated, implementation timelines have slipped, accidents have caused deaths and injuries, labour violations are not uncommon and city life is seriously impaired. An EIA undertaken might have also provided us an opportunity to explore other cheaper and more appropriate public transport solutions such as bus rapid transit systems.

If roads qualify to comply with the EIA notification, surely metros do too, given that they are large construction and area development projects.