Patently hollow claims of the US 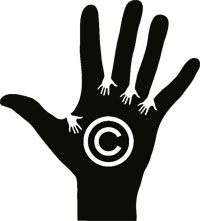 The battle has been joined—although not as evenly as one would wish. The relentless US assault on India’s regulatory policies, in particular those dealing with intellectual property rights (IPRs), has evoked a sharp riposte from global organisations and academics who maintain that New Delhi’s policies are fully compliant with international trade requirements.

In a deposition made before the US International Trade Commission (ITC), academics specialising in patent and international trade law from the universities of Oklahoma, Northeastern and American University Washington College of Law had this to say: India’s enactment and implementation of its patent law is fully in accord with the World Trade Organization’s (WTO’s) Agreement on Trade Related Aspects of Intellectual Property Rights (TRIPS). Professors Srividhya Ragavan, Brook Baker and Sean Flynn are categorical that “India has demonstrated its adherence to TRIPS and to non-protectionism by revamping its systems, instituting massive changes to further IPRS and by establishing prudent IP standards that apply equally to both domestic and foreign companies”.

They also point out that the TRIPS Agreement allows “a great deal of lawful pluralism among WTO members about standards of patentability and about key flexibilities, including both patentable subject matter and grounds for compulsory licences (CLs)” and that India is thus far well within this lawful pluralism. What the academics say only confirms what this column has long pointed out. If India’s patent law and regulations did not conform to the TRIPS Agreement, the US, or any other country for that matter, could have challenged these at WTO.

No such case has been instituted in the nine years since India amended its patents law in 2005. That alone exposes the hollowness of the case made by US industry. The nub of the friction is Section 3(d) of the Indian Patents (Amendment) Act which makes it tough for the multinational pharma companies to take out additional patents on incremental changes to the original molecule invented by them. This is the notorious practice of “evergreening”, which prevents companies from bringing out inexpensive generic versions of even the original drug.

However, Arvind Subramanian from the Peterson Institute for International Economics, Washington, has a slightly different view. Subramanian, a long-time critic of India’s policies, thinks that Section 3(d) and aspects of the CL licence violate TRIPS and should be adjudicated at WTO. Since the US is unwilling to do so it’s a moot point why the industry is hauling India before ITC and other US trade bodies (see “Patent hypocrisies of the US”, Down To Earth, September 30, 2013).

So far, just one CL has been issued to an Indian company to bring out a generic version of a high-cost cancer drug at less than a third charged by the innovator company. But in representations made by pharma companies the implication is that India has made a regular practice of issuing such licences. The irony here is that no US interest has been hurt by either Section 3(d) or the CL; the companies involved in these disputes were European multinationals.

The strong defence of India’s patent laws by Ragavan, Baker and Flynn has been supported by such organisations as Médecins Sans Frontières, Knowledge Ecology International and, most recently, by South Centre, a Geneva-based intergovernmental organisation of developing countries. All of these were responding to ITC’s recently launched investigation to examine a wide range of Indian policies that apparently discriminate against US trade and investment. During the hearings, which began on February 13 this year, the Pharmaceutical Research and Manufacturers Association, the National Association of Manufacturers and the US Chamber of Commerce demanded that India be designated a “Priority Foreign Country” in the Special 301 Report. Such a designation is reserved for the worst IP offenders and can by no stretch of imagination be applied to a country that abides by WTO rules.

The onslaught on India’s policies was launched in mid- 2013 by the associations of pharma and biotech companies, led by Pfizer (see “US pharma strikes back”, Down To Earth, June 30, 2013) and was backed by the most powerful industry lobbies in the US. However, more organisations are now rallying to India’s defence.

On March 4, a “deeply concerned” South Centre called on WTO members to oppose US pressure against developing countries, India in particular, to reform their IP laws. It underscored the legitimacy of the use of TRIPS’ flexibilities for public health in light of what it unequivocally termed “new threats of unilateral trade measures by the US against India over its IP laws and regulations”. For a good measure, the South Centre says it “encourages India and other developing countries to continue to make full use of these flexibilities for public policy objectives”.

Is the US listening?