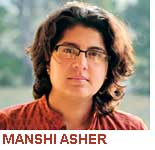 Recently the Supreme Court ordered a stay on one of the largest special economic zones (sezs) in the country. The stay order on the Mundra sez in Gujarat's Kutch district came in response to a public interest litigation, which raised several social and environmental issues. The stay was, however, promptly vacated and the case dismissed within a few days with the Chief Justice of India K G Balakrishna remarking "We cannot look into environment issues of each state. You can approach the High Court".

In spite of this summary dismissal, the case is likely to turn people's attention towards Gujarat's sez experience, which many say has been devoid of conflict. This rosy picture is based on the perception that Gujarat's sezs have largely been developed on 'barren' and 'wasteland'.So there hasn't been much opposition from farmers. There are several fallacies in this understanding.

First, not all wasteland in Gujarat--as in other parts of the country--is barren or waste. In Gujarat most of the land categorized as wasteland was, at one time, pastureland. An example is the Mundra sez revenue wasteland handed over to developers was either grazing land or covered with mangroves, an important part of the marine ecosystem of the Gulf of Kutch. In the strictest sense of the term, local people were not displaced here. But their livelihoods were severely affected and they have found it difficult to determine their rights. 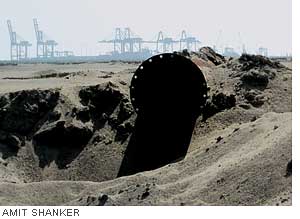 Second, not all the land being used for sezs in Gujarat is wasteland. A large part of this land was under agriculture and acquired by the Gujarat Industrial Development Corporation (gidc) more than a decade ago using the Land Acquisition Act, 1894. Most such land was acquired near cities, ports or areas where infrastructure was available or could be easily built. But more than 50 per cent of the land acquired by gidc was lying unused. Once the sez policy was announced, the government began handing the land over to private developers--or getting into partnerships with them to develop some of the acquired land. The farmers who lost their lands for little compensation find it difficult to fight for a better deal now. The Dahej sez is a case in point.

As speculation in the land market increased farmers ended up selling their land. In Por near Vadodara and Hazira in Surat, the government forcibly acquired land when the developers failed to directly purchase the land from farmers.

Since the compensation was not attractive the large land owners decided to bargain better deals with private companies. They sold their own land but also struck deals for the land of others, receiving hefty commissions. The landless agricultural labourers remained without compensation.

Fourth, Gujarat like most of the country, is facing an agrarian crisis. In parts of coastal areas, land which has remained fallow due to poor productivity and salinity has been categorized as wasteland. Causes of low productivity vary but a common thread is the inability of the state government to address the problems. Such land is now being seen as potential sezs.

The popular belief that in Gujarat sez projects have gone unopposed is not true. An sez proposed at Positra near Dwarka was thwarted after a sruggle by the Waghri farming communities. There have been other anti-sez movements in the state. But they did not sustain due to the various factors.

The author, a researcher and environmental activist based in Himachal Pradesh, has been studying SEZs for two years