Air pollution in rural India: Ignored but not absent

Air pollution is a transboundary problem, it transcends rural and urban boundaries. But the issue is rarely discussed and action plans are rigid 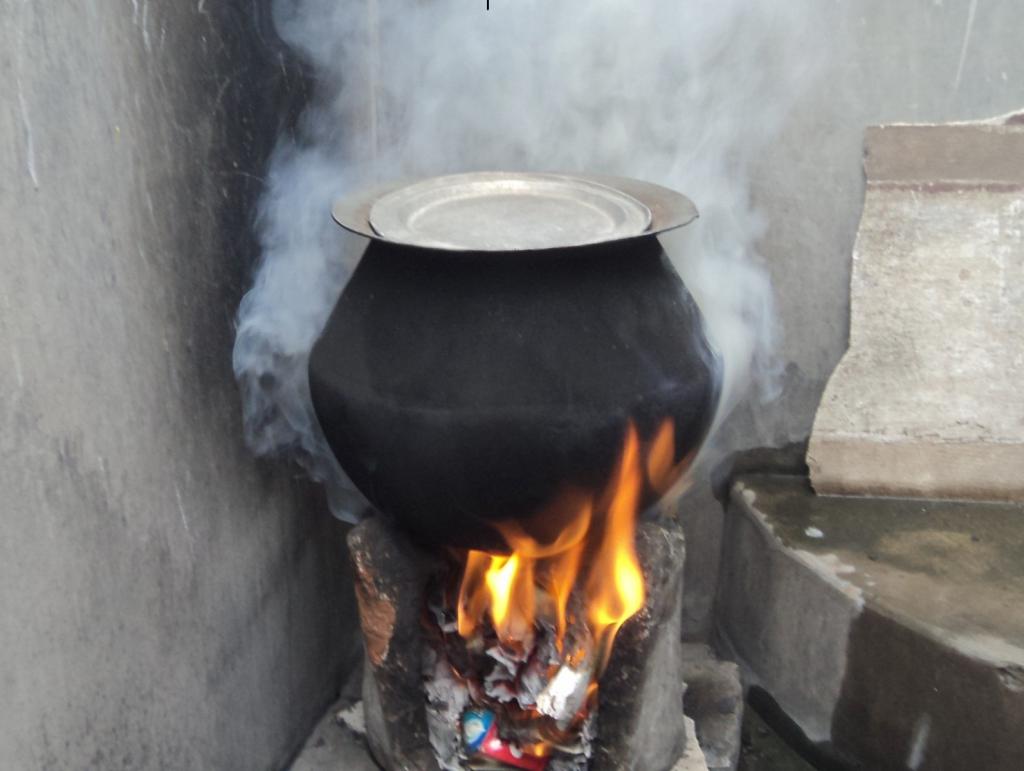 Air pollution in India is generally perceived as a problem of the cities and by the cities. Quite predictably, solutions have been designed for the cities. Initiatives to alleviate poor air remain conspicuously absent in rural areas.

Rural air pollution has usually been ignored by scientists and policy makers alike for the longest time.

The National Clean Air Program (NCAP), the first pan-India initiative towards cleaning India’s air, suggests comprehensive time-bound initiatives both at the city and rural levels. The goal is “to meet the prescribed annual average ambient air quality standards at all locations in the country in a stipulated time frame”.

Since its inception, however, there has been little focus or progress outside the non-attainment cities.

The NAMP network of manual monitors fare only marginally better. It does cover all states and includes even smaller cities and towns, but 96 per cent monitoring stations are within the city boundaries and do not cover surrounding rural hamlets.

Out of the 804 stations, only 26 are located in rural villages. Names of villages and their tehsils have been provided in the NAMP list. Two of these stations are in Dadra and Nagar Haveli among the Union territories.

Punjab is the only state to have monitors in villages. Out of 47 stations in the state, 24 are located in small villages. In the absence of worthwhile data regarding air pollution in rural areas, it is automatically assumed that the rural air meets the national standards.

Most city dwellers have a rather romanticised notion about village life.  But had that been the case, rural population’s health would have never been a problem.

Researchers from the Indian Institute of Technology, Mumbai, and Colorado State University, the United States, utilised satellite-derived surface particulate matter 2.5 levels and calculated the associated health impacts. They showed that outdoor air pollution was just as severe in non-urban regions as in the urban regions of India.

Air pollution is a transboundary problem and airsheds stretch over entire districts and states, transcending rural and urban boundaries. But this is rarely discussed and action plans for non-attainment cities under NCAP are rigid, for the implementation lies on local bodies with firm jurisdictional boundaries.

Sources of pollution in rural areas

While the extent of vehicular pollution may not be the same in villages as in cities, the same sources richly contribute to pollution in rural areas.

Most heavy industries now operate beyond city limits — in rural belts — and the local population is the recipient of toxic air and effluent discharge, often due to weak oversight. By simply relocating industries and not completely aiding the shift to cleaner fuels, these small and medium units continue to pollute, just at a different location.

So in a way, we have traded the health of the rural inhabitants in favour of urban city dwellers.

Our power plants, some of which are in rural areas, are not compliant as well, according to studies by Delhi-based think tank Centre for Science and Environment. Northern India faces seasonal issue of stubble burning, which, despite media attention and Delhi’s annual air apocalypse, has continued unabated.

According to The Energy and Resources Institute’s air pollution inventory at the national scale, open burning of agricultural residue in rural areas contributes about seven per cent to the total PM2.5 emissions. The city-specific numbers are much higher, especially in the Indo-Gangetic plain.

Secondary particulates are rarely talked about. Agriculture is a rich source of reactive nitrogen in India, as only 30 per cent of the nitrogen is taken up by plants. The rest is released into the atmosphere, soil and water.

These emissions are bad for both localised air pollution and long-term climate goals, as nitrous oxide is a greenhouse gas and is said to be over 300 times more effective in trapping heat than carbon dioxide.

Other sources, too, have a potent effect in rural areas. Due to strict regulations, most brick kilns and hot mix plants have been moved out of city boundaries. However, only some have been converted to the zig-zag technology, and most beyond the semi urban areas still run on the traditional technology.

One of these older technologies are clamps — traditional kilns that are the most polluting of all brick-making methods, wherein firing is done in the open and without chimneys. These are popular in Maharashtra, southern Gujarat and some parts of Odisha.

Since the network of clamps is largely decentralised and far away from even smaller towns, they don’t garner much attention. But they do continue to pollute. Besides a few stray national orders, there has been little action towards modernising them.

Finally, the arena in which the rural population is most severely disadvantaged than their urban counterparts is indoor air pollution. Usage of solid fuel continues to plague rural households and it disproportionately affects women and children. Over the years, there have been substantial efforts to reduce the usage of solid fuels in rural kitchens, with varying degrees of success.

In 2009, the Union Ministry of New and Renewable Energy launched the National Biomass Cookstoves Initiative and installed about 27 lakh units by 2017. This was followed by the Unnat Chulha Abhiyan Programme in 2014, wherein both family and community cookstoves using biomass briquettes were distributed.

The coverage of these programmes, however, was limited. Then came the widely publicised Pradhan Mantri Ujjwala Yojana (PMUY) in 2016, a countrywide initiative to increase use of clean cooking fuels among those below the poverty line.

PMUY beneficiaries are primarily women, and each family is given a free connection, one free cylinder of 14.2 kilograms and subsidies on subsequent cylinders.

Without a doubt, liquefied petroleum gas (LPG) penetration increased drastically under PMUY, and there were about 8.3 crore beneficiaries in the beginning of 2020. Subscribers were even promised three free cylinders during the nationwide lockdown due to the COVID-19 pandemic. However, recent reports suggest that the scheme is not as successful as some might want it to be portrayed as.

While LPG connections are almost well over 98 per cent, having a connection did not necessarily translate to using LPG beyond the first free cylinder, even when cylinders were distributed free.

There are many barriers beyond financial issues that continue to hinder complete LPG adoption, as discussed in a DTE report. The common practice of “stacking” wherein, additional stoves, chulhas (ovens) are needed for simultaneously cooking for a large family continues to thrive, and easily available firewood is often the alternative fuel. Women, small and unborn children, breathe this unhealthy air.

None of these problems are new or unknown. However, these are not widely discussed either in the media or among policy makers. While it is said that air pollution is a great leveler and affects everybody alike, the solutions as of now seem to be reserved only for the urban elite.