Our children are at risk of air pollution. Now is the time to act

Children’s health can be affected by air pollution even before they are born.  As they grow up, pollution stunts their lung growth 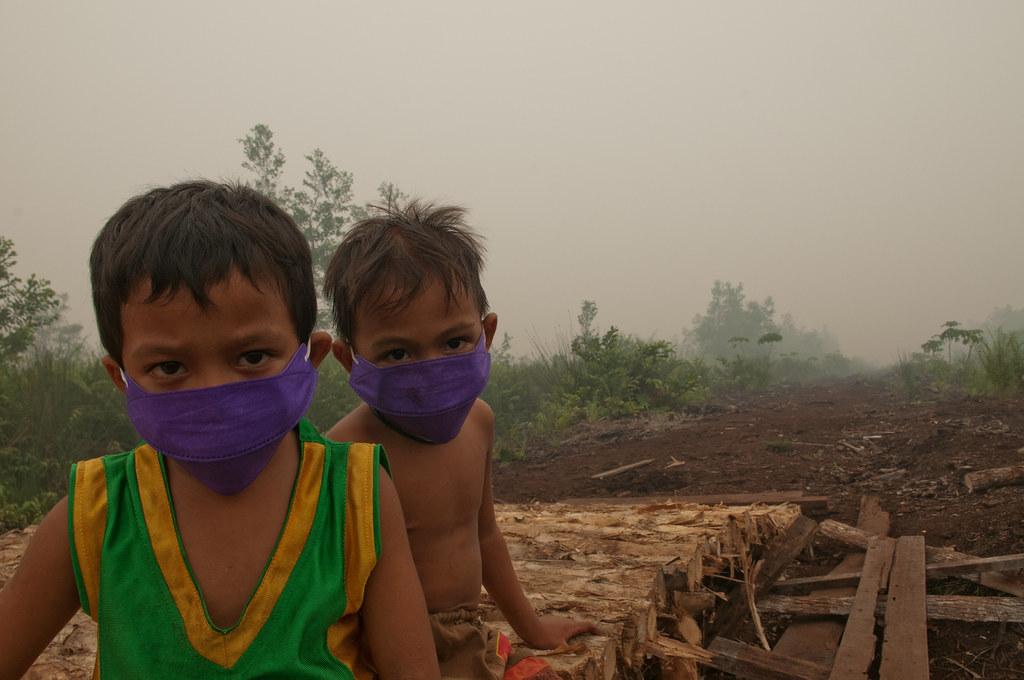 Air pollution poses a greater threat to humanity than before, particularly when India is reeling under the aftermath of the novel coronavirus disease (COVID-19) pandemic.

India reported as many as 980,000 premature deaths in 2019 because of particulate matter 2.5, according to State of Global Air report. In fact, India is home to half the top 50 most polluted cities in the world.

Toxic air increases the risk of infants being underweight at birth. This has lifelong impacts on their health. A study conducted at Queen Mary University of London showed direct evidence of pollution particles present in mothers’ placentas.

“There is a massive association between the air pollution a mother breathes and the effect it has on the foetus,” the lead researcher, Lisa Miyashita, said.

Before children are even brought into the world, their health is callously placed in jeopardy by the toxic air around them. As they grow up, air pollution stunts their lung growth and increases the likelihood of issues such as asthma, chest pain, shortness of breath and even lung cancer.

A collective of mothers — called Warrior Moms — is fighting this battle across India through active environmental advocacy on social media and pressuring the authorities to enforce laws.

We believe in the ideology of anti-fragility. Just as a plant can grow through the cracks of a concrete wall, the process of healing makes us better than we were before, even under trying circumstances of utmost grief.

While the Union government’s campaigns such as Yudh Pradushan ke Viruddh scratch the surface of a deep-rooted issue, the state simply lacks the drive to ask the right questions.

Instead of fostering a clean environment, the government’s measures intend to bring the toxicity to a ‘socially-acceptable’ level. We demand trees instead of smog towers; biodiversity parks instead of amusement parks; and bona fide waste management instead of lethal waste to power plants. The aim is to work on the sources of pollution instead of on technology and gadgets to fight toxic air.

The state’s relaxed and static stance on the environment is insufferable for the planet and the future of our children. Take into consideration the non-implementation of the Thermal Power Plants (TPP) norms, which permit the construction of thermal power plants within 10 kilometres of the national capital region.

These norms are responsible for 3,900 premature deaths among children annually, and approximately 140,000 pre-term births, according to Creating Resources for Empowerment in Action, an organisation that advocates for sexual and reproductive health rights.

Likewise, the National Clean Air Programme (NCAP) offers solutions that fail to factor the complexities of the real world, thus limiting its impact. Rather rudimentary reforms in vehicle density, parking and construction activities prevent the document from tackling the relevant socio-political factors such as industrial and household waste, overpopulation or even social awareness.

In the fiscal year 2020-2021, the Union environment ministry allocated an unnecessarily large segment of NCAP’s budget to source apportionment studies. At least Rs 97.6 crore — 20 per cent of the whole budget — has been appointed to identify the main contributor of emissions.

These funds could be reallocated to a more practical and productive use, as these studies lack the capacity to directly impact pollution mitigation.

Comprehending these issues is just the prelude to a sustainable society. As our children struggle to breathe, Warrior Moms expand its arms of motherhood to all citizens through our activism. We join hands to ameliorate our generation’s mistakes, to work towards bringing back clean air.

It wishes to remind the leaders that right to breathe clean air is a fundamental right enshrined in Article 21 of the Constitution of India. Our children deserve it.