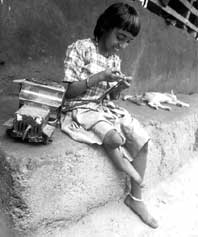 THERE have been several media reports from Kerala linking endosulfan to a variety of health problems. As one who has been involved for over three decades as a scientist in the field of environmental impact of pesticides, I cannot but regard this with shock. These reports ignore the well-founded facts and draw erroneous conclusions while generating irrational fears in the mind of readers.

Endosulfan has been registered for more than 45 years and is used in over 60 countries, including the US, France and Japan which have highly sophisticated regulatory procedures. In India, the Registration Committee registered endosulfan after studying its effects and toxicity on human health and other living organisms. Entomologists regard endosulfan as an extremely useful product in integrated pest management. A recent report from Australia says the pesticide is "extremely important to Australian agriculture."

Much of the information in the recently published report 'The Children of endosulfan' by Down To Earth has been inaccurate and misleading. The scientists working at Centre for Science and Environment (CSE) have analysed the samples of soil, water, bovine milk, blood, butter, coconut oil, vegetables, fish and human milk collected from Padre village. Based on results of endosulfan residues, they have made certain comments on the use of the product. However, I am afraid that the basic analytical method used by CSE scientists for estimation of endosulfan was wrong. They have treated the samples after extraction with concentrated sulphuric acid, which gives diol and other secondary metabolites. So the results reported by CSE should be verified by an independent residue expert. The study is contradictory in itself and the results obtained are highly questionable. It appears that the CSE approach is to present the situation in a pseudo-scientific way with a motive to get the product banned in the country.

Pesticide residue analysis is a complex and sophisticated job as the pesticide is to be detected at the nanogram and picogram levels. The presence of pesticide residues in food may have important legal and commercial implications and, therefore, reproducibility, reliability and integrity of analytical data is of utmost importance. Normally, confirmatory tests are necessary before reporting adversely on samples containing residues of pesticides, not normally associated with that commodity or where maximum residue limit (MRL) appear to have exceeded. In the CSE report, no confirmatory analysis has been published. CSE has undertaken such analysis very recently. The scientists working in this field should be fully trained in modern methods of residue analysis at some good research institute.

Besides alleging presence of endosulfan residues in environmental samples, the CSE report blames endosulfan for a number of health problems such as cancer, epilepsy and mental retardation. As recently as 1998, the Food and Agricultural Organisation (FAO) extensively reviewed the toxicological and epidemiological data on endosulfan and concluded that it is neither carcinogenic nor mutagenic.

The Union ministry of agriculture constituted a high power committee of 22 experts headed by S N Banerjee, former advisor to the government plant protection, to review the use of endosulfan in India. The committee recommended the continued use of the pesticide after all the scientific data and foreign reports were studied.

The All India Coordinated Research Project on Pesticide Residues, being conducted in 17 research centres in the country, has generated residue data on endosulfan by carrying out multilocational supervised trials under "good agriculture practice" on cereal crops, pulses, oilseed, cash crops, vegetables and food crops. The waiting period between spraying and harvesting of endosulfan on vegetables is three to seven days, and no detectable residues were found in the pulses, cereals and oilseeds at harvest. The project has also generated data on monitoring of endosulfan in soil, water, fish, honey, vegetables, fruits and milk. In most of the samples, no detectable residues were reported and in samples where endosulfan was detected, it was below the maximum residue limits. In fact, endosulfan residues were not detected in milk of cattle when cattle were fed with feed mixed with endosulfan for four weeks at a high rate of 50 mg per day.

The residue data of endosulfan found by CSE scientists is not scientifically correct and sound because of the wrong methodology used for estimation of endosulfan. If the problem at Padre village is serious, the endosulfan manufacturers in the country should sponsor a research project at Kerala Agricultural University, which has the expertise and infrastructure for the study. And the actual status of environmental pollution, if any, due to endosulfan, may be revealed to the public.

The pesticide residue data has great implications on the environment, human health and international trade. So the legal authorities should accept the residue data generated by government laboratories, agricultural universities and private laboratories having department of science and technology recognition or having good laboratory practice certification in the country.