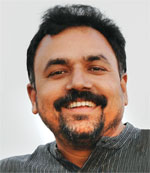 As water gets scarce, the lendings in the sector by international financial institutions like the World Bank and the Asian Development Bank (ADB) are being looked into more critically. Most critics believe that with small investments, the banks have been able to dictate water policies in developing countries. These institutions have successfully infused the idea of privatising water resources in the name of Integrated Water Resources Management (IWRM).

Simply put, IWRM means considering multiple views on how water should be managed. These relate to situations such as planning river basin, new capital facilities, controlling reservoir releases, regulating floodplains and developing new laws and regulations. On the face of it, there does not seem to be much wrong about such water management. But for ADB, such management is integral to its plan to privatise water.

Time is, therefore, ripe to look into how ADB approaches our water future. The analysis is also pertinent because the National Water Policy is up for a review. Odisha, from where I hail, is fast becoming a laboratory for ADB’s policy to privatise water.

In late 2010 in a review, ADB’s Independent Evaluation Department vetted Water for All—the bank’s water policy since 2001—as consistent with the bank’s corporate strategy. It found the policy in consonance with the “international consensus” on IWRM. The review found that in the past 10 years ADB put more effort into becoming a creator of water knowledge than in enabling access to it. It also found that the policy is geared towards influencing decisions in countries that borrow from ADB.

In India, the review pointed out, water reforms have been most successful in Maharashtra and Karnataka. Tariff collection and cost recovery were deemed major indicators of this success. The review also cited China as a success story. It noted that success has not yet been possible everywhere and to the desired extent.

The review also admitted that the current approach of considering IWRM in large basins is complex and difficult, and noted that the problem stemmed from a disconnect between policy development and operations. It suggested that policies must percolate deeper to smaller units of governance, making it evident that ADB will become aggressive in promoting IWRM.

The evaluation found sustainability as one of the weakest areas of ADB lending in water projects. Only 44 per cent of completed projects were rated likely or most likely sustainable. Cost recovery was among several factors making a project unsustainable.

The aggressive intent of ADB manifested in Odisha recently, where a draft Technical Assistance Report, prepared by its consultants has been put in the limited public domain of the Internet. The report advocates pricing water resources to the extent of cost recovery. It also calls for private sector participation.

The ADB has suggested the government of Odisha exert more pressure on farmers by recovering complete cost of irrigation. This could prove disastrous in a state where the number of farmer suicides is increasing due to crop failure and lack of ensured irrigation.

Extrapolating these projections to Odisha shows that the state would have 2,000 cubic metre of water in 2025—and much less in 2050. One can say the extrapolation from global projections might not work for any state in India. But with Odisha planning to generate about 60,000 MW of electricity from coal-fired power stations in seven to eight years, and with water-guzzling industries proliferating in the state, fears about the state water’s availability plummeting below levels projected in the report seem real.

The report talks about establishing a water regulatory authority and using it to recover from farmers the costs of all water supplied to them. The functioning of such an authority in Maharashtra is already under severe criticism from farmers and civil society groups. The authority has got a severe rap for being influenced by corporate and rich water users.

Pressured by civil society critique, the ADB did admit constraints in collecting accurate data. The state government too, it seems, has made press statements that it is planning to extend the date of seeking opinion on the Technical Assistance Report. But the aggression to push through the plan has not gone down. In fact, when plan was up for public comments, the government went ahead with publishing a resolution for constitution of a river basin organisation that will take up IWRM.

ADB is now reviewing its accountability mechanism to make it more transparent and accountable to countries it lends, and to project affected people. But accountability does not figure in Odisha’s IWRM plan. What is more surprising is that a base paper by an ADB water resource expert, that set the tone for this plan, points that earlier IWRM plans in the state failed because they were rather imposed from the top.

ADB and the state government have not taken lessons from the past and ongoing conflicts around distribution of water resources in the state. In fact, the state is currently in news for bitter water fights, the latest phase of which started with the Hirakud conflict (see ‘Ground Swell’, Down To Earth, Dec 16-31, 2007). The recent and most talked about conflict relates to diversion of water from Mahanadi for POSCO.

Civil society organisations have been demanding the government assess the exact availability of water resources in the state before sanctioning more water-guzzling industries. It’s a justified demand in a state where a meagre 20 per cent of agriculture gets irrigation water, but more than 70 per cent people depend on agriculture. As veteran water expert Ramaswamy Iyer put it, “In place of the current slogan of IWRM, government and lending institutions should concentrate on responsible and just use of water resources.”

The author is convenor of Water Initiatives Odisha and freelance journalist 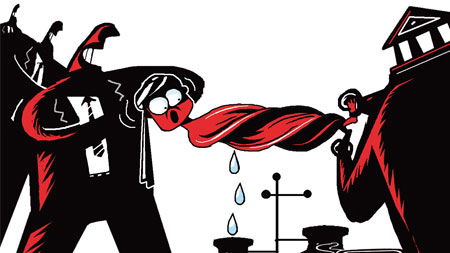 Many a slip
Are we water-wise?
Equitable water for all
Water for profit
The private eye