Bihar elections 2020: Who is talking about safai karmacharis? 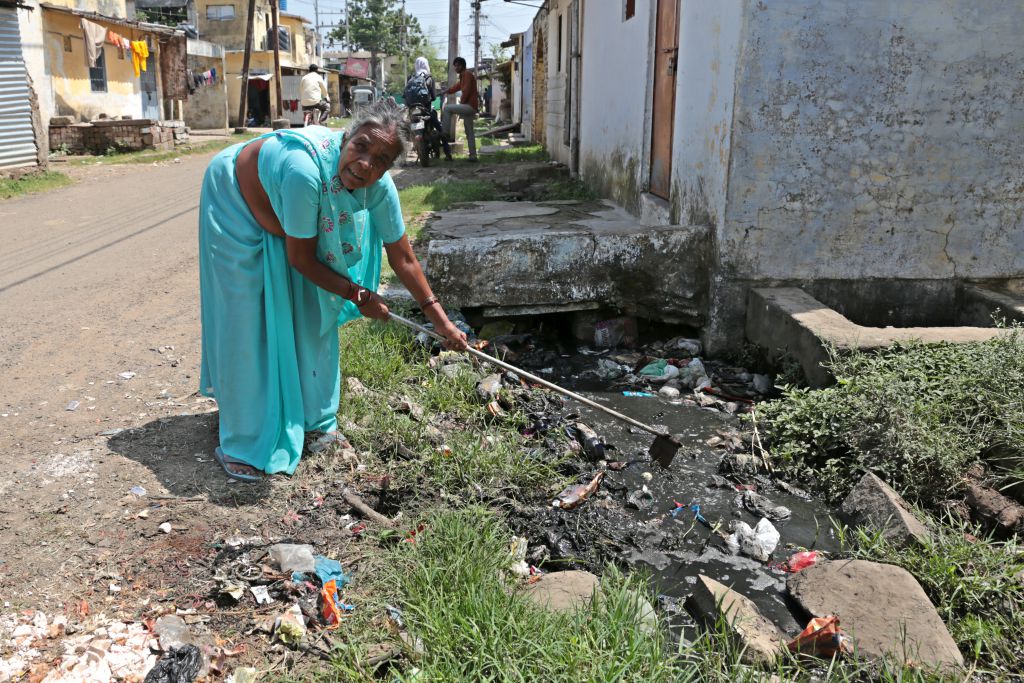 The Nitish Kumar government in Bihar has time and again refused to categorise its sanitation workers; it has gone to the extent of claiming that the state does not have any manual scavenger.

In 2019, when the National Safai Karamcharis Finance and Development Corporation (NSKFDC) identified around 5,000 manual scavengers in 16 districts, the state government decided to save its face by not recognising any of them.

But here is the truth: The number of manual scavengers in Bihar was found to be five times more than it was mentioned in the NSKFDC data.

The state calling itself manual scavenging-free in such a situation leaves behind many reasons to fix the crisis. In the last two years, Bihar’s rural sanitation coverage has doubled, yet sanitation workers continue to face abuse, physical violence and death threats.

Premvati, a safai karmachari (sanitation worker) from Araria, faced physical violence by men of the Maithil Brahmin community when she stopped work because of the novel coronavirus disease (COVID-19) pandemic.

The authorities feared if one person stopped work, other would follow suit. The problem with long-term absence also sparked fears of mass mobilisation against the Maithil Brahmins.

Premvati used to clean dry toilets on the fringes of Araria, but started cleaning community toilets and open drains in colonies in 2010. The Sulabh toilets have water supply problems; she sometimes has to clean people’s excrement with her bare hands.

“It may appear that manual scavenging is not prevalent, but I am a manual scavenger. I dispose of unsanitary waste and human excrement even from the non-dry latrines,” she said.

In Siwan, people threaten Munni Devi’s children. She sometimes receives stale food in lieu of her salary, which is not even Rs 200 a month.

Many men from her village often migrate and go to Patna or Delhi in hopes of a better pay. The downside to this phenomenon is that contractors know people would have to make ends meet and send money back to their family. They know they will do so for even one meal.

Every few months we read about several labourers from Bihar dying in septic tanks in the national capital and other states. As Bihar’s share of casual labourers is higher than any other state in India, women are forced to do all odd jobs, including manual scavenging.

In most cases, the same women pick rags from open landfills in the morning, manual dispose of excreta from open drains and sanitise community toilets in the small cities.

Ram Naath from Katihar district has filed several complaints about abandoned toilets in Katihar having poor or no water supply. He said even when there is no supply of water for weeks, the sanitation workers do clean the toilets regularly. However, when it gets too much, they stop.

So, if the state’s claim of zero manual scavengers is true, who is cleaning the piles of dumped excreta from these toilets? Demolition of dry latrines does not mean people are not doing this work anymore.

Bihar is a hotspot for caste patti system; it becomes difficult for the sanitation workers to survive with dignity because it bifurcates people according to the caste and designates them a set geographical location within a community.

Ajju from Purnea has received numerous death threats because he used to collect water from the Lohar patti. Sita from Sitamarhi has received rape theats because she would collect plastic bottles near the land dumps of the Thakur patti.

She said the government officials would come and sort these matters in times of fights, but they did not even call them by their names. They would ask them to not sit with members of caste like Lohaars, Chamaars and Brahmins, she said.

In between caste-designated forced labour, non-structuring of sanitation work and false narrative of eradication of manual scavenging from Bihar, the safai karmacharis have neither been given the respect they deserve nor have they been rehabilitated to any other form of labour.

If a state government continues to encourage the practice, how will it be punished? This is the reason the Bihar government could not cite a single example wherein a contractor faced punishment for employing manual scavengers.

Same is the case with sewer deaths. Their records of one-time cash assistance, skill training and provision of National Safai Karamcharis Finance & Development Corporation (NSKFDC) loans are incomplete and obsolete. This forces nonprofits to file multiple RTIs to find out basic records which should be easily available in the public domain.

This also delays assistance and initiatives for any kind of relief and rehabilitation.

It is shameful that the sanitation crisis in Bihar has not been addressed in this election. It is time for the safai karmacharis to realise the power of mobilisation and form pressure groups. Caste politics without recognising the existence of manual scavenging has made the state’s sanitation workers tired of the same excuses again and again.

Pragya Akhilesh is the National Convener of the Rehabilitation Research Initiative, Delhi and the Secretary of Safai Karmachari Bhim Dal Union, India