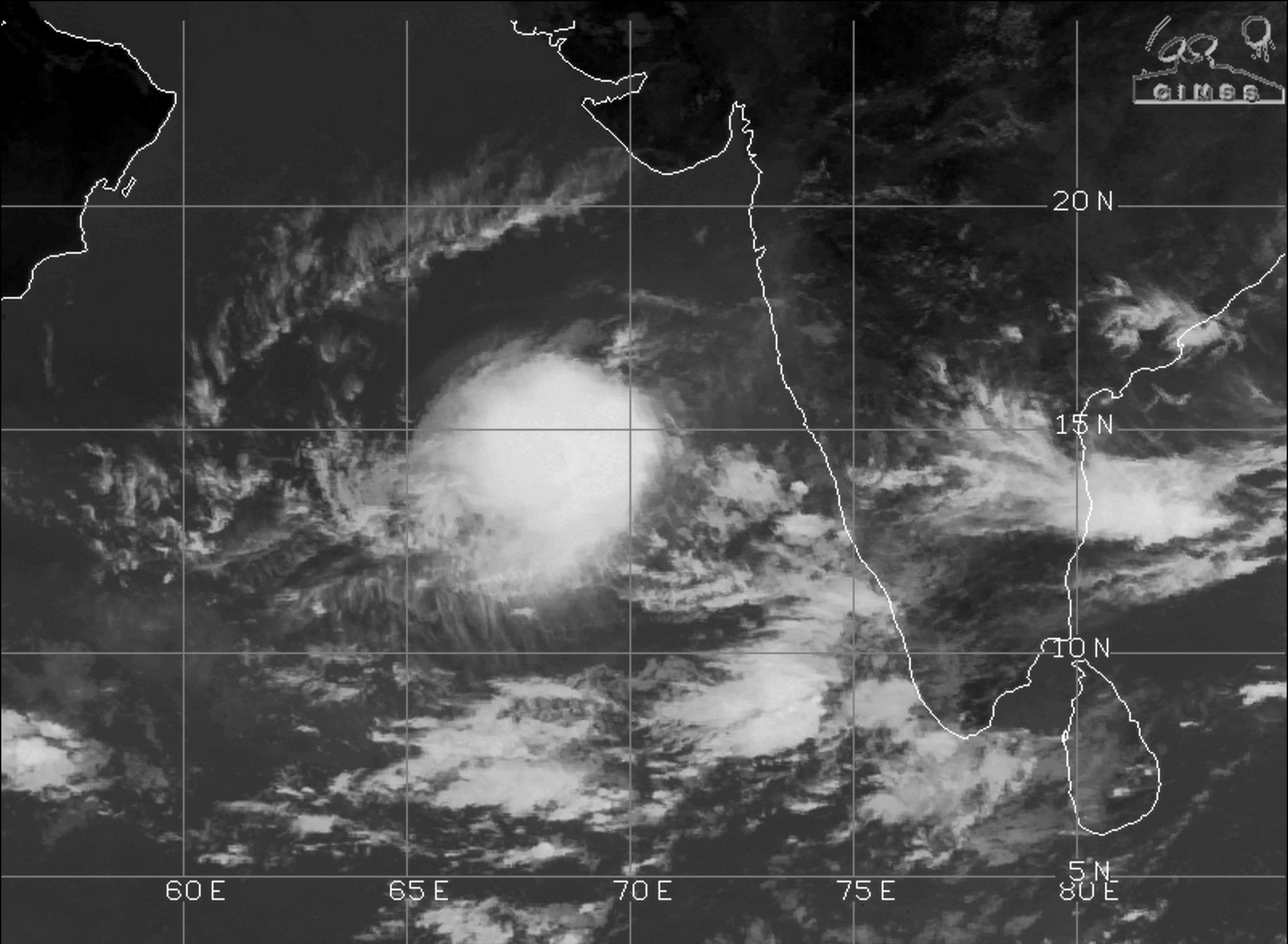 Come October and India faces the threat of tropical cyclones which form in the Bay of Bengal and sometimes even in the Arabian Sea.

Fortunately, this year there is not much activity going on in the Bay of Bengal and the Arabian Sea. The cyclone season is quieter compared to previous years.

What is forming in the Arabian Sea?

On Friday morning, this depression was located near 14°N and 70.3°E, about 410 km west-southwest of Goa and 630 km south-southwest of Mumbai.

Thus, a depression has the second lowest rank in terms of intensity on the scale. An interesting fact about the present depression is that it is the first-ever depression to form in the Arabian Sea in October after a gap of seven years.

As per the records, on October 19, 2008, a depression had formed in the Arabian Sea, which later intensified into a deep depression as per the IMD scale (associated with a wind speed of 51-59 km/hour).

This system is famously known as the Tropical Cyclone 3B in the western world which brought heavy rains and cause severe floods in Yemen and Oman.

Why the Bay of Bengal is more vulnerable?

One of the main reasons behind the Bay of Bengal being more vulnerable to formation of low pressures in the post-monsoon season, is its proximity to places like the Gulf of Thailand.

As the monsoon withdraws from Pakistan and nearby areas in early September, the air in these regions starts drying up. This, in turn creates problems for the survival of low pressure systems in the Arabian Sea. The image below clearly shows that the south-west monsoon has withdrawn from a greater part of the Arabian Sea as compared to the Bay of Bengal. Dry air acts like poison and if it enters such low pressure systems, it chokes it to death. 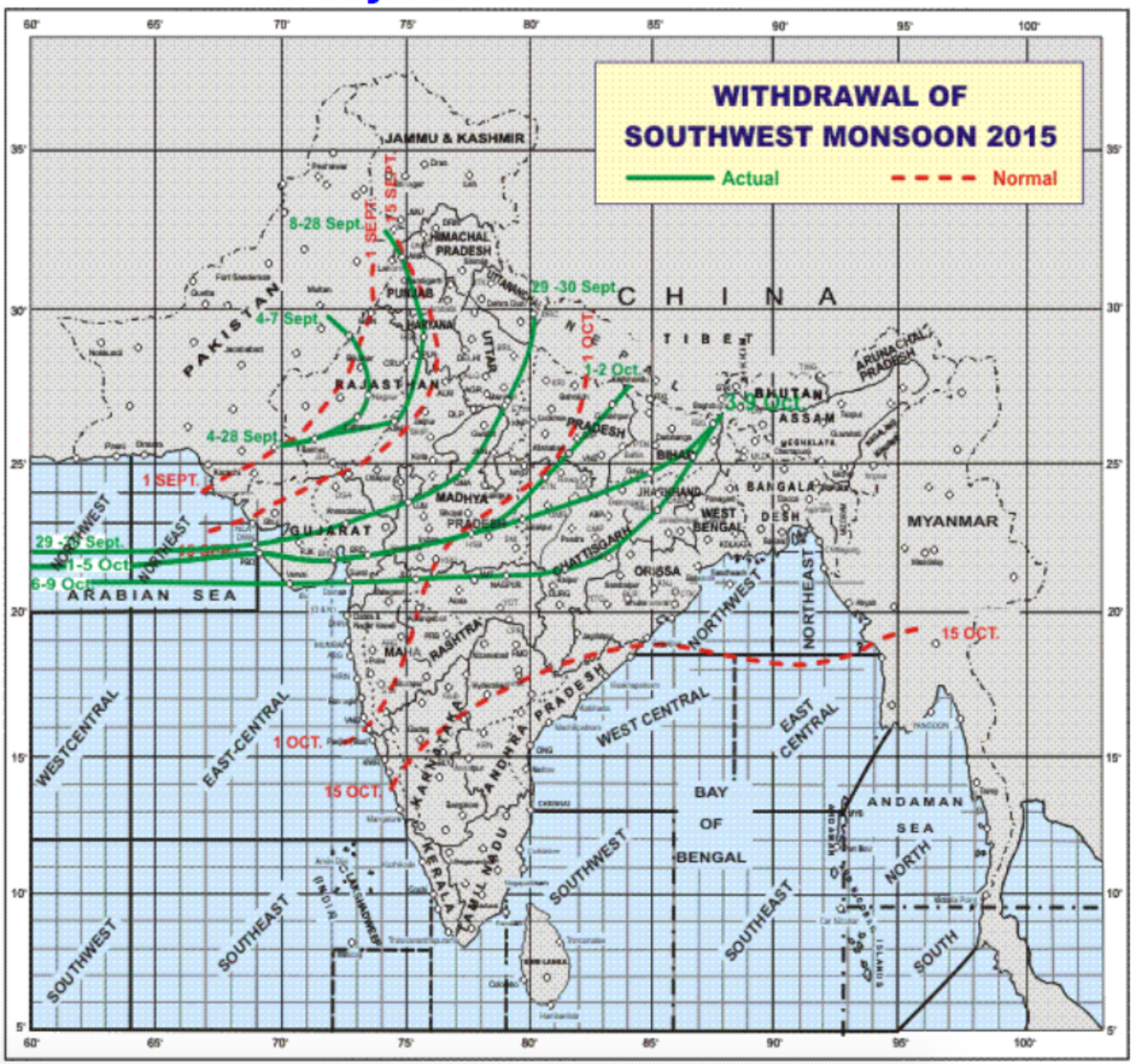 It is important to note that the depression in the Arabian Sea is at a safe distance from the western coast of India, particularly from the coast of Karnataka, Goa and Maharashtra.

The sea surface temperature in this region is around 29°C which is good enough for its intensification. However, it looks like it is being troubled by moderate vertical wind shears (roughly it is the change of winds with height). Such systems need relaxed vertical wind shears to develop. Phailin and Hudhud could intensify so much in their final stages because the vertical wind shears around them were completely relaxed. 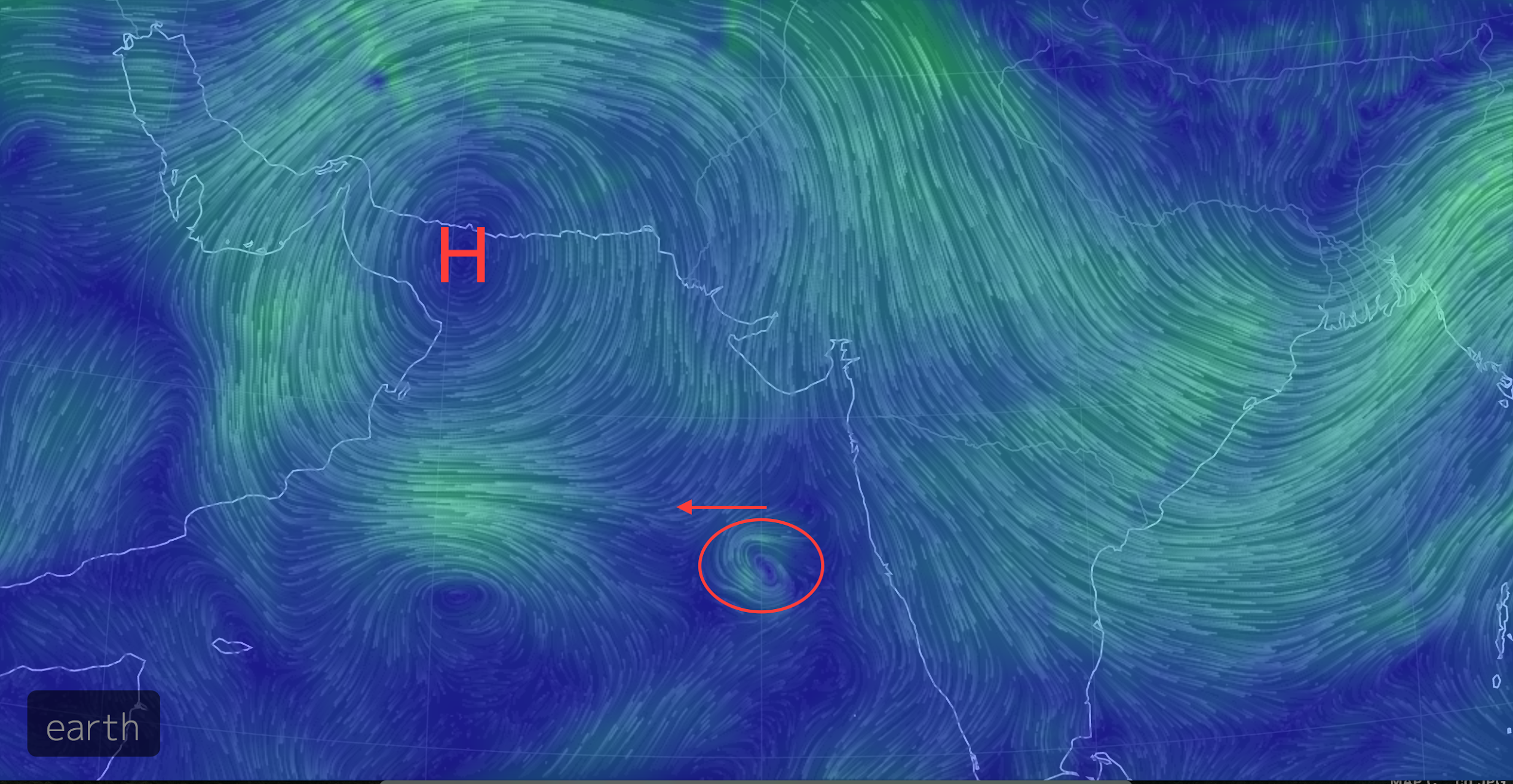 As per various weather models, this depression will move slightly northwards till Sunday, and in this process, it will slightly intensify due to other favourable factors.

After Sunday, this system will come under the influence of an upper air high-pressure region (having clockwise winds) which will be positioned over the Northern Arabian Sea (see image above). This high pressure will steer the depression in mostly the western direction, that is away from India. IMD believes that in the next 48 hours, this depression can intensify into a deep depression.

Thus, there is no perceived threat to the western coast or other parts of India. However, under its influence, there will be some possibility of rainfall along the western coast of Karnataka, Goa and Maharashtra till early next week.

At this stage, people in Yemen and Oman must keep an eye on this system. If this system survives and does not die in the Arabian Sea, it can bring rainfall in these two places after October 15 (Thursday).

As was expected, the robust withdrawal of South-West monsoon has taken place in the last few days. Monsoon has now entirely withdrawn from north India and parts of central India.

As on October 9 afternoon, the withdrawal line of south-west monsoon passes through cities like Forbesganj, Ranchi, Raipur, Nagpur, Jalgaon and Veraval as per the IMD. The withdrawal process is expected to resume from the next week and monsoon will likely to withdraw from Maharashtra by October 15.

Mainly hot weather, with somewhat pleasant nights, will continue in north Indian plains and central India in the coming days. The maximum temperature will likely to stay above 35°C in New Delhi. But Mumbai may witness more hot days in the next week with maximum temperatures possibly touching 35°C.