How do you vaccinate a honeybee? 6 questions answered about a new tool for protecting pollinators 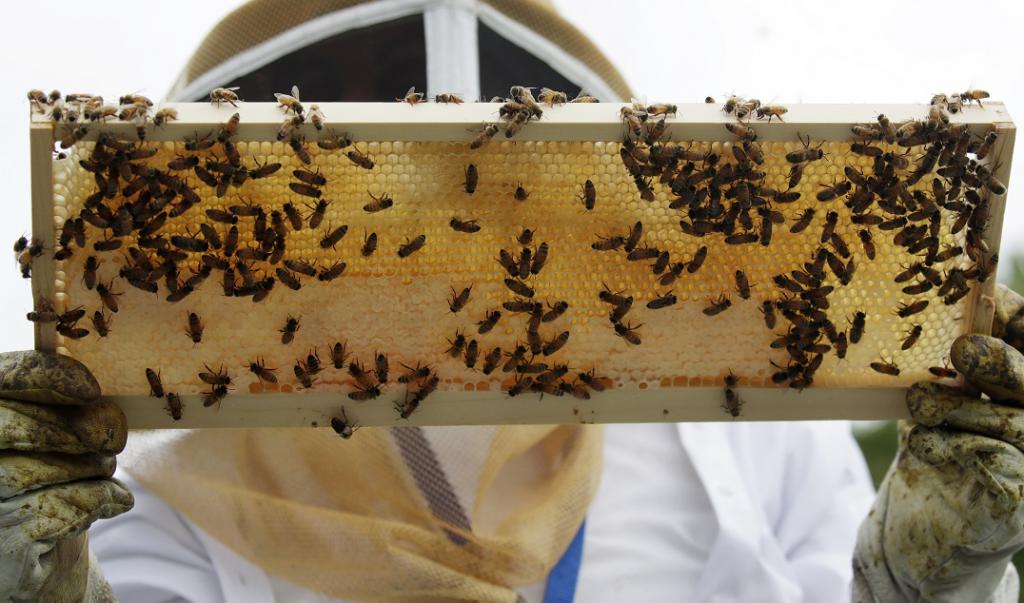 Honeybees, which pollinate one-third of the crops Americans eat, face many threats, including infectious diseases. On Jan. 4, 2023, a Georgia biotechnology company called Dalan Animal Health announced that it had received a conditional license from the U.S. Department of Agriculture for a vaccine designed to protect honeybees against American foulbrood, a highly destructive infection.

To receive a conditional license, which usually lasts for one year and is subject to further evaluation by the USDA, veterinary biological products must be shown to be pure, safe and reasonably likely to be effective. Dr. Jennie Durant, an agriculture researcher at the University of California, Davis, who specializes in honeybee health, explains why this vaccine is potentially an important step in ongoing efforts to protect pollinators.

1. What threat does this vaccine address?

An outbreak of American foulbrood is effectively a death sentence for a bee colony and can economically devastate a beekeeping operation. The spores from the bacteria, Paenibacillus larvae, are highly transmissible and can remain virulent for decades after infection.

Once an outbreak occurs, beekeepers typically have to destroy any bee colonies that they know were infected to avoid spreading the disease. They also have to destroy the hive boxes the colonies were stored in and any equipment that may have touched infected colonies.

Beekeepers have used antibiotics preventively for decades to keep foulbrood in check and treat infected colonies. Often they mix the antibiotics with powdered sugar and sprinkle it inside the colony box. As often happens when antibiotics are overused, scientists and beekeepers are seeing antibiotic resistance and negative impacts on hive health, such as disruption of the helpful microbes that live in bees’ guts.

In 2017, the U.S. Food and Drug Administration began requiring a veterinarian’s prescription or feed directive to use antibiotics for foulbrood. While this regulatory change sought to address antibiotic resistance, it limited beekeepers’ access to antibiotics and their ability to treat foulbrood preventively. The vaccine would ideally provide a more sustainable solution.

2. How effectively does the vaccine prevent infection?

Studies are still analyzing its effectiveness. One published study demonstrated a 30% to 50% increase in resistance to American foulbrood in a vaccinated queen’s offspring.

While this might seem low, it’s important to put the results in context. Given how deadly and contagious American foulbrood is, researchers did not want to directly expose an outdoor hive to foulbrood with an unproven vaccine. Instead, they conducted lab studies where they exposed test hives to around 1,000 times the number of American foulbrood spores a colony would typically be exposed to in the field. Dalan, the manufacturer, has field trials planned for 2023.

3. How do you vaccinate honeybees?

It’s not done with tiny needles — beekeepers mix the vaccine into bee food. This approach exposes queen bees to inactive Paenibacillus larvae bacteria, which helps larvae hatched in the hive to resist infection.

This is not a mRNA vaccine, like the Pfizer and Moderna COVID vaccines. It’s a more traditional inactive vaccine like the one we use against polio. To understand how the vaccine works, it’s helpful to know what queen bees eat: a protein-rich substance called “royal jelly” that is secreted from glands on the heads of young worker bees.

When queen bees are shipped to a beekeeper, they are typically placed in a small cage with 50 to 200 worker bees that have been fed something called queen candy. This substance is often made with powdered sugar and corn syrup and has the consistency of sugar cookie dough or modeling clay. Worker bees consume the candy, produce royal jelly and feed it to the queen.

The vaccine’s delivery method uses this unique system. A beekeeper can mix the vaccine with the queen candy, which is then digested by worker bees. They produce royal jelly and feed it to the queen, who digests it and then transfers the vaccine to her ovaries. Once she is transferred to the hive and begins laying eggs, the larvae that hatch from those eggs have a heightened immunity to American foulbrood.

4. Who will use the vaccine?

According to representatives at Dalan, limited quantities of the vaccine should be available starting in spring 2023 to commercial beekeepers and bee producers, with the aim of supplying smaller-scale beekeepers and hobbyists in the future.

Dalan is still researching the specifics. Its current understanding is that it will last as long as the queen bee can lay eggs. If she dies, is killed or is replaced, the beekeeper will have to purchase a new vaccinated queen.

6. Is this a big scientific advance?

Yes — it is the first vaccine for any insect in the U.S. and could help pave the way for new vaccines to treat other issues that have plagued the beekeeping industry for decades. Honeybees face many urgent threats, including Varroa mites, climate change and poor nutrition, which makes this vaccine an exciting new development.

Dalan is also working on a vaccine to protect bees against European foulbrood. This disease is less fatal than American foulbrood, but is still highly infectious. Beekeepers have been able to treat it with antibiotics but, as with American foulbrood, they are seeing signs of resistance.