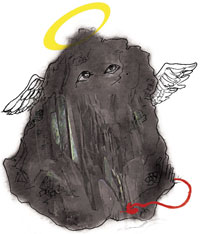 The United States has always been the climate change renegade. For the past 25-odd years, since negotiations for a global agreement to combat the threat of this potential catastrophe began, the US has been the naysayer, pushing against a deal, weakening the draft and always hiding its inaction behind the legitimate growth of emissions in countries like China and India.

This much we know. We also know that this issue has lost so much traction in that fuel-guzzling country that Barack Obama, who came with a promise of change, has backed down on any discussion on climate change. In 2008, after he was elected on a promise of change in the climate change policies of the Republican government, Obama announced, “this is the moment when the rise of oceans began to slow and our planet began to heal”. But since then, little has happened to cut emissions at the scale and pace needed. In the current elections, Obama does not mention the C-word and climate change is a non-issue. The US has no interest in taking the lead in this matter. But, as I said, this is what we know. There is a new development afoot that could push the US to ‘clean energy’ but the zillion-dollar question is if this will be good or bad for the future.

The US, it is said, is close to a shale gas-revolution. Reserves of this natural gas—which is extracted from deep rock formations using hydraulic fracturing—are said to be huge. The US Energy Investigation Agency’s 2012 estimate is that recoverable natural gas reserves are some 860 trillion cubic feet—enough to last 40 years at current consumption levels.

The most important development is that this highly intrusive extraction of gas, which involves pumping a concoction of water, chemicals and sand deep into the earth to unlock gas trapped in shale formations, is turning out to be cheap. The price of extraction and sale has dropped to as low as US $2.5-3.00 million cubic feet—making it so dirt cheap that it can compete with coal and all other energy sources. It is the game-changer in global energy supply and also a possible game-changer in climate change. The combustion of natural gas emits roughly half the carbon dioxide emitted by coal or oil per unit of output. This means the US can substitute its coal power stations with gas, cut its emissions, without doing anything to reduce energy use. It can also replace gas in the transport sector, by either using it as compressed gas or liquefying it. All this means more business, more jobs and less pollution, without the dreaded C-word and the imperative of changing lifestyles or reducing consumption.

The excitement is so high that the country, it would seem, has little time to spare on the downside of this energy source. There are clear present dangers in shale gas extraction. One, the opportunity cost of the huge quantities of water, needed to push open the gas trapped in rocks. Two, there is potential of deadly contamination of groundwater from the mixture of chemicals used in the process. Not enough is known about the chemical concoctions, because companies say the chemical formulae, essential to break down shale, is proprietary and they will not disclose it. The water and chemicals first pumped down are also pumped back up— water flows back up the hole after the wells have been fractured. Disposal of this wastewater is a challenge, admits the USEPA. Then there is the danger of earthquakes, caused by both hydraulic fracturing and disposal of wastewater into deep wells. As yet, little is known or understood of these problems.

Local communities in US states are on the warpath against moves to change land use to allow drilling and against contamination of water. Pennsylvania’s senate has passed legislation allowing drilling but a New York court has struck down the power to change land-use zoning.

US environmental groups are also divided—between the enormous potential of this gas-transition to combat climate change and the present dangers of its extraction. Sierra Club—a powerful green group—is a strong proponent of gas. A recent expose in the US media put this down to the huge donations—often secret—it has received from gas companies to run its anti-coal campaign. But all said, the push for this ‘clean’ gas is inexorable.

The other big question is what will the gas-rush do to the fight against climate change? The world needs to find inventive technologies for the transition away from fossil fuels. Natural gas is at best a transitory option. But the new availability of this underground reserve at cheap rates will mean that there will be less incentive for new research and investment in new technologies. Solar energy, even with its decreasing costs, will be uncompetitive to gas. The fuel switch at cheap rates will also provide no real price option for industries to invest in efficiencies or new clean technologies. What will this do to the clean energy futures of the world?

The fact is that the world does not need another cheap energy option. It needs options, which will drive it to secure its future, not just the safeguard the present. The shale gas ‘revolution’ could be what does not work in this interest.