Stepping on the PDS snake in Dantewada 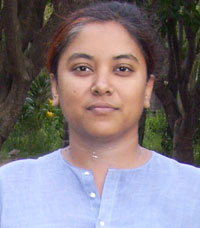 “Where is the PDS store, bhaiya?” To me the enquiry is simple enough, but the weary 40-something man gives me a suspicious look, then gestures mutely towards a deserted building with no yellow signboard – nothing that indicates it houses a PDS store.

Inside it, a tense Daymati Setya, who runs the store, informs that the sign has been stolen, “We don't know by whom, but not someone in the village.” It turns out that there are more things that get stolen mysteriously, including rice for midday meals, and again, no one in the village is guilty.

“It is the Naxals of course,” says Nikita Chauhan, a researcher with Mitanin programme, who was born and brought up in Naxal-affected Tongpal town of Dantewada district. “Villagers dare not say it because every word is reported, and you never know who is the spy.”

She says the Maoists in the area routinely steal or extort PDS grain from villages. “One of the first things they do in a village is to remove the PDS store board.” Leda, another village in Dantewada, she informs, is in danger because the residents recently complained against Maoist activities.

Moving towards village Palame, Nikita points at a carved and painted wooden pillar showing tribals armed with bows and guns. “A man was dragged from his home and slaughtered here,” she says, “and this pillar was built by Naxals as their symbol.” When I try to get a picture, she warns me not to get out of the car.

As the car rushes along the newly constructed road deeper into the troubled district, Nikita and freelance TV journalist Sanjay ‘Rintu’ Bhadolia describe what's it like living in Dantewada. The new road, explains Nikita, already has “tiffin bombs” buried underneath that can be detonated at will. “Tiffin bombs are planted at the time of construction itself,” says Bhadolia, “It is open knowledge.”

For all its spanking newness, the road is dug up and damaged at every culvert. That turns out to be a regular practice as well. “It is easier that way to cut a road off when required,” says Nikita. Then Bhadolia tells the story of how a marriage party was rounded up by an armed group at night and forced to dig up a road. “Even the groom, with all his finery, was made to work.”

A boy of about 16, sitting near the Panchayat building in village Pusguna in Chichgadh block as we arrive there, wants to know why I am making inquiries about PDS. “Have you come from Raipur?” No, from Delhi. From the Mitanin Programme, I reply as I have been told to. Journalists and people who ask about PDS are not very popular in this area.

The boy, Hemant Meshram, relaxes, then says, “We get just 25 kg of grain every month, instead of the 35. It is the same in every village. You should visit Jangampal.” Is that a safe place to go? The inquiry comes from Loveleena Jangde, who works with the Mitanin programme in Bastar, and knows a thing or two about the Chichgadh block where she was born and brought up. “Yes yes. Very safe. You can go.”

We decide to follow the advice. On the way, a thirty-something man asks to be given a lift to Jangampal, and turns out to be Madkaran Soni, the sarpanch. In the car he talks continuously about the ills that plague the village, but once we come to a halt, he behaves subdued and answers questions reluctantly. “Where is the PDS shop?” I asked. “There is no shop. Rations come to the village literacy centre once a month,” he replied. “Do they get full rations?” I again questioned. “Hem, ha, yes,” he replied reluctantly.

This village too is deserted. Barely minutes after our arrival, a bicycle screeches to a halt, and I recognize Hemant Meshram from Pusguna. He avoids my eyes. Riding pillion is a 25-year-old man, who immediately starts shouting that he does not like “journalist” coming and photographing the literacy centre (which is what I had just done).

I try to tell him I am not a journalist, that I come from the Mitanin programme. “I don’t care where you are from. You are a journalist, and we do not like you people coming with cameras.” There is a strong stench of liquor. I look at the sarpanch, but his face has become awkwardly frozen with strain. Two middle-aged stragglers who were talking cheerfully earlier are now dumb.

Disgusted at the heckling, I get back in the car followed by Loveleena and Nikita. Then I notice that both are trembling like leaves. “Don’t you see, he is a Naxal?” whispers Loveleena. Bhadolia is now tackling the man in question, and voices are getting louder. The driver starts the car, and we frantically call for him to get back in. But two bicycles have already been ranged before the car, blocking the road.

After a very long minute, Bhadolia breaks away and gets into the car. The Naxal is hurling abuses. The engine roars, and Hemant and a teenage boy reluctantly remove the bicycles. Hemant looks disappointed, as if cheated out of a good bit of adventure.

“That boy is in for it now,” predicts Bhadolia, “he acted too fast.” The fact that we had nearly been booby-trapped now begins to sink in. That the sweet-faced child Hemant was the one to set the trap is the worst shock.

Bhadolia, who is known to be on the Naxal hit list for some of his stories, however, appears to have a clear grasp of the situation. The drunk guy looks like a ground-level Naxal dalam worker. Hemant was probably just looking for a bit of thrill, or a pat on the back from the dada log (local term for Naxals).

But it is time to clear out. “The news will now spread like fire, and it is risky to be in the area any more,” says Nikita. As we race back towards Tongpal, Bhadolia says that extortion of PDS grain is a common feature in the entire Chichgadh block since years. “About a year back, we learnt that all villages in the block were getting just 25 kg grain per household. Immediately a team of journalists got together to visit. But when we learnt what the matter was, we did not go. You can stick your neck out only this far.”

Of course, the dada log are not getting the entire 10 kg per household of grain. “I later learnt that the ‘order’ was just for five kgs. The local PDS supplier was using the opportunity to take a ‘cut’,” Bhadolia laughs. As we cross the border into the safety of Bastar district, Loveleena remarks, “We are really lucky today is August 13.”

In the days before the Independence and Republic days, she explains, Naxals are busy organizing village meetings, planning for “something big”, and do not have time for their usual activities. That explains why most of the villages were deserted – people are forced to attend the meetings. “I would not like to be caught making inquiries about PDS in Dantewada on a normal day.”