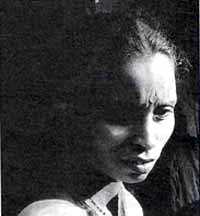 IS THERE anything new to be said on the subject of women and health? The first impression of-the section on this topic in the government's Draft Country Paper for the 1995 Beijing Conference on women is that everything the women's groups have been saying for the last 2 decades is now being retold in a curious mixture of officialese and feminist jargon. First impression, that is. Read between the lines and into the phrases and it becomes obvious that Me entire 8-page section on health in the draft could do with a healthy overhaul.An effort to modify the government's statements on health was initiated on September 24 at Vadodara during a brainstorming session organised by the Lok Swasthya Mandal, which coordinates the activities of the Gujarat Voluntary Health Association.
While discussing the impact of environment and occupation on women's health, it was agreed at the meeting that the root cause of most of the problems of the women originate in poverty and underprivilege. Poverty should be the primary focus, and within that the gender differential should be given due importance. For instance, a participant who has worked with the Narmada oustees observed that when primary, needs" are discussed with the displaced people, the provision of toilets is always expressed by women as a felt need, never by men.

Although there was some disagreement at meeting about balancing the poverty-gender question, the consensus held that in the context of women's health, no development, rehabilitation at poverty-alleviation programme should be drawn up without adequately ascertaining the women's needs and wants.

It was also felt that it is not enough for the government to merely record that women fetch water and gather fuel, and that environmental change have intensified their drudgery. It is the government's development model that adversely affects the have-nots and women are specially affected because of their sex. The way the draft singles out the gender angle seems to suggest that all the problems are caused by socio-cultural circumstance conveniently bypassing the role of development policies and their impact on people.

One interesting point made during the meet was that housing is a health issue, particularly foe women. Health conditions in the dwelling place affect women who do all the domestic work as well as the home-based productive work.

There was scepticism over the document's complacent references to the government Is nutrition, anaernia control and food programmes. The way the draft cites 'preference for a son' as a reason for poor health resulting from too-manv pregnancies also drew a lot of flak. It was felt the government had actively contributed to the phenomenon by failing to prevent female foeticide through effective legislation.

Also deserving mention is the suggestion regarding health education. Health messages aimed at women are confined to contraception, small-family norm, nutrition during pregnancy, breast-feeding and immunisation. Since it is the women who buy over-the-counter drugs and junk food, it was felt that health education should include information on rational therapy and harmful drugs, as well as on the irrationality of most of the tonics and health foods that are in the market.

One also needs to look at the problem of difficult acceu to health care by poor women, contrasted with the over medicalisation for the better-off. Other issues which need attention include stress, mental health, healthcare benefits for the organised and unorganised sectors, and the thorm question of whether occupational health norms are backfiring on women by reducing access to employment. Hopefully, these issues will figure at future discussions and get reflected in a parallel document containing the non-governmental view.