The donkey has his day 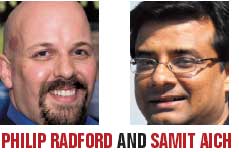 US president Barack Obama completed 100 days in office recently. When he assumed office, the world's most powerful country was in the grip of financial crisis. Its stance in climate change negotiations was also questioned. Hundred days after Obama assumed office, one thing has become clear the president is willing to mend matters but Congress is weak.

Democrats enjoy a clear majority in the Congress. But legislation on climate change is still at a slow pace. Republicans are completely against measures that account US' current and historical contribution to global warming. A small but decisive fraction of Democrats, especially from the coal producing states, have also got cold feet.

The Obama administration has, however, given itself a powerful tool to achieve its goals in matters pertaining to climate change--the tool in question is the proposed Endangerment Finding, a formal declaration by the Environmental Protection Agency that global warming indeed threatens human health and welfare.

Once the administration issues the final declaration, the administration will get sweeping authority to decide how to reduce emissions from power plants, vehicles and other sources, how much and how fast. It will no longer have to go through Congress. No horse-trading with hostile Republicans. No need to throw tens of billions of dollars at the oil and coal industries to win the votes of polluter-friendly members of Congress. No need for 60 votes in the Senate. It will be just a question of the Environmental Protection Agency looking at the science, listening to public comment and deciding how best to protect the planet, public health and the economy. With this authority, the administration can do what has been dismissed as politically not feasible, but what scientists and others warn is environmentally and economically essential reducing US emissions by 25 per cent to 40 per cent below 1990 levels by 2020. 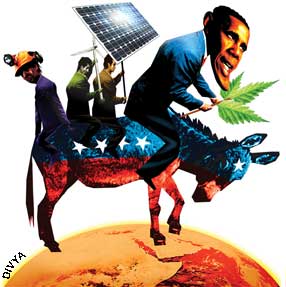 If Obama learns from the mistakes of his predecessors and quickly establishes aggressive targets, he will actually set the bar for Congress. Senators might well want to lower costs for polluters. But it's unlikely that they will pass the Obama test. So legislative action will have to at least equal executive action.

This is hardball. But hardball is what it's going to take to solve the climate crisis and create a green economy. At the end of the day, Obama can't afford to let Congress set the schedule--or unilaterally decide the fate of the planet. The process is not just a matter of American domestic policy. If the US does fulfill its ambition to overtake the rest of the world in energy efficiency by installing renewables, every other country will have to reorient its energy policy. Any country that continues to invest heavily in outdated fossil-based technologies, will face economic risks.

India will also require to phase out its dependence on coal and shift to renewables, at least significantly. But the question is will India become the leader in renewable energy technologies? Or will it import the technology?

India's renewable industry seems to be ready for this challenge. But it lacks political backing. The new government would be well advised to use its first 100 days to come up with an ambitious renewable energy law.