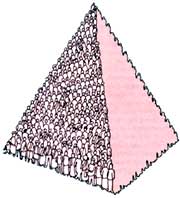 I ATTENDED the Cairo Conference on behalf of the International Union for the Scientific Study of Population (IUSSP), the world's largest and most prestigious professional association of scholars and population experts. The IUSSP has the status of an accredited NGO with the United Nations.

Here, then, are a few observations on the conference.

• United Nations conferences are government conferences and should not be judged from the yardstick of academic scholars. But for the striking role of the media, the conference on population would have been lacklustre. The press and the electronic media did play up the abortion issue and the conference itself became controversial. But in the process, one positive development was that moral and ethical issues were centrestaged. Instead of parroting that the world's population of 5.7 billion is heading for 10 billion in the near future, the most talked about statistic was 8.25 -- the paragraph dealing with abortion in the Programme for Action.

• I feel that the 3 prep-con meetings organised by the UN in New York were a waste of time and money -- almost everything was discussed de novo at Cairo. The 113-page document could have been drafted better. There was no need to keep hammering on "sexual health", whatever that may mean, in the document. I understand from friends in the United Nations that the document was based on 6 expert committee meetings held by the UN. But demographic experts may not be good in English and certain phrases translated into Arabic have different (even pornographic) meanings. • Because of the inordinate time spent on the abortion issue, development issues were not adequately discussed. According to critics, although the conference was on Population and Development, it was really a conference on family planning.

The Vatican always spoke up for the institution of family and marriage. Unlike what some press reports said, nobody ridiculed the Vatican. In fact, its delegation was the most well-prepared and its speeches impressive. Islamic countries, in particular, appreciated the respect shown by the Vatican for moral values, marriage and the family.

The Vatican also took the stand that there was no such thing as "safe abortion". I was most impressed by the powerful speeches made by members of several feminist organisations (which included women activists from the West as well as from the developing countries).

The pattern of resource allocation confirms the view that development got the back seat. In the name of human development, are funds to be mobilised mainly for family planning? I have a feeling that the buck has been passed on to the Copenhagen conference in March 1995. Thereafter, there will be another conference on women in Beijing in September 1995, followed by a Conference on HABITAT-II lined up at Istanbul.

In typical UN style, the Cairo document says the following about the follow up of the conference:

As far India is concerned, the government had appointed an expert group under the chairpersonship of Dr M S Swaminathan to draft a national population policy. The draft was submitted to the Union minister for health and family welfare as well as the prime minister in May 1994. It was also tabled in Parliament soon after.

Unfortunately, because of the boycott of most of the monsoon session, the population policy was not discussed in Parliament. The Swaminathan committee had recommended a major paradigm shift in the whole approach to the family planning programme. It had also recommended the establishment of a Population and Social Development Commission and the creation of a Population and Social Development Fund. The policy recommended is pro-poor, pro-women and pro-nature. The recommendations are in tune with the programme of action of the Cairo conference.

It is doubtful if the bureaucracy in the department of family welfare will ever take the initiative for any radical steps. I feel that the ball is squarely in the prime minister's court. Will he opt for status quo and wait for the next UN Population Conference in 2004?