The imperatives of governing world’s forests 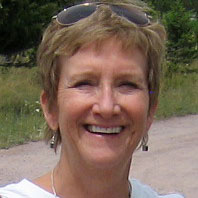 More than a century ago Gifford Pinchot, first Chief of the United States (US) Forest Service, reflected to some international forestry colleagues that most wars—both small and large—were fought not over ideology, but over natural resources. He mused that when we carefully manage our natural resources, including forests, we are indirectly contributing to world peace. In just a few words decades ago, Pinchot said what we now know only too well: forests are critical to life on planet earth, to sustaining lives, reducing conflicts, and mitigating the effects of climate change. In his less than five years as the Chief of the Forest Service, Pinchot—a master in forest management and governance— established principles that remain foundational to the agency’s core practices today.

But governing the world’s forests today is not what it was in the early 20th century, and frankly not what it was even a few years ago. In an ever more global world, change is happening fast: new technologies offer inevitable transparency in governance; global markets drive immediate and large scale forest conversion; and climate change is forever changing forest landscapes across the globe. Even the most visionary leaders could not imagine this immensely complex management environment. In fact, it is this environment which led some of us leaders of public forest agencies to challenge ourselves to do something very different.

For the past eight years, leaders of public forest agencies from the world’s most forested countries have been taking part in a remarkable series of meetings convened by the Rights and Resources Initiative (RRI) at various locations around the globe. This informal group of senior officials, called MegaFlorestais, discusses challenges and shares experiences on critical issues affecting forests and forest peoples, including climate change, market transitions, forest tenure, poverty alleviation and public governance. Given that public forest agencies officially control over 70 percent of all forests worldwide , with the vast majority of this forest land in MegaFlorestais countries—Australia, Brazil, Cameroon, Canada, China, the Democratic Republic of Congo, India, Indonesia, Mexico, Peru, Russia, and the US—, the outputs of this group can provide global insight into forest management in the immediate and longer-term future.

The most recent meeting of MegaFlorestais, hosted by the Cameroonian Ministry of Forestry in May 2014, discussed “the architecture of forest governance for the twenty-first century.” In considering this topic, the MegaFlorestais members agreed that forests and the demands of forest peoples will be different in the future, that changes are coming at a dramatically faster pace, and that new—and sometimes radically different—approaches to forest governance are required. The group summarized the future of forests globally as follows:

Due largely to continued deforestation in the tropics and climate change, there will be fewer natural forests in the tropics and expanded forests in the boreal zone in coming decades. Fires, pests, droughts and related climate disturbances will be much more frequent. Expanded investments in mining, agriculture and energy development in forest areas will lead to the construction of more highways, railroads and pipelines that cut through the remaining natural forests. Forests everywhere will be younger, simpler in structure, and more fragmented. Overall, these changes will make forests much more difficult to manage, and in many ways much more costly, and the products from them will be less predictable, affecting the potential supply to markets, employment, the livelihoods of local peoples, and revenues to governments.

The 80 percent of the world’s poorest people who live in and depend on forests for their livelihoods will be most affected by these changes. Rural populations are projected to increase in most developing countries (although not as quickly as urban populations). Like everyone else, these people are looking for a better future. Many are using legal, political, and market systems to assert and affirm their land-based rights. They want more influence over policies that affect them, such as forest tenure, regulations, and financial incentives, and they seek new trade and market opportunities. As rightsholders, they are expecting real-time information and a collaborative —if not a lead—role in decision-making.

National and global markets for forest products are also changing rapidly and in novel ways. For example, there is a rapid shift towards plantations as the leading source of commercial fiber; domestic markets remain important in many countries but continue to be largely overlooked in global policy development; demand is increasing for wood as energy and for both new and traditional non-timber forest products, including biofuels, and new products using nanotechnology; and there is an emerging understanding of the need to conserve natural forests for their ecosystem services, such as the provision of clean water. Demand for forest land is high, as they are some of the most fertile for other uses. To complicate matters further, some countries are still sorting out how to allocate their land between forest, agriculture and energy production, as they contemplate food and energy security with growing populations.

Worldwide, forest governance must transform to meet these new challenges, making them inherently more complex. Many public forest agencies operating today, including those of Russia and the US which were established at least a century ago, were culturally and organizationally designed for simpler times. Others—such as those of Brazil and Peru—are new and have revised their policies and structures in an attempt to reflect contemporary trends and needs. Regardless of the differences in institutional age, organizational structure, and even the political system in which they operate, many of us former leaders of public forest agencies across the MegaFlorestais countries believe the following principles are essential to guide the future of effective forest governance. As Gifford Pinchot proved with his management precepts, we also feel that these principles can guide agencies beyond the work that existing laws and regulations have them do to improve the management of the world’s forests:

1. Transparency in governance is fundamental.
Data on forests should be freely available and easily accessible to citizens. Citizens must have a voice in creating and adapting forest plans, strategies, laws, and regulations that affect them, and there should be clear and fair grievance procedures for resolving disagreements.

2. Clarification of tenure (land rights and ownership) must be a key priority of governments.
In large forested countries, public forest agencies should be willing partners and leaders in policy changes on forest tenure. Recognizing the rights of communities and Indigenous Peoples is an essential step in advancing human rights, alleviating poverty in forest areas, and preserving the forest.

3. Inclusive governance is necessary.
People demand to be involved in forest governance that affects them. Equally important, governmental systems that effectively engage citizens in forestry lead to more resilient and sustainable decisions because of the trust and support that inclusive governance brings.

5. Forest leaders must acquire new skills.
Across the world, public forest agency leaders are facing challenges unlike any they have faced before; they must hone their skills and those of their staff if they are to lead effectively.

MegaFlorestais leaders acknowledge that these responses require courage and humility. Clearly this century will bring unprecedented changes to the world’s forests. Forest agencies can positively influence this future or be casualties of it. As a former leader of a public forest agency—with many others past and present— I strive for the former. Sally Collins is Fellow, Rights and Resources Initiative