The nature of human health

It's high time that we invested wisely in a robust environment, a prerequisite for public health 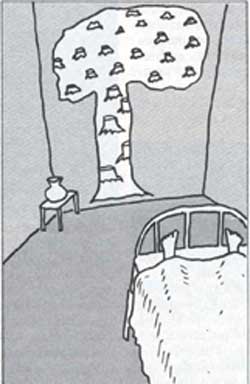 IT NEEDS little imagination to realise that a degraded environment undermines human health. But the linkage between a deteriorating environment, economy and increased health vulnerability needs to be seriously examined. Of still greater importance is the necessity to integrate health interventions with local needs to reverse the downward spiral. The link between deforestation and local human health is a case in point.

James Lovelock, famed for the Gaia "one world" theory, has imaginatively illustrated a way of valuing forests by recognising their capacity to release vast volumes of water vapour, thereby keeping the surrounding regions cool and moist. By value-adding their "air-conditioning" capacity, Lovelock calculated that it would cost L810 per ha to achieve a cooling effect equal to that of a refrigerator with a cooling power of 5.67 kilowatts per ha.

Lovelock compared costs. What follows might sound facetious but it's not: the value of an acre of tropical forest cleared for cattle-raising in South America was equivalent to about 750 beefburgers a year (each beefburger consumed is equivalent to the sustained cooling power of 5.1 sq ft of land). In fact, deforestation in the Brazilian Amazon contributed 1-2 per cent to the annual global production of greenhouse gases through 1980-88. This is no mean amount.


It has been suggested that industrialised countries pay developing countries with important reserves of tropical forests to prevent forests from being destroyed. A reasonable price arrived at for refraining from releasing arboreal carbon is approximately $40 per hectare per annum. The following facts were taken into account: the carbon content of primary tropical forests is estimated at between 30 and 90 tonnes per hectare; the losses that would accrue to industry in UK if carbon emissions are frozen would have to be offset by a "carbon tax" of $25-50 per tonne of carbon; and, finally, the market value of Amazon land is US $20-400 per ha.

This is the basis of "environmental resource accounting", a spreadsheet produced by joint economists-ecologists brainstorming. Nature must be treated as natural capital which, like traditional capital, should not be allowed to erode. Without this fundamental change, we become participants in a dance of destruction.

The "opening up of the tropics" was but a natural step in the strategy for dominating economic and political interests in the 19th and early 20th centuries. The so-called European schools of tropical medicine were the scientific arm of the blitz for the "conquest of the Tropics". Both the London and Liverpool Schools of Tropical Medicine were actively supported by merchant and shipping companies with business interests in the tropics. Public health, in short, at least around the turn of the last century, was linked to exploitation, much of which resulted in the destruction of large tracts of tropical forests.

The relationship today is probably not as clear cut. "Sustainable development" aims to improve the quality of human life within the capacity of supporting ecosystems. In such a context, public health has multiple roles to play. Healthy people can invest energies in economically profitable activities, and are essential for ecologically constructive work.

A study in Paraguay in 1968-70 which established a link between malaria-affected people and cropping patterns found that families afflicted with malaria steadily lost income because they were too weak to care for crops. These families preferred cash crops to boost immediate income, neglecting important food crops.

This kind of sustainable development is based on a simple logic: that it is more worthwhile to invest in people and the environment, where both are "deteriorating

", than to invest in further deterioration and consequential repair work. The "mapping" of health-environment linkages is imperative. In the past, the economic balance sheet did not include natural resources or the welfare of local populations. But today, sustainable development is positing a methodology that would place human and ecological interests a notch higher than economic ones.

After all, what is coming into being now being now is what Herman Daly, senior economist in the World Bank, said: "There is something fundamentally wrong in treating Earth as though it were a business in liquidation."

Socrates Litsios is a scientist associated with the Operational Research Unit of the World Health Organisation.