The unaccounted wealth that leaves our shores

The Indian government invests Rs 34 lakh to educate each IIT graduate. It therefore has the moral authority to get him or her to work for the country, at least for a period of five years 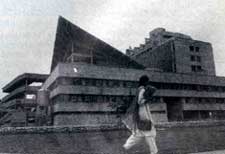 THE FIRST Indian Institute of Technology (IIT) was set up at Kharagpur in 1952. Since then, around 37,000 B Tech graduates have passed out of this and the four other IITs in Kanpur, Delhi, Bombay and Madras.

The estimated annual income and expenditure of these five institutions are about Rs 20 crore and Rs 90 crore respectively. In other words, with the funds required to operate the five IITs, India can operate as many as 370 five-year degree colleges or 2,200 high schools. The moot question is: does India derive benefits commensurate with the investment it has made and is still making in these five institutions?

If a significant percentage of students from Harvard, MIT (Massachusetts Institute of Technology), Columbia, Stanford and the University of Chicago were to migrate from USA, the American government would be sure to take immediate steps to stop the migration. Why is it that we in India are indifferent to the fact that our brightest and most well-trained students are leaving our shores?

According to a 1986 report by the IIT Review Committee, only 20 per cent of IIT students settle abroad. A report by Bombay IIT done in 1987 estimated a 31 per cent migration and a 1989 report by Madras IIT put the figure at 28 per cent. However, according to my own estimates, based on a computer listing of Madras IIT graduates (numbering over 1,500), which is presently being maintained in Houston, the figure is close to 50 per cent.

But I would like to ask a more pertinent question. How many IIT graduates are migrating today soon after they get the degree? The shocking answer is more than 60 per cent. In a field like computer science, almost all successful students leave this country immediately. For most students, the real reason for wanting to migrate is the prospect of earning fabulous salaries.

Based on conservative estimates, which take into account details like the land value of these institutions, an IIT spends about Rs 34 lakh to educate a student. This is a hefty sum, indeed, to educate the sons and daughters of India's elite.

If these young people were to remain in India and work for this country's development, such an investment would have made sense. On average, an IIT student would have added at least Rs 6 lakh to the country's GNP annually, both directly and indirectly. Assuming a career span of 40 years, each IIT student has the potential for generating about Rs 2.4 crore. If 70 per cent of them migrate, then India stands to lose something in the region of Rs 2,100 crore per year -- a colossal loss, indeed. On the other hand, industrialised countries who welcome them with open arms gain something like Rs 9,100 crore annually. It amounts to a poor country generously aiding a rich country.

Is there any solution to this constant loss of talent and money? India, being a democracy, can hardly stop IIT graduates from going abroad. But having invested Rs 34 lakh on each of them, it has earned the moral authority to force IIT graduates to spend at least five years in the country before leaving it.