The debates, diatribes and rhetoric over the concept of sustainable cities have all been met with the resounding illogic of warped priorities: Southern cities have a resource crisis and Northern cities are plagued with over-consumption. In terms of global sustainability, the issues are as clear as a foggy evening in London 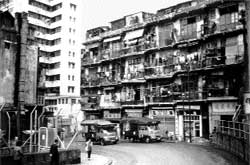 with the conclusion of the un Conference on Human Settlements -- popularly known as Habitat ii -- in Istanbul, Turkey, the definition of what exactly a 'sustainable city' might look like still remains largely unresolved. I am sure that those who built the ancient cities of Egypt and Greece might well have pondered over similar queries.

The bad news, which should not surprise any one is whether such a phenomenon (as sustainable city) actually exists. The good news -- which is even worse than the bad -- is that we have a pretty good idea what 'unsustainable' cities look like.

They look very much like the ones that you and I most likely reside in. This is not surprising for those who reside in cities like Bombay, Karachi, Mexico City, Sao Paulo or Nairobi. These, after all, are the cities people refer to when they talk about the world's urban crisis. What is, however, missed too often is that the crisis of urban sustainability may in fact be much more acute and is actually rooted in the cities that are often held up as models -- not simply bustling London, New York and Tokyo but even the less glamourous ones like Boston, Stockholm and Helsinki.

The analysis of urban sustainability follows an all too predictable and simple logic. A city is deemed to be in a crisis when it does not have the resources to sustain the needs of its inhabitants. If a city has limited resources and too many inhabitants, it is a city that acquires the label 'unsustainable' -- as in the case of Lahore, Calcutta, Jakarta and Rio de Janeiro. Indeed, such cities are in crisis and are truly unsustainable. But placing all the blame on too many people or too many 'poor' people, to be more precise, sounds too much like a cop-out; even if an all too convenient one.

However, equally obvious but routinely overlooked is the fact that a city might also be unsustainable if its needs are too high, and not just its resources are too low or the inhabitants too many. It is here that the real cost of the sparkling air of Helsinki, the serene charm of Stockholm and the colonial mystique of Boston needs to be more carefully analysed, especially if one wishes to place the issue of urban sustainability within the larger and much more important context of global sustainability. That many of these cities spend more in snow removal costs alone than many major Southern metropolises do in all human services combined, should be reason enough for us to pause and ponder not only about the horrendous inequity of our world, but also about the sheer arrogance of those who built large cities in such climes.

The Northern and Southern cases are diametrically different in quality. The first is concerned with whether inhabitants of a city have enough to survive. The second is focussed on whether the inhabitants are consuming far in excess of what they should be. In the first case, it is not that the hunger, misery, want and the homelessness of a Calcutta street-dweller 'cannot' be sustained; it is that it 'should not' be sustained if we as a species are to retain any sense of self-dignity. In the second case, the issue is entirely different in that the question here is at what global cost is the 'sparkling' air of Helsinki being sustained? Can it be sustained? And if it can, then can this sustenance be justified in a world where the vast majority of the people live closer to Calcutta's misery than to Helsinki's majesty? At the end of the day, these are the questions that are at the root of the sustainable city debate.