Too early to celebrate 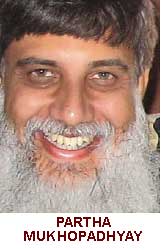 An apex order will only hit the large SEZs

The Supreme Court recently refused to stay the land acquisition proceedings in Raigarh, for the Mumbai Special Economic Zone (sez) promoted by Reliance Industries. According to section 11A of the Land Acquisition Act, if the process of land acquisition is not completed within two years from its commencement (June 8 in this case), the acquisition process becomes void.

The Maharashtra government will have to begin the process from scratch if Mumbai sez is to become a reality in its current form. Such a restart is considered unlikely in the immediate future given the upcoming state elections. However, regardless of how the government acts, there are a number of reasons it may not be the time to celebrate.

First, the effect of this decision is limited to large zones that are yet to be notified.So, people affected by 16 such sezs that propose to cover over 15,000 hectares (ha) could get some relief. However, it does not affect about 17 other notified sezs that span over 20,000 ha. The land acquisition process in these zones is complete, placing them outside the ambit of the current order. If anything, the order makes these zones more attractive by reducing the number of competing zones.

The decision applies to but does not affect 70 per cent of sezs that are less than 1 sq km. Land acquisition is not usually a problem for these smaller sezs, certainly not one that cannot be resolved within the two-year time limit. More than 200 such tiny sezs occupy a total area comparable to Mundhra in Gujarat, the largest of the notified sezs. The order may thus have the unintended effect of encouraging small zones.

Second, there is the possibility of evasion. Smaller zones can be notified and later merged when land acquisition is complete. Mundhra has already used this technique. The government has allowed it to consolidate even though it exceeded the 50 sq km limit. Similarly , a part of the larger Navi Mumbai sez in Raigarh has been notified as a pharmaceutical zone. 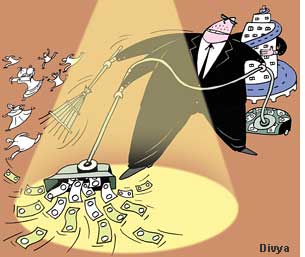 Third, land acquisition is just one of the problems of sezs. In Mundhra, for example, there were few landowners to contest land acquisition. However, along with considerable environmental impact, the zone also affected livelihoods of many people, primarily fishermen. While landowners dispossessed by sezs receive some compensation, sharecroppers and farm labourers and many others who depend on the agricultural sector often lose their livelihoods without any relief. The court decision does not have any implication for such project affected persons.

Fourth, the decision may encourage tiny sezs. Indeed, even Raigarh has many such zones. These are designed to exploit the demand from the IT and ITeS (IT enabled Services) sectors and are located close to megacities, making them ideal candidates for real estate development. dlf is reported to have already asked for permission to begin real estate development in its zones. These zones are too tiny to build independent infrastructure. They will draw upon the physical infrastructure and social resources of these megacities, further congesting existing infrastructure and reducing the usefulness of these megacities as industrial locations.

These problems arise because the sez policy is fundamentally flawed. It expects the developer to assemble land, provide infrastructure and other services and make it attractive for industry. The difference between the amount the industry is willing to pay and the cost of development is the surplus available to finance the infrastructure and profits of the developer. The fiscal incentives increase the industry's willingness to pay, and thus add to the surplus.

This locks landowners and other project affected people in a zero-sum game with developers. The more the developer pays them, the less surplus it has. Developers of large sezs must raise an even higher surplus from the land they are entitled to exploit commercially, since they have to allocate relatively more land for common infrastructure, which does not generate revenue. These sezs cannot charge high user fees, since that will make these services costlier for the industry, vitiating the very rationale for sezs. A high surplus from land, and the consequent raw deal for the affected people, is thus a necessary part of the model's success.

While we are all better off because of the judgement, there remains much to be concerned about.