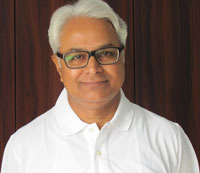 It is simple, true and bitter. Maharashtra’s irrigation sector is going from bad to worse. First an irrigation scam and now a drought.

The state’s irrigation statistics (see box: 'Status of canal irrigation in Maharashtra) speak volumes. Maharashtra consciously opted for large scale public sector irrigation projects in a very big way. However, it could not get the desired success. Bad planning and design, substandard construction, poor physical status of canals and distribution network, bandobast or jugad (improvisation) in the name of operation and management (O&M), criminal negligence in maintenance and repairs (M&R), only lip service to participatory irrigation management (PIM), poor recovery of water tariff, inequitable distribution and inefficient use of water, and virtual absence of the rule of law are some of the well known reasons for the dismal performance of Maharashtra’s irrigation sector. This article focuses only on rule of law because its operative details are generally not reported and discussed even if water conflicts of all types (see box: 'Water conflicts') are increasing both in numbers and severity at all levels within the state. Drought has only further worsened the situation.

Maharashtra has enacted several irrigation Acts (see box: 'Irrigation acts in force') to provide for various aspects of canal irrigation like construction, O&M, M&R, PIM, water tariff, compensation and, most important of all, control of water theft and unauthorised irrigation. It is needless to emphasize that all these processes are of vital importance to achieve the objectives of successful irrigation. The non-implementation of irrigation Acts means non-implementation of those processes too. That’s what has actually happened in Maharashtra. Failure to scrupulously adhere to the inherent processes has led to ad hoc decisions. Complete anarchy is the end result. It is, in fact, the genesis of the irrigation scam. The scam, in turn, has significantly contributed to virtually inviting the drought. Inordinate delays in completing irrigation projects and cultivation of sugarcane in drought-hit tanker-fed areas perhaps explain the unfortunate phenomenon.

Maharashtra Irrigation Act of 1976 (MIA 76) is a parent Act because it provides for foundation, frame and structure of water management in the State. Irrigation Development Corporation Acts (IDC), Maharashtra Management of Irrigation Systems by Farmers Act (MMISF) and Maharashtra Water Resources Regulatory Authority (MWRRA) Act (See box: 'Irrigation Acts in force') take it for granted that MIA 76 is in force and refer to the same time and again. It is hence needless to say that the implementation of IDC, MMISF and MWRRA Acts heavily depends upon the implementation of MIA 76. Let us examine some details – first in theory and then in practice.

MIA 76, being a parent Act, amply provides for the following:

A serious and in-depth review of the actual implementation of MIA76, however, would reveal the following failures which are inconsistent with the progressive image of Maharashtra:

With this background, can Maharashtra hope to implement MMISF Act and MWRRA Act, which provides for PIM, bulk water supply on volumetric basis and water entitlement? Is the state “legally” ready for such a basic change? If the parent Act itself is not implemented, it is only to be expected that all other Acts would also only remain on paper. Following facts substantiate the argument:

In view of above facts it is clear that there is hardly any water governance in Maharashtra’s irrigation sector. There is an urgent need to go back to basics. Things need to be streamlined and disciplined on war footing in the larger interests of the water sector. Equitable distribution, efficient use of water and resolution of water conflicts demand rule of law. Vested interests obviously do not want it. Will civil society act and act decisively and fast?

Pradeep Purandare was associate professor, irrigation management, at Water And Land Management Institute in Aurangabad till 2011