Swachh Bharat Mission 2: The pitfalls — and the lure — of centralised urban sanitation system

Tapping nullahs, setting up one-STP without sewerage connectivity is neither a short-term nor a long-term solution for urban towns 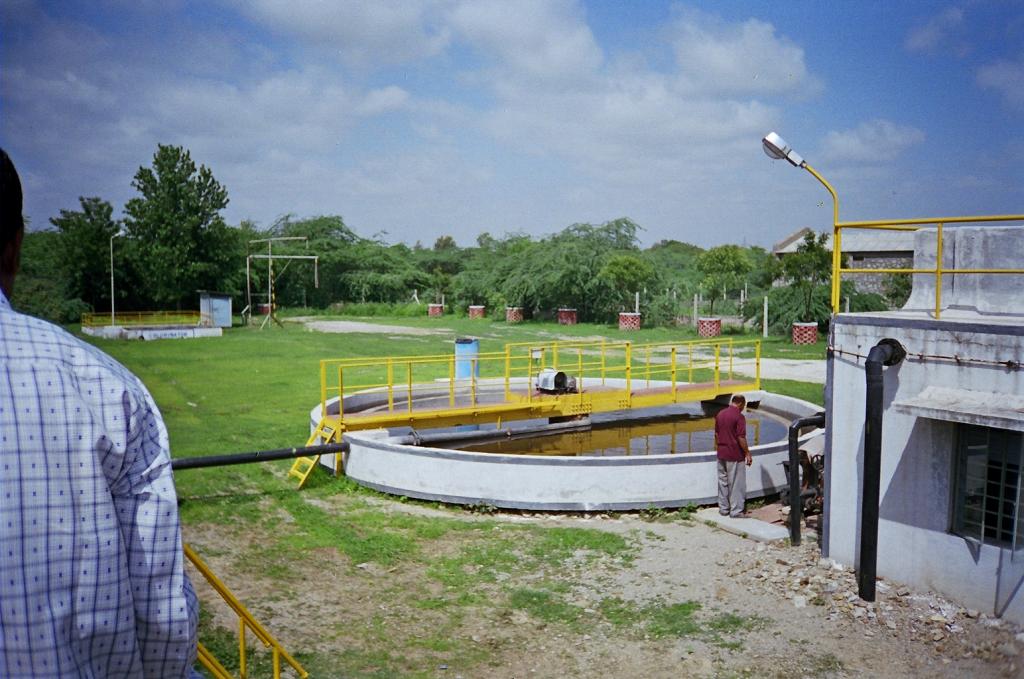 This is part two of the three-part series on urban sanition policy under Swachh Bharat Mission 2. Read the first part here.

The policy mantra for 2021 under the Union government’s Swachh Bharat Mission 2.0 (SBM 2) — that advocates for a one sewage treatment plant (STP) per town, nullah-based treatment approach — may not rid urban towns of their sanitation ills.

But it appears to be an attractive, workable low-cost solution because:

A measurable SBM 2.0 output in a five-year: Constructing one functional STP per town can be achieved in five years, for there is no sewerage system involved. It is quite similar to the Union government’s Jal Jivan Mission,which aims to provide a functional household tap connection.

Measurable outcome of Open Defecation Free ++ will be achieved in at least 7,500 towns.

Septage management through co-treatment: The STP on the nullah will help address the challenge of faecal sludge management of the outer peri-urban townships, without having to construct a separate faecal sludge treatment plant (FSTP) infrastructure that only treats septage waste. Co-treatment of septage with sewage will be possible from day one of commissioning of the STP.

Future-ready solution. The nullah-based STP will be functional from day one. The existing STP can be utilised whenever the state or the town wishes to invest in full sewerage systems for small and medium towns.

Low-cost solution to centralised sewerage-based STPs. The cost per millions of litre per day of treating waste water can be capped at Rs 2 crores. For a small town of 50,000 people, that generates 100 litres per day per capita waste water, the cost can be between Rs 7 and 10 crores (if a lower population coverage is assumed).

This is much less than the cost of Rs 100 crore for a sewerage-based system for the same town.

Small and medium towns in India need attention and funding for the best possible urban sanitation systems. But tapping nullahs and setting up one-STP without sewerage connectivity is neither a short-term nor a long-term solution.

Nullah-based STPs can work well in some states and towns of India such as Punjab, where at least some small towns have already built underground sewers to carry black water for disposal to nearby nullahs.

Here, one STP can serve the purpose of treatment. However, where will a small town generate funds for operation and maintenance to run an STP?

Among the limitations of the nullah-based STP treatment approach are:

Climate and available nullah run-off water: Two-thirds of India is semi-arid and arid. It is difficult to conceive a nullah-based STP solution for towns falling in these regions of India where there may be inadequate waste water run off for six-eight months a year.

There may be a reverse situation in high rainfall areas where storm water drains may have high flow for six months a year, with diluted wastewater that is not fit for treatment at an STP.

Topography and nullah-flow in flood plains: Several towns in the Ganga flood plains of Uttar Pradesh, Bihar and West Bengal have marginal slopes; as a result, the waste water does not flow out from the open drains in colonies.

Where it does flow out, it does not necessarily flow into a nullah, but into open spaces and stagnates there.

Low biological oxygen levels of nullah waste in water makes an STP dysfunctional: The supernatant from septic tanks flows into open drains and nullahs. This is the basis for considering nullah-based treatment systems over faecal sludge treatment plants, as a preferable treatment solution.

The volume of waste water flowing in a nullah may have a high content of grey water and storm water, resulting in low levels of biological oxygen demand (BOD).

This will make the nullah-based STP non- functional given that most STP technologies are based on biological treatment that requires at least 200 BOD strength of waste water.

This may not only require a substantial interceptor sewer cost, but also an annual O&M cost for pumping and maintenance. Small and medium towns cannot bear this.

In a major policy shift in February 2017, the Union Ministry of Housing and Urban Affairs launched the National FSSM Policy to promote on-site sanitation systems for septage management. This was soon followed by as many as 20 states coming up with their own FSSM policies.

Within a short span of three years (2017-20), more than 400 FSTPs in India were commissioned and some even became operational.

Small towns having a septage treatment facility commissioned in a short span of 3 to 6 months, was a great achievement for these small and medium towns of India, where sewerage based STPs would never have materialised in the coming two decades.

Non-networked sanitation systems cannot be standalone solutions for urban waste water management. A mix of decentralised small STPs and FSTPs is required, along with other innovative measures and technologies.

Centralised sanitation systems are the most expensive systems, both in terms of capital expenditure (CAPEX) and operating expense (OPEX). Their applicability to Indian conditions is recognised by Central Public Health and Environmental Engineering Organisation in their 2013 manual.

Faecal Sludge Treatment Planst (FeSTP) are relatively low-cost and most appropriate in terms of meeting the immediate needs of urban sanitation for small and medium towns. They are expensive if converted into equivalent MLD treatment capacity, which is a misnomer, because FSTPs do not treat waste water and this comparison does not make sense.