City water plans: How to get more data smart 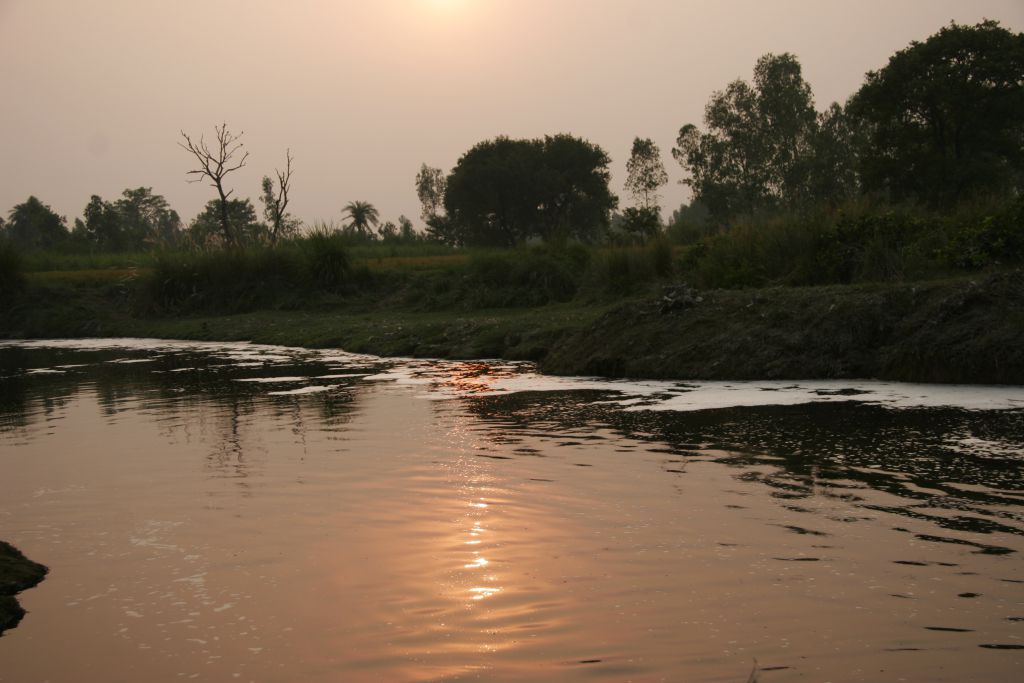 The theme of World Water Day 2021— Valuing Water — provides an opportunity to reflect on what it means to each of us. For many living around the world, it is quite easy to assign value to water, as it can often be in short supply.

India is a water-stressed country, a fact that can be seen in its per-capita water availability: It is less than 1,500 cubic metres a year. To overcome this gap in water supply and demand, the Union government launched the Jal Jeevan Mission (JJM), an initiative with the aim of providing “safe and adequate drinking water through individual household tap connections by 2026 to all households in urban India.”

The rural leg of the mission was launched in 2019; the urban one is in the process of being implemented.

Jal Jeevan Mission’s urban track (JJM-U) is the successor of the five-year Atal Mission for Rejuvenation and Urban Transformation (AMRUT) scheme, which sought to enhance water supply and sewerage systems in 500 cities with populations of more than 100,000.

But JJM-U differs from its predecessor slightly: It is applicable to all of India’s 4,378 statutory towns, and is much more comprehensive in the areas of water source conservation and rejuvenation; accessibility to tap water for all; and reuse and recycling of treated wastewater.

Each city must prepare a city water balance plan (CWBP), a city aquifer management plan and a city water reuse and recycle plan to understand existing gaps and propose projects for accessing funds from the mission.

Cities will require sound qualitative, quantitative and spatial data to develop these plans. Developing a comprehensive plan through traditional survey methods can often be expensive and time-consuming.

Cities can adopt a few approaches to leverage satellite imagery and other non-traditional data sources as a means of generating their various water plans.

The use of earth observatory data has grown exponentially over the past decade, as barriers to the access of datasets and thematic maps — through Indian Space Research Organisation’s Bhuvan and the India-WRIS geo-portals — have been greatly reduced.

This development has opened up new ways of accessing information and has allowed for better planning and improved water resources throughout the country.

The table below summarises some of the key data sets and inferences related to land use and soil protection that can be drawn from these geo-portals.

Table 1: Various secondary sources that can be leveraged to develop plans

Open-source datasets such as the ones listed above are available through various national government agencies. They include:

These publicly accessible secondary datasets cover more than 80 per cent of the overall datasets a city would need to generate a sufficient plan. With 80 per cent of necessary data in hand, cities could then focus their field-based efforts on collecting the remaining 20 per cent of data and to verify (or “ground truth”) some of the information gathered in these larger datasets.

The overall objective of the JJM is to make sure that cities become water-sensitive and sustainable; these plans, hence, should not exist in silos but rather facilitate communication as they inform and influence one another. 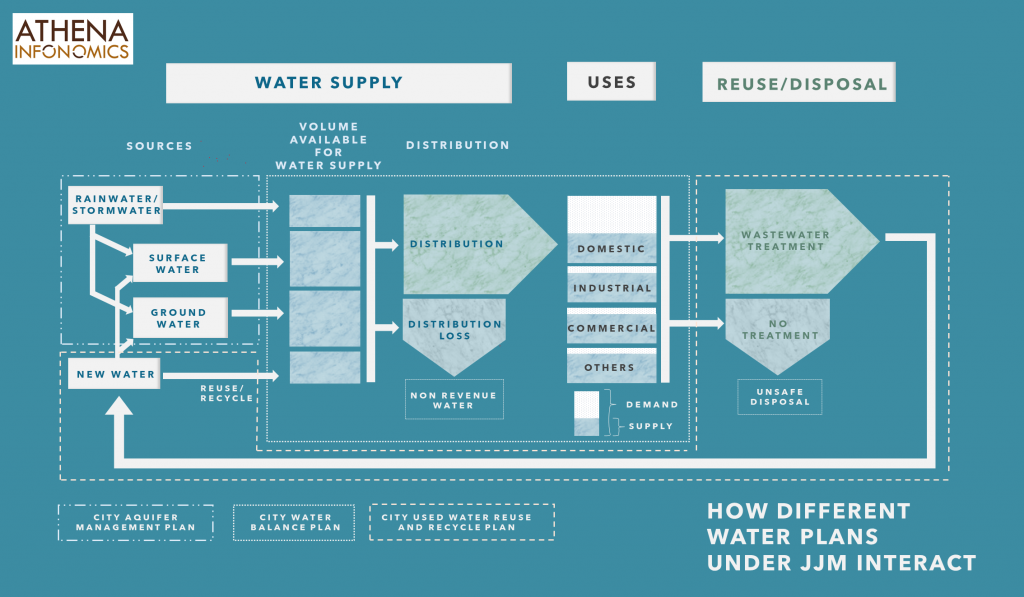 We need a platform that not only brings these datasets together, but also allows cities to plug in and access information and basic analytical outputs, using publicly available spatial and non-spatial data sets.

Such a platform could be leveraged further to incorporate scenario-building into cities’ planning processes, allowing cities to delve deeper by adding analytical layers.

Using the platform described above, a decision maker would ideally be able to add information layers in order to see the effects of various decisions — such as changing the volumes of water supplied to a particular user, implementing stormwater management plans, rejuvenating local water resources, or reusing treated wastewater — on the present supply-demand gap.

Such a dynamic interaction with data would inevitably lead to the implementation of better plans, guided by more informed decision-making. Athena Infonomics
applied a similar platform in its work with the city of Vijayawada.

For this reason, a national water data analytics platform (W-DAP) would bring India a step closer to achieving the aims of not only the JJM, but also those of World Water Day.

Views expressed are the author's own and don't necessarily reflect those of Down To Earth.