Blaming farmers alone won’t work; prices for crops other than paddy must be remunerative 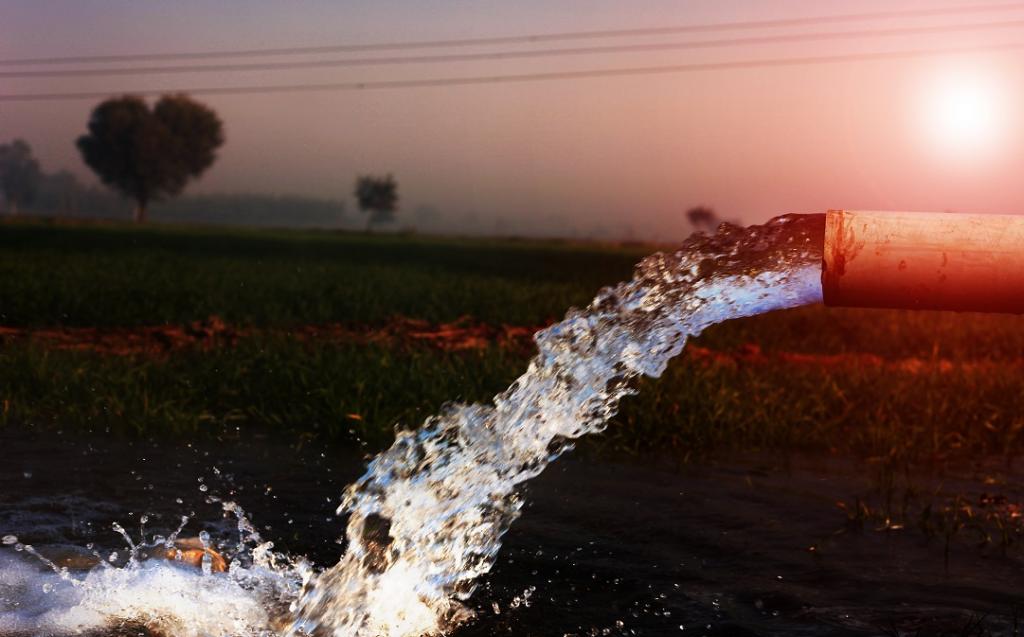 In 1961, the number of tubewells in Punjab was only 7,445. This has risen to around 1.5 million in 2021 mainly to supply irrigation water for paddy cultivation. Photo: iStock

The Election Commission has announced the dates for Assembly elections in five states of the country including Punjab. The atmosphere regarding the Assembly elections is getting more and more dramatic every day. As in many previous Assembly elections, promises, claims and new promises are being made and repeated by the various political parties to win the polls.

In fact, most of the claims are hollow and the new promises being made do not go beyond raising false hopes. Often, the different political parties participating in the Assembly elections promise petty concessions to different groups of people.

But none of them gives any roadmap to mobilise the necessary resources to fulfill even these petty promises. The worst aspect in this regard is the neglect of many important issues of Punjab, including groundwater depletion.

Groundwater depletion in Punjab has been a growing concern. The groundwater level in most parts of the state has fallen to dangerous levels. Some people blame this on farmers’ self-indulgence for monetary gains. Paddy cultivation in the state is the fundamental cause of this problem. But farmers are the victims of the problem, not offenders.

The use of groundwater for irrigation in agriculture is one of the most important factors responsible for groundwater depletion. A research study in 2003 by me, Surender Singh and Harvinder Singh titled Groundwater Development in Punjab revealed that the groundwater used for growing crops in Punjab exceeds its available quantity each year and there is a strong correlation between crop combinations and groundwater balance.

Two cereal crops — wheat and paddy — account for over three quarters of the total sown area in Punjab and are mainly responsible for the groundwater depletion problem in more than 75 per cent of the development blocks.

The area under paddy is mainly responsible for the groundwater depletion problem in Punjab. High-yielding varieties of paddy have a higher irrigation requirement than the other kharif competing crops such as cotton, maize and many others. The pond irrigation requirement for paddy planting is the major reason for increasing irrigation frequency.

Some people and institutions blame Punjab’s farmers as being solely responsible for the rapidly declining groundwater level. I disagree with this claim.

In the Second Five Year Plan (1956-1961), the Union government shifted the focus from agriculture to the industrial sector, leading to a severe shortage of foodgrains in India. The country had to resort to import of foodgrains from the United States under PL 480 or the Food for Peace Programme.

India paid a huge price for importing foodgrains to resolve its shortages. The Union government decided to adopt ‘The New Agricultural Technology’. This technology was a package of high yielding variety seeds, assured irrigation, chemical fertilisers, insecticides, pesticides, herbicides, fungicides and other chemicals, machinery and modern agricultural practices. The essence of this technology is commercial in nature, that is production for profit.

After taking the decisions to adopt this technology, the Union government decided to introduce it in Punjab on priority. The onus to execute this decision of the Union government came upon the hard-working and courageous farmers, agricultural labourers, rural artisans and the rich natural resources of Punjab.

The adoption of ‘The New Agricultural Technology’ in Punjab increased the productivity and production of wheat to such an extent that the Union government no longer needed to import foodgrains.

The Union government, keeping in view Punjab’s remarkable track record and the needs of the Central Pool of Foodgrains, imposed the paddy crop on Punjabi farmers in 1973 through a relatively high Minimum Support Price and guaranteed procurement of paddy by the government agencies. These government decisions resulted in an increase in the area under paddy cultivation.

Prior to the adoption of ‘The New Agricultural Technology’ in Punjab, irrigation was done with canals and wells and there was no serious problem with groundwater levels.

In 1961, the number of tubewells in Punjab was only 7,445. This has risen to around 1.5 million in 2021 mainly due to the adoption of this technology. The huge increase in the number of tubewells to meet the irrigation requirement of paddy has led to the continuous fall in the groundwater level in most of the development blocks of the state, as well as many other problems.

Initially, after the adoption of the ‘New Agricultural Technology’, irrigation was done with diesel engines, and monoblock motors. But due to a continuous fall in groundwater level, the farmers were forced to bring in submersible motors, which is one of the reasons for their increasing debt.

Nowadays, due to the insufficient supply of electricity, farmers have to use their own or rented tractors to run the submersible motors and very high prices of diesel have become one of the reasons agriculture is becoming a loss-making occupation.

People solely blaming Punjab’s farmers seem completely unaware of agricultural practices and are blindly urging them to stop planting paddy. In order to prevent the groundwater level from falling continuously, it is important that the Union government must fix remunerative prices of cotton, maize, and other kharif crops so that these crops can be sown according to the state’s agro-climatic conditions.

Apart from this, the canal irrigation system should be streamlined and water in the rivers of Punjab distributed in accordance with ‘The Riparian Principle’.

Wastage and misuse of groundwater in industrial units and residential areas in cities and villages must be stopped immediately. At the same time, farmers and all other people need to realise that a single drop of wasted and misused water is a huge and unforgivable sin.

If every person has this realisation and acts to save water, it might seem like a drop in the ocean. But if we save enough drops, they would be enough to make an ocean.

The time to act is now. Tomorrow will be too late. The voters in Punjab have every right to ask the political parties contesting the elections about the roadmap to solve groundwater depletion and other economic problems.