Madhav Gadgil and K Kasturirangan are both scientists of great repute. But both are caught up in a controversy on how the Western Ghats—the vast biological treasure trove spread over the states of Gujarat, Maharashtra, Goa, Karnataka, Kerala and Tamil Nadu—should be protected. First the Ministry of Environment and Forests asked Gadgil to submit a plan for protection of the Ghats. When this was done in mid-2011, the ministry sat on the document for months, refusing to release it even for public discussion. Finally, court directed the government to take action on the recommendations. The Kasturirangan committee was then set up to advise on the next steps. 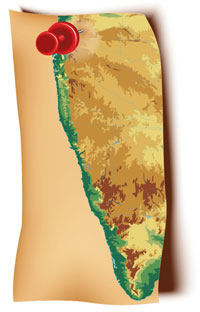 In April 2013, the Kasturirangan committee (I was a member of it) submitted its report, evoking angry reactions. Ecologists say it is a dilution of the Gadgil report and, therefore, unacceptable. Political leaders and mining companies have joined hands to fight against the report. A virulent political agitation, led by the church and communist party leaders, was launched in Kerala.

The debate on the two reports has been personal, messy and uninformed. Instead, we need to understand the differences and deliberate what has been done and why. As I see it, there are three key differences between the Gadgil and the Kasturirangan report. First is on the extent of the area that should be awarded protection as an eco-sensitive zone (ESZ). The Gadgil panel identified the entire Ghats as ESZ. But it created three categories of protection regimes and listed activities that would be allowed in each based on the level of ecological richness and land use.

The Kasturirangan panel used a different method. It removed cash crop plantations like rubber, agricultural fields and settlements from ESZ. It could do this because it had the advantage of using a finer remote sensing technology. It also made the distinction between what it called cultural landscape and natural landscape deliberately. The purpose was to remove already modified areas under private control from protection as governing these areas through permit and fiat systems would lead to unnecessary conflict.

In this way, the Kasturirangan report’s area of ESZ is 37 per cent of the Western Ghats—still a massive 60,000 ha but much less than 137,000 ha proposed by Gadgil. What should concern us is that so little of the region’s natural area remains and the ways to conserve it.

The second difference is over the list of activities permissible in the protection regime. The Gadgil committee’s recommendations on this are comprehensive, from banning pesticide use and genetically modified crops in agricultural areas to decommissioning of hydropower projects and gradual shift from plantations to natural forests. It is perhaps exactly the right formula for this region, declared a natural heritage of humankind by UNESCO.

The Kasturirangan panel had already removed substantial areas of humanly modified lands from protection, so it decided to impose restrictions on what it called highly interventionist and environmentally damaging activities in the ESZ area. All mining, including quarrying; red-category industry, including thermal power; and buildings over 20,000 sq m would be banned. In the case of hydropower projects, the panel set tough conditions to ensure adequate flow in rivers and distance between projects. Our reasoning was it would be very difficult to take decisions on such complex and conflicted issues across the 60,000 ha.

The third difference concerns the governance framework. The Gadgil panel had recommended a national-level authority, with counterparts at the state and district levels. The Kasturirangan panel argued for strengthening the existing framework of environmental clearances and setting up of a state-of-the-art monitoring agency. But beyond the two reports, more serious questions need to be raised for policy. I have serious misgivings about the capacity and ability of governance systems (new or old) to regulate protection through permit and prohibition.

The Gadgil report summarises the poignant case of a strawberry farmer and rose cultivator in Mahabaleshwar, notified as ESZ. The farmer was not even allowed to build temporary sheds or cowsheds, whereas large constructions came up illegally. Similarly, in the eco-sensitive zone near a sanctuary, poor tribals were stopped from using kerosene lamps for lighting—the reason given was that the use of artificial lights disturbing wild animals is listed as a prohibited activity. Will such a regime based on rigid bureaucratic controls and combined with weak institutions of governance not be easily subverted and work against the interests of the poor and the environment?

That is why we need different ways of governance in the coming years. The Western Ghats are inhabited even in the areas categorised as natural landscapes. It is not possible to plan for Western Ghats only as a fenced-in wilderness zone. This is the difference between the natural landscapes of a densely populated country like India and the wilderness zones of many other countries.

The big question is how policy can incentivise, indeed promote, development that is sustainable in the cultural and natural landscapes. Until we answer this we will have smaller and smaller areas to conserve.