Perched atop the Aravalli hill range, the fort of Bundi overlooks a large expanse of houses painted white and blue. Scattered among them are a few havelis that remind the visitor of the region's rich heritage. At a stone’s throw, there’s a lake. Its view from Kipling’s Palace—the house where the famous British poet and novelist once stayed—will put even the most restless minds at ease. But travel further into the hinterland and realisation dawns that Bundi suffers a curse.

Many children born in the district don't survive infancy. For every thousand babies born in Bundi, 72 die. In Rajasthan’s context, this is one of the highest infant mortality rates (IMRs)—Jalore, with an IMR of 81, tops the list. This is particularly surprising because neighbouring Kota has a relatively low rural IMR  of 44.

Bundi’s health infrastructure is much like its fort. It looks strong from far. But inspect it from closer quarters and one finds it crumbling from inside. 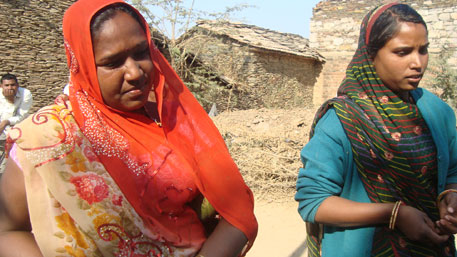 I visited three Community Health Centers (CHCs) in three different blocks—Nainwa, Hindoli and Talera. At Talera, an immunisination camp was underway; the wards were full and nurses flitted about, giving the impression that it is a functional institution. Things were not radically different in Hindoli or Nainwa.

But a few enquiries threw up some mind-boggling facts. None of the CHCs had a gynaecologist or an obstetrician. Talera, in fact, has an ayurvedic doctor assisting childbirth. When asked, she said she had SBA (skill birth attendant) training, so it was not unethical on her part to attend deliveries. This training, which lasts six months, trains women in basic handling of pregnant women due for delivery.

Talera, which is called the model CHC of the district, is short of specialists too. Out of six doctors posted there, one was an AYUSH doctor, one was a homeopath, and one had a diploma in paediatrics. The other doctors were just MBBS. The post of the gynaecologist has not been filled for the past two years. No caeserian operation is conducted in the hospital because there’s no surgeon.  The hospital also lacks an incubator and a warmer for new-born babies even though it handles 140 deliveries a month. When asked why these were not in place, Mohan Lal Verma, the medical officer in charge of the hospital, says funds are not enough. The hospital gets an annual maintenance grant of Rs1 lakh, which was  just enough to repair the windows and the drug store. They received untied fund of Rs 50 000. Verma says most of the untied fund goes into reimbursing mobile allowances of the staff.

In the CHC in the Hindoli block in Bundi, Seema Chauhan, the medical officer who handles the gynaecologist’s duties, says that doctors are reluctant to come to areas like Hindoli and Nainwa, mostly because there are no good educational institutes where their children can be sent.  In contrast, Kota attracts doctors because of its education hub status.

One official informed that 80 per cent of the medical posts in Bundi are vacant.

A sub-centre in Laxmipura village in Talera block was locked. Enquiries revealed that the nurse-cum-midwife of the sub-centre was on maternity leave and had been absent for a month. A kilometre from the sub-centre, a quack doctor had a flourishing practice where he was preparing a syringe to inject ampicillin antibiotic to an 11-month-old infant for what looked like a case of flu.

Villagers near a public health centre (PHC) in Nainwa said that the in-charge of the hospital was hardly ever present. When I visited the place, a compounder was dealing with patients.

I also checked out an anganwadi meant for pre-school children. I found there were no kids there during school time. The accredited social health activist (ASHA) present there, who is supposed to take care of the nutritional needs of the children in her charge, was in a hurry to leave for some personal work. When asked if she was going to make the routine ten house calls to check on pregnant and lactating women, she said she wouldn’t because she had some other work.

The poor infrastructure and lack of staff at the CHCs and PHCs has increased the burden on Bundi's district hospital. Almost 45 per cent deliveries at the district hospital are referral cases from rural areas. The resident paediatrician, K G  Gagireni, said the number one cause of infant deaths in the hospital is septicaemia, which is a type of deadly bacterial infection affecting blood. “There are not enough nurse-cum-midwives in the hospital, which handles 5,000 deliveries a year. Since this is a huge number for the available staff to handle, they cannot take adequate hygiene measures, leading to septicaemia.”

I observed a direct correlation between education and the health status of a district. According to the 2011 census, the overall literacy in Bundi district is 47 per cent, not much better than Jalore's 37 per cent. Kota, unsurprisingly, had the best literacy rate of 72 per cent.  In Kota, I hadn’t encountered a single non-literate woman, but here in Bundi, every one in ten women I met had never held a pen in her hand.

The mothers-in-law played a key role in what the pregnant women eat. If women knew for themselves what they’re supposed to eat when they’re expecting a baby, they would be better off. Similarly, some women did not take their infants for immunisation for fear they would develop fever—a side-effect of some vaccines which lasts about a day or two. The nurse-cum-midwives and ASHAs, who spearhead the immunisation drive in the state, have a hard time explaining to women that a day’s fever is a small cost to pay for a life-time of health and wellness.

In a village in Nainwa block, I caught up with a couple of ASHA sahyoginis. Compared to some other states like Uttar Pradesh and Uttarakhand, the ASHA’s of Rajasthan are much better off. They get a basic salary of Rs 1,000 from the department of women and child. They get additional incentives based on the work they do, like ante-natal and post-natal check-ups and taking a woman to the hospital for delivery. The ASHAs moaned they’re not able to do their work properly because the department loads them with additional work. “We have to even go and register women with the rural bank,” one ASHA complained.

ASHAs are the spine of the rural health programme in Kota. However, in Bundi, there were several areas where villagers do not even know who ASHA is.

The reasons for Bundi's crumbling health infrastructure are many. After covering Kota and Bundi to extensively, one shortcoming in Bundi was glaringly apparent: lack of zeal.

In Kota, I met health stalwarts—doctors, nurse-midwives and lady health visitors (LHVs)—who, through tireless dedication, were propelling Kota’s health system to achieve better health for all. Kota’s health infrastructure wasn’t without fault—the best CHC in the district hadn’t been supplied with methergine (used to stop bleeding after delivery) for the past few months. But despite the shortages, the health stalwarts were indefatigable.

I met a number of ASHAs, nurse-cum-midwives and doctors in Bundi. They were at work, but that’s about it. They did not take it upon themselves to make the system work.
Reporter's Diary Vaccination public health … nurse-cum-midwives maternal mortality Janani Shishu … Infant Mortality … High-risk pregnancy … Community Health Centres Bundi district hospital Bundi Action Research and … Accredited social … Aarti Dogra
SUPPORT US