WHO should take a holistic view

Though the global health organisation talks about chemical residues in food, it has not put special emphasis on pesticides. It is also silent on fats, sugar and salt content in food

Though the global health organisation talks about chemical residues in food, it has not put special emphasis on pesticides. It is also silent on fats, sugar and salt content in food 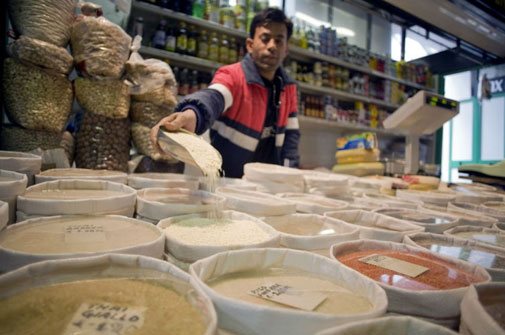 The theme of this year’s World Health Day (April 7) is all about food safety and the slogan is “From farm to plate, make food safe”.

In its recent press release, the World Health Organization (WHO) has defined unsafe food as something that is contaminated with harmful microorganisms and chemicals like marine biotoxins from shellfish.

According to WHO director general Margaret Chan, there is a possibility that food becomes contaminated during industrial production.

While the global organisation talks about chemical residues in food, it has not put any special emphasis on pesticides which are more widely present in the environment than marine biotoxins. The WHO release is also silent on fats, sugar and salt content in food. These three are present abundantly in industrially-produced junk food like burgers, pizzas and potato chips.

Both the pesticide industry and the food industry are known for their arm-twisting tactics. WHO recently entered into a skirmish with the pesticide industry. The International Agency for Research on Cancer, a part of WHO, said glyphosate, the active ingredient of a common herbicide used by farmers as a weed killer, is “probably carcinogenic to humans”. The agency also found “limited evidence” that glyphosate could lead to Non-Hodgkin’s lymphoma. The herbicide is being produced and marketed by biotech giant Monsanto that also endorses genetically modified organisms (GMOs). According to news reports, Monsanto did not agree with the findings and asked WHO to hold an urgent meeting to explain the findings.

On March 5, WHO recommended that only 10 per cent of the total calories consumed every day should come from sugar to avoid NCDs. The guideline was a part of WHO’s efforts to prevent such diseases through diet modification. Reduction of free sugar intake was first recommended by the WHO Study Group in 1989. It took the organisation another 25 years to open a public consultation on the guideline.

It seems that WHO would rather be politically correct and not disagree with the industry than ensure the health of people.

The global body has put the onus of providing safe food conveniently on the lower rungs of the food delivery chain. WHO has asked consumers to read labels carefully and cook food well before eating, but it is not clear how this will remove the glyphosate or sugar from our food.

By focusing on microbiological and natural triggers of diseases, WHO would also undercalculate the risk that unsafe food could have on human health. The global body is in the process of estimating the global burden of food-borne diseases which they will publish in October. It is imperative that they take a broader look at the risks. The onus of providing safe food should be put squarely on the shoulders of industrial giants.

Vibha Varshney is associate editor at Down To Earth magazine