Biodiversity governance: Access and benefit sharing and its implications on agricultural resources

A special instrument for access to crop genetic resources, access and benefit sharing (ABS) system, is fraught with challenges 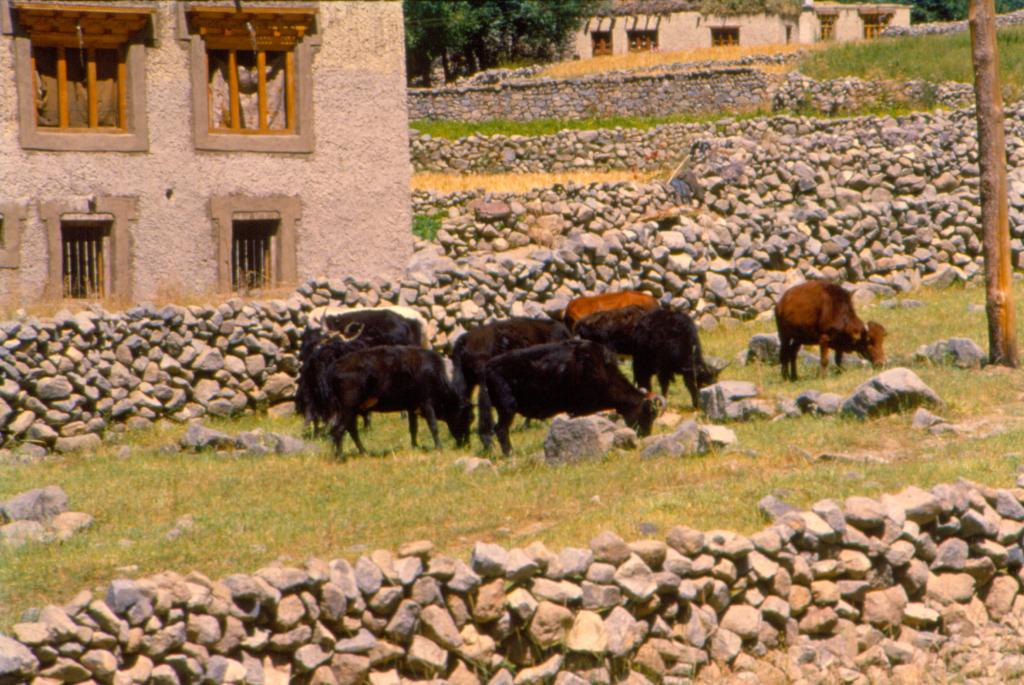 This is the second section in a three-part series

The Convention on Biological Diversity (CBD) was created with wild biodiversity in mind, especially medicinal plants where the source of a particular genetic resource and associated traditional knowledge can often be established easily.

The situation is different with respect to genetic resources for food and agriculture, including crops and livestock. Humans have modified these in an incremental manner and in many different geographical locations far from where they were originally domesticated.

In recognition of this situation, a special instrument has been developed for access to crop genetic resources, the International Treaty on Plant Genetic Resources for Food and Agriculture.

This treaty establishes a multi-lateral access and benefit sharing (ABS) system for a common pool of 64 most important food crops and forage crops that are held in ex-situ collections worldwide.

The practice of agriculture is a dynamic process. Since the start of agriculture, humankind has continuously modified plant genetic resources to suit the special nature of agricultural biodiversity, its distinctive features and problems needing distinctive solutions, which were acknowledged by the Conference of the Parties to the CBD at its fifth meeting in 2002.

Traditional agriculture and conventional practices are exempted from the purview of benefit-sharing. However, there are various aspects related to agriculture, such as the use of genetic resources and making commercially distinct products for medicinal use, which can come under the purview of the ABS regime.

There are numerous cases of local initiatives that can help protect genetic resources. Rahibai Soma Popere from Maharashtra’s Kombhalne village has helped create a seed bank that distributes up to 122 varieties of 22 crops.

Several nonprofits in India have worked towards protection of seed based genetic resources. Navdanya is an internationally renowned organisation that has collected more than 5,000 crop varieties and helped preserve several native species.

Traditionally, most agricultural societies in India integrated preservation of crop species into the social and religious milieu, an act that has helped preserve hundreds of species that would have been lost otherwise with the rise of commercial agriculture.

Accordingly, ABS implementation cannot work in isolation and must be commensurate with other international treaties. Integration between ABS and International Treaty on Plant Genetic Resources for Food and Agriculture (ITPGRFA) needs to consider the legislative, administrative and policy measures that cross each other’s path.

ITPGRFA, popularly known as the International Seed Treaty, is a comprehensive international agreement in harmony with CBD. It aims at guaranteeing food security through the conservation, exchange and sustainable use of the world’s plant genetic resources for food and agriculture (PGRFA), as well as the fair and equitable benefit sharing arising from its use.

It also recognises farmers’ rights, subject to national laws to:

The Nagoya Protocol, in the development and implementation of its access and benefit sharing legislation or regulatory requirement, noted that each party shall consider the importance of genetic resources for food and agriculture and their special role for food security (Article 8c).

It is envisaged that though conventional agriculture does not fall under the Nagoya Protocol, if any plant material be used for its genetic material, it should be done only after prior informed consent is approved by the provider of the material.

India, for its part, has taken the right measures with the legislation on Plant Variety Protection and Farmers’ right Act, 2001, which recognises farmers’ right to save and sell seed that has been produced on farm as they have been done traditionally.

Traditional indigenous breeds of animals are considered by many to be ideally suited to harsh tropical countries like India. Traditional breeds were raised by farmers throughout history as a result of an intimate study of local conditions.

Most traditional breeds are known to be genetically close to their wild relatives as the breeding selection process considered the harsh environmental conditions for development of subsequent breeds. Raising traditional breeds, however, is under sustained onslaught by modern processes of breed selection that is currently predominant in the entire world.

In addition to that, cases of biopiracy also severely affected traditional systems of breeding. It took several decades before the international community acknowledged and took steps to protect and preserve these traditional systems.

Animal genetic resources composed of breeds and strains of domesticated animals that humans have developed out of 40 wild species in the past 10,000 years were placed under the purview of the Nagoya Protocol.

The impending and on-going implementation of the Nagoya Protocol at national levels, therefore, creates some urgency for the animal genetic resource sector to engage with these questions.

India is a key repository of genetic resources related to animals and holds a rich diversity of distinct livestock breeds. It is, therefore, essential that these breeds are protected. Any utilisation of knowledge of these breeds has a direct benefit to the communities that hold the knowledge over these breeds.

For example, it would be interesting for an industry to infuse elements of traditional knowledge into modern breeds of cattle to make them more resilient in harsh conditions.

In India, the lack of a suitable instrument was noted and the Indian Council of Agricultural Research (ICAR) initiated a mechanism for ‘Registration of Animal Germplasm’ by giving temporary authority to National Bureau of Animal Genetic Resources, Karnal.

Subsequently, in 2008, ICAR constituted a Breed Registration Committee (BRC) under the chairmanship of deputy director general (Animal Science), ICAR, and having members from National Biodiversity Authority (NBA) and Department of Animal Husbandry Dairying & Fisheries for registration of new breeds.

This mechanism is the sole recognised process for registration of livestock and poultry breeds at the national level.

With respect to agriculture as well as animal husbandry, there is an opportunity to link people’s biodiversity register (PBR) with rights of farmers and traditional breeders over their traditional knowledge. Not only are PBRs useful for documenting forest-based resources, they can be used in documenting genetic and bio-resources related to agriculture.

A PBR formats encompasses several elements of agri-diversity-based data. Under the ITPGRFA, the concept of plant variety protection or plant breeders’ right is a form of an intellectual property right granted to the breeder of a new variety.

Similarly, PBRs can be useful to preserve the rights of farmers or communities over the traditional knowledge they may hold over a particular variety.

The need to explore the linkage of PBRs and implementation of ITPGFRA will be further investigated in the coming years as the role of implementing farmer’s rights gains prominence.

Similarly, while the document may not provide a complete legal protection from any case of theft of traditional knowledge of breeders, a bio-cultural protocol can be inserted in the geographical regions that have high density of traditional breeders.

This can supplement and strengthen claims submitted to the Breed Registration Committee in the future.