There are several ethical concerns in bringing an extinct species back to life, some scientists have said about the woolly mammoth; others support the move 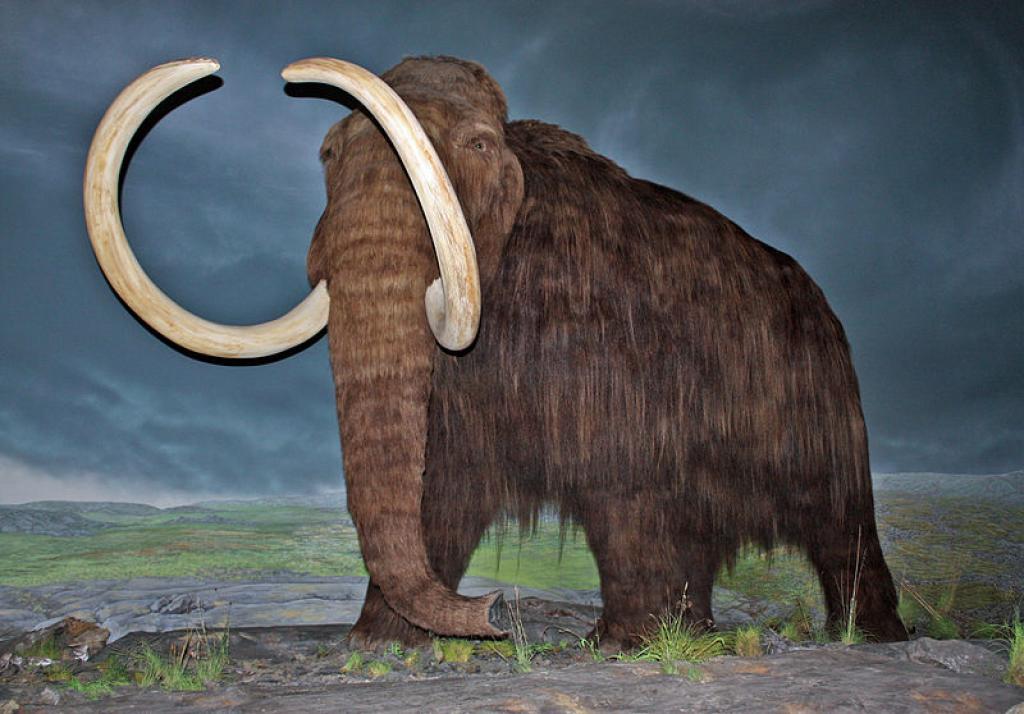 Scientist George Church estimates that it will take at least six years for the first generation of mammoth-elephant hybrids to be ready. Photo: Wikimedia Commons

An amazing and never-before-heard experiment will start soon on our planet. A giant creature that had become extinct about 4,000 years ago, is going to be resurrected. That creature is the giant woolly mammoth.

The idea of ​​bringing extinct animals back to life was so far confined to the realm of science fiction. One such example is the Hollywood movie Jurassic Park, based on the novel of the same name.

In the case of the woolly mammoth though, its DNA will be grown in a laboratory and then put inside a living elephant. It is possible that in the future we may witness an animal seemingly resembling a giant woolly mammoth roaming the Arctic tundra.

Geneticist George Church of Harvard University in the United States and his colleagues will insert the mammoth’s genes responsible for tiny ears, subcutaneous fat and hair length and colour into living elephant skin cells. Gene-editing techniques will be used.

George Church and tech entrepreneur Ben Lam have founded Colossal, a new bioscience and genetics company, with the idea of ​​bringing many extinct species back to life. Colossal has received at least $15 million from investors.

The woolly mammoth, known scientifically as Mammathus premigenius, has been extinct for millennia, with the last species dying out about 4,000 years ago. The fossilised remains of many of these animals are believed to be buried in Siberia’s permafrost.

Scientists say it may be possible to bring these and other species back from their graves. But that will take time. According to George Church, there is a lot of work to be done.

He told The Times that multiplying the mammoth DNA in the cells of the Asian elephant was the first step in a long process.

Next, they must find a process to convert the hybrid cells into specialised tissues, to determine whether they produce the desired traits. For example, researchers need to establish whether the mammoth gene can produce wool of suitable colour and texture. Looking at the progress made in genetic engineering, we can say that all this could be possible.

Next, George Church’s research team plans to grow the hybrid cells in an artificial womb or in the womb of a “surrogate” elephant. Many scientists and animal rights advocates have considered it immoral to grow a mammoth embryo in the womb of a living female elephant.

If George Church’s team manages to bring to life a cross between the Asian elephant and the woolly mammoth, they hope to engineer an animal that can thrive in colder climates.

Once the team is successful in bringing these hybrids to life, Colossal will proceed with the ultimate goal of reviving the ancient extinct animals by producing more such hybrids.

The research team expects the first generation of mammoth hybrids to be ready within the next six years. Church and Lam believe that the elephant-mammoth hybrid could help slow climate change by exposing healthy, carbon-tapping grasses.

Our goal is to create a cold-resistant elephant, but one that will look and behave like a mammoth. Not because we’re trying to trick someone, but because we want something that will be functionally equivalent to a mammoth, which enjoys its time at -40 °C and does all the work that mammoths used to do.

In 2003, scientists briefly cloned a frozen tissue sample of a Spanish mountain goat, the Pyrenean ibex, which had become extinct in January 2000. But the clone lived for only seven minutes after being born.

Church is also trying to revive a species of passenger pigeon whose flights once covered the skies of North America and which went extinct in the early 20th century.

His collaborators have extracted nearly a billion DNA ‘characters’ from stuffed passenger pigeons preserved in a 100-year-old museum and are attempting to split them into the DNA of a normal pigeon.

If successful, these efforts will also present some ethical challenges.

For example, the ability to revive once-extinct organisms in a laboratory can initiate the process of destruction of natural habitats. In the event of the reappearance of extinct mammals, the food chain of ecosystems will be affected and there may also be a threat to existing organisms.

Indeed, some scientists consider genetic engineering efforts to reintroduce extinct species to the biosphere as ‘immoral’.

At present, our world has entered the era of the Sixth Mass Extinction of species. If, instead of giving new life to animals that had disappeared thousands of years ago, biotechnology can save the existing living species from extinction, then it will be a great boon for life on earth, they say.

Victoria Herridge, an evolutionary biologist at the Natural Museum, says that regenerating the Arctic environment using a herd of mammoths is not plausible.

She argues that there were an estimated 200 million mammoths in Eurasia 21,000 years ago. Hence, the scale at which scientists experiment would have to be enormous since it takes a mammoth 30 years to grow to maturity and 22 months to remain in gestation.

Others though, are supportive. When ethicist Karen Wendling of the University of Guelph in Canada first heard about a new company’s plan to revive woolly mammoths, she was fascinated by the new possibilities.

If the woolly mammoth, which roamed the earth 4,000 years ago, can be brought to life, the dodo and other species that went extinct long ago could be brought back to life too, she said.

Beth Shapiro, a noted scientist at the University of California at Santa Cruz and author of How to Clone Mammoths: The Science of De-Extinction, finds the idea of ​​bringing the woolly mammoth back to Earth fascinating and exciting.

The jury, thus, is still out.