Conservation should indeed be a global priority. But understanding of the complexity and colonial roots of this problem and the shocking double standards that exist, is vital 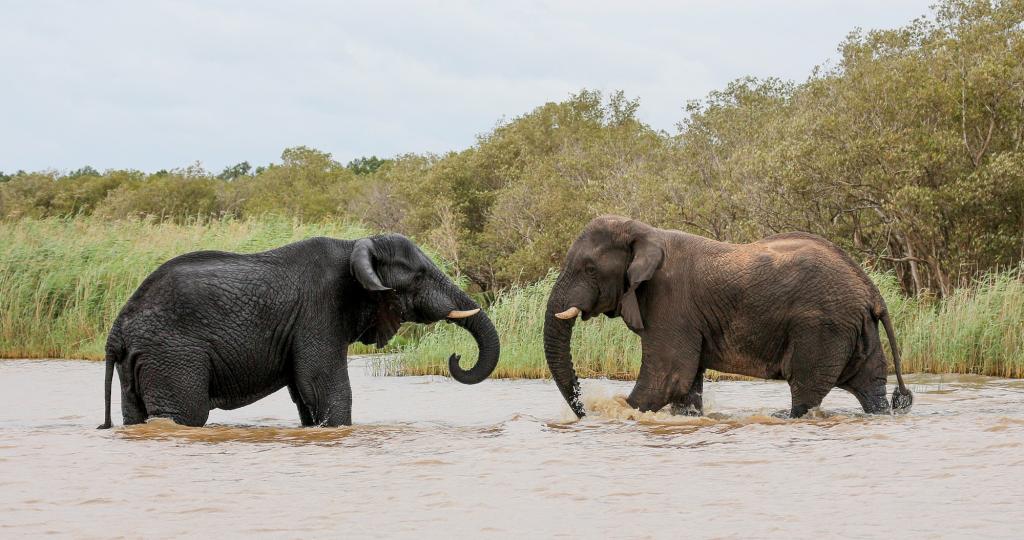 It’s almost surprising when anything other than novel coronavirus disease (COVID-19) makes international headlines, but the gruesome deaths of 350 odd elephants in Botswana broke through. I’m an elephant researcher based in the Nilgiri Hills of South India. So within hours, I was deluged by queries from shocked elephant enthusiasts.

The images were distressing. They didn't look like rotting carcasses — they seemed almost alive, their skin hanging loosely like ill-fitting jackets. Their hides dehydrated rapidly in the hot sun and looked preserved, while the internal tissue decomposed.

Elephants lying dead chest down indicate rapid collapse, without time to lie down on their sides. They were also reported walking in circles, confused. All worrying signs, of something seriously wrong, not merely the usual suspects — poaching or poisoning.

Tusks were intact, there were no dead scavengers around. With the current enhanced awareness of zoonotic diseases, there’s pressure to find what’s behind these mysterious deaths and if they’re likely to spread.

#Blacklivesmatter created heightened awareness about race and equality, pushing the colonial underpinnings of conservation centre stage. This is such a complex and nuanced subject that it’s hard to know where to start.

Most disturbing perhaps is the “Botswana can’t save its own elephants” narrative in a left-of-centre publication like The Guardian in the UK. This is a country that’s done exceptionally well in conserving its elephants. The figures speak for themselves. The first partial 1973 survey, indicated a population of about 20,000 elephants.

In 1994, the country-wide figures rose to 55,000 elephants. Today, the population stands at about 130,000 elephants, surveyed through reliable, widely accepted methods. Clearly, a spectacular recovery and a celebrated conservation success.

Yet, The Guardian relies on expert voices from the Global North, who denounce the death of the 350 elephants (insignificant out of 130,000) as a “conservation disaster” that “speaks of a country that is failing to protect its most valuable resource”. The article accuses Botswana of a “lack of urgency” that “does not reflect the actions of a responsible custodian”.

This problem — of the Global North feeling the need to shoulder conservation responsibility for world biodiversity, since the South is incapable of doing so — is deep-rooted, normalised and institutionalised.

Conservation funding and research mostly comes from the Global North. This is undoubtedly useful to save the world’s biodiversity and perhaps understandable given the inequality in global wealth distribution and the fact that the tropics are inherently more biodiverse.

But if we are to take a global view of conservation, the same standards, ethics, laws and policies to protect endangered species and ecosystems should be applied across the world. In reality, conservation is the burden of the Global South.

Human-wildlife interactions across the world

Human-wildlife interactions are increasing across the world. Large, dangerous animals like bears and wolves were exterminated extensively in the developed world. Now, their numbers are beginning to bounce back, moving out of protected areas and they are interacting with humans after a gap of a few centuries.

In the developing world, animals never have lived exclusively in “protected areas”. They’ve co-existed with people across much of their range. But human populations are rising and elephant, tiger, boar and leopard numbers are rising because of successful conservation measures.

Animals are increasingly damaging people’s crops and property, killing livestock and even people. The disparity in the management of these interactions across the world is worth highlighting.

Wolves provide a classic example. They once freely roamed the North American continent, but were exterminated by white settlers (along with bears, coyotes and bison, much to the dismay of the Native Americans) across almost all of the United States.

Around 1995, a few wolves were reintroduced into Yellowstone (National Park) from Canada. This became an incredible conservation success story with cascading effects — the entire landscape was revived in unimaginable ways. Herbivores changed their grazing behaviour, vegetation along streams changed and even rivers modified their courses.

But the story doesn’t stop here with a happy ending. As the wolf population expanded, they became the enemy for farmers. By 2008, they were de-listed in some states and farmers were allowed to shoot them. The tussle between conservationists and farmers has continued.

The government’s wildlife services themselves killed 357 wolves in 2018 (of an 18,000 population). Ranchers and others also illegally kill wolves, sometimes even precious radio-collared (at a huge expense) ones, being studied.

Apart from wolves, the wildlife services routinely kill a large number of animals to protect the livelihoods of farmers; in 2018, with a budget of over $150 million, they killed over 2.6 million wild birds and animals.

Europe has similar, if not as high-profile case studies. In September 2017, Germany had its first free-roaming bison since the Industrial Revolution, when one lone male wandered in from Poland. This should have been a reason for celebration. Especially since many zoos have captive breeding programmes to reintroduce bison.

But the poor animal was quickly shot dead as locals decided it was a threat, even though killing an endangered animal with no provocation was illegal.

Beavers introduced into the UK is a similar story. The first few were released in 2009, against farmers’ wishes. More have been released since, either accidentally or illegally by conservation enthusiasts, but just this year, farmers have killed at least 87 of the 400-odd absolutely harmless beavers in Scotland.

There are serious conservation plans afoot to reintroduce wolves and lynx, but it’s a distant dream, since local farmers oppose it vehemently.

Wolves, bison and beavers are all relatively harmless animals in terms of the damage they inflict — there is little or no chance of them killing people. Elephants alone kill almost 500 people in India every year, their numbers are going up and 75 per cent of their range is outside protected areas.

So why does the Indian government never consider culling elephants on people’s private lands? When Botswana wants to kill a few elephants, there are vociferous protests from the very nations that kill wild animals en masse under the guise of “scientific management”, even those that cause a lot less damage.

We rarely find conservationists, scientists or journalists (particularly from the Global South) calling out developed nations about not being serious or committed to saving their wildlife in the way Botswana is now being criticised. How and why are these double standards tolerated?

Scientists and conservationists in the Global South inevitably have significant experience in dealing with negative human-wildlife interactions given the much higher frequency and intensity of interactions.

But when the International Union for the Conservation of Nature constituted a “Human-wildlife Conflict Task Force”, it consisted entirely of white experts. Indian conservation colleagues were acutely aware of this and pointed it out and a few non-white scientists were added.

But none of the more privileged white academics noticed the imbalance in the constitution and the institutionalised problem remains. Western scientists have greater resources at their disposal. Hence, they are able to run multiple global projects to become authorities on Africa, Asia or Latin America.

Scientists from developing countries don’t have the resources to conduct global studies, but have much deeper knowledge about their specific countries. But they remain local experts on “in-country partners”.

The Conversation, a website that publishes expert opinion on global conservation issues (including a colonial piece on the Botswana elephants), only takes articles from western scientists. Social scientist GK Bhamra calls this “methodological whiteness”, where the world seen through the lens of western experience is assumed to be global and universal, while the perspective from the Global South is branded local.

Particularly worrying is that erstwhile colonised countries like India, while careful about the politics around their own representation in the international arena, reproduce these colonial and racist narratives around Africa, even in otherwise left-of-centre publications.

Once aware of this disparity, it rapidly becomes evident everywhere in conservation. ‘Shoot to kill’ is considered an effective strategy for organised, armed gangs of poachers (defined as people who illegally kill animals to gain or protect a livelihood).

But we find no mention of significantly punishing people who kill wolves, beavers or bison in the developed world (they are not even called “poachers”, though they do the same thing) even when they are armed and organised as in the case of the US.

David Attenborough speaks against food being sent to famine-stricken countries like Ethiopia, marking it as a problem of too many people on too little land (at 115 people per  square kilometres, emitting 0.12 tonnes of carbon each, living with a number of dangerous animals) and calling for nature to take its course.

But there isn’t the slightest suggestion of stopping welfare payments or agricultural imports to the UK (275 people square kilometres, emitting 5.59 tonnes of carbon each, barely able to live with a few beavers) as a means of reducing the human population, checking over-consumption and restoring of ecological balance.

Overpopulation is clearly an issue, but it cannot be de-coupled from the over-consumption debate and the crisis cannot entirely be attributed to poor and impoverished people in either the developed or developing world.

How can we overcome this problem? The answer is not to turn parochial and nationalistic and merely worry about what lies within our borders. This is happening on account of the pandemic on other international policies.

Conservation should indeed be a global priority. But understanding of the complexity and colonial roots of this problem and the shocking double standards that exist, is vital.

Conservation is big business, with lots of money at stake. It’s in the interest of big non-profits to consistently and sometimes even falsely claim crises in the “incompetent” developing world to ensure funding never stops.

This has happened to a large extent in India and hopefully will also start in Africa. For the present, we should perhaps all wait respectfully for the government of Botswana to tell us what is happening to their elephants.

Tarsh Thekaekara is a conservation-researcher based in the Nilgiri Hills of South India as a trustee of The Shola Trust. Views expressed are the author’s own and don't necessarily reflect those of Down To Earth