Elephant Task Force report: 10 years of a progressive policy that nobody talks about now

The report laid out a solid, actionable and progressive framework for elephant conservation, with innovative changes in governance, increased public participation and proactive conflict mitigation 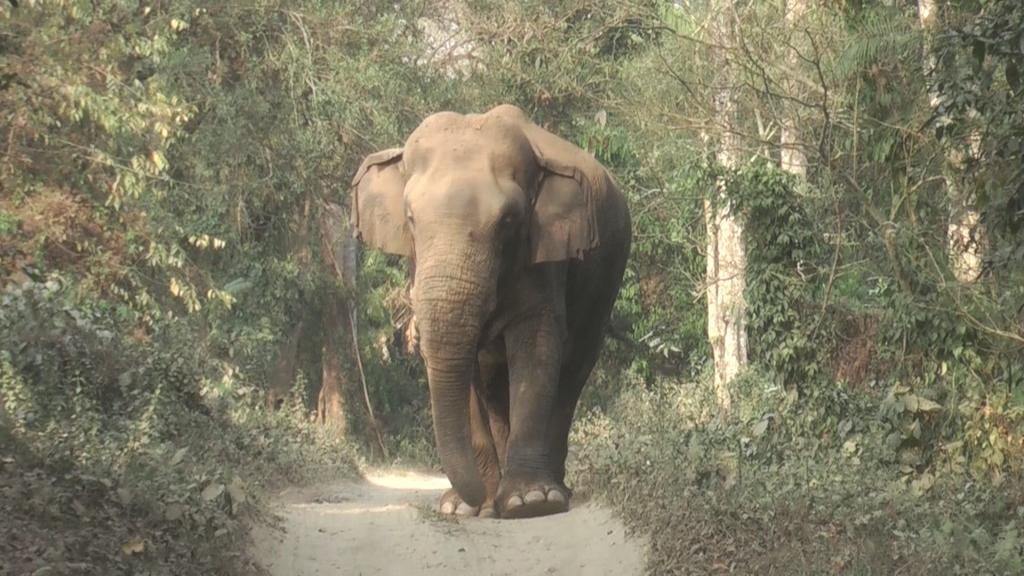 The Union government constituted an Elephant Task Force (ETF) in 2010 under the leadership of historian Mahesh Rangarajan to review the existing policy of elephant conservation in India and formulate future interventions.

The task force came out with a comprehensive report in August that year, called Gajah: Securing the Future for Elephants in India.

The report said rather than immediate extinction, attrition of elephant habitat and growing negative human-elephant interactions threatened the future survival of Indian elephants.

The task force was optimistic that India could secure the elephant in the near future through ecologically sound land-use planning and re-energising mitigation systems to alleviate human-elephant conflict (HEC).

Ten years passed since this report was published and, till date, the recommendations remain mostly unimplemented. HEC, meanwhile, escalated rapidly with data from the Union Ministry of Environment, Forest and Climate Change showing 4,642 human and 1,025 elephant deaths in the past 10 years.

The progressive points of this report now seem to be forgotten to such extent that practically nobody talks about the report now.

The only recommendation executed was of the Union government designating the Asian elephant as the National Heritage Animal of India.

Establishment of a multi-level governance model

It was recommended for the reserve director to develop and implement five-year management plans for the reserve, with measurable key performance indicators. NECA would develop a 50-year perspective plan for each elephant landscape. The evaluation of the reserves would be done by third parties after five years.

Such a progressive, co-ordinated decision-making system could have brought all elephant-bearing states on the same page with co-ordinated efforts for elephant conservation. Such multi-level governance, however, remains a distant dream, apart from synchronised elephant population monitoring.

Significant efforts were made to reduce negative human-elephant interactions by building hard and soft barriers (trenches and fences) and anti-depredation squads controlling elephant population, initiating alternate livelihoods and compensating for losses to life and livelihood. These approaches, however, have mostly been reactive and ad hoc.

To create a more co-ordinated and science-based mitigation strategy for human-elephant conflict, the ETF proposed many steps.

A permanent Conflict Management Task Force was suggested for the review of existing conflict mitigation strategies and recommend site-specific strategies at the reserve level. Information regarding conflict incidences would be maintained and shared among all stakeholders.

Trenches and fences, if designed poorly, often restrict access of elephants to resources, habituate them to overcome those barriers and deflect them to raid unprotected human habitations.

Elephant translocation and culling have been controversial. Killing of elephants in self-defence, capture, relocation or birth control were recommended to be discussed between NECA and state governments, with standard operating procedures for each of these actions asked to be laid down. The culling of elephants, however, was ruled out by the report.

Even though compensation for human death was increased significantly over the years (at an average Rs 4-5 lakh), the compensation system is plagued with bureaucratic delays and inadequacy.

For grievance redressal related to crop and asset damage, public hearings were advocated at the taluka level twice a year.

The work of crop protection was asked to be brought under the Mahatma Gandhi National Rural Employment Guarantee scheme to decrease the burden of farmers, with pilot testing of crop insurance schemes initiated by NECA.

It recommended all the elephant corridors to be notified by respective state governments. NECA and state governments must try to secure corridor land through purchase, voluntary relocation of people or securing the involvement of the local community.

For securing private land or community land as corridors, adequate relief and rehabilitation plans were recommended to be formulated jointly by the state governments and NECA.

The ETF recommended entire elephant ranges to be designated eco-sensitive zones under the Environment (Protection) Act, 1986.

This, while the eco-sensitive zones around protected areas became almost non-existent, with the unprotected, yet ecologically important areas for elephants at risk of being ravaged by the draft Environmental Impact Assessment 2020.

It advised the creation of different ‘no-go’ and ‘slow-go’ zones in the elephant reserves for the regulation of developmental activities. NECA and the Forest Advisory Committee were supposed to be consulted before forest land diversion or infrastructural projects in elephant landscapes.

While wildlife conservation philosophy in India debates greater community participation in conservation, there are no clear guidelines from the Union government on how to achieve this. Communities are mostly integrated as anti-depredation squad members, livelihood beneficiaries and conservation labourers, not decision-makers.

The ETF acknowledged the lack of community participation in the programmes were the primary reason for a failure in conflict mitigation strategies. Regarding local community involvement, the ETF suggested co-operative models of conservation to be ensured in human-dominated areas within elephant landscapes.

Elephant corridors must be protected by declaring community reserves or conservation reserves under the Wildlife (Protection) Act, 1972 or community forest under the Forest Rights Act, 2006.

Project Elephant should provide incentives to people for maintaining their land as corridors and they should be included in reserve management committees.

Youths from Scheduled Tribes (ST) and other traditional forest dweller (OTFD) communities should be employed as elephant trackers for keeping up-to-date information about elephant herds. Local villagers / ST / OTFDs can be incentivised to provide information on elephant poaching.

The suggestions put forward by the ETF were commendable in terms of acknowledging the need of involving people and creating nested institutions involving local stakeholders as decision makers.

This could, however, have been improved upon after 10 years, by addressing issues of resource ownership, bureaucratic resistance to change and effective participation of traditionally marginalised groups such as women.

The ETF also suggested pathways to:

It said the lack of availability of funds was a major hindrance for the effective conservation of elephants in India. The budget for Project Elephant must be increased to Rs 600 crore in the 12th Five Year Plan (FYP) during 2012-17, according to the ETF.

This would involve increased allocation for anti-poaching, habitat protection, HEC mitigation efforts and new allocations for corridor securement, elephant-related research and capacity building among others.

Where we stand now

The ETF report seems to be long forgotten now and is almost never discussed in wildlife forums. The report was one of the finest policy proposals to ever come from India. It is a shame we could not capitalise on such progressive recommendations.

We need to resurrect it and free it from the clutches of partisan politics. “India cannot fail gajah. The latter’s survival and ecological security is linked to our very own,” the ETF said.

In the absence of proper policy and co-ordinated efforts, we are on our way to fail gajah, the Asian elephants.