Coral reefs face mounting threats: 10% of them have degraded across the globe, another 30% may disappear within next 20 years 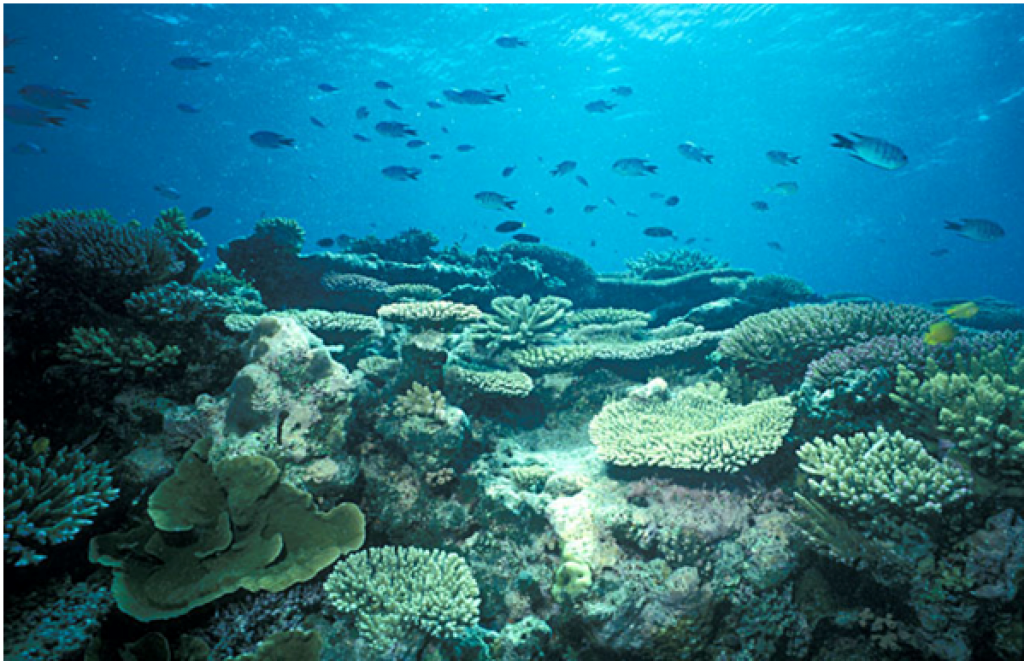 As many as 10 per cent of coral reefs have degraded; another 30 per cent are likely to disappear within next 20 years across the globe. According to biologists, if proper conservation and management measures are not taken, all coral reefs of the Indo-Malayan region may disappear in the next 40 years.

Coral reefs are unique and the most diverse marine ecosystems on Earth. They are believed to have existed for about 200 million years. It is estimated that it took corals about 50 million years to reach their present level of diversity.

They play a crucial role in supporting the flora and fauna in the marine ecosystem. They have, since time immemorial, provided us with food, pleasure and protection from storm and other natural calamities. They are also described as ‘underwater tropical rainforest, fairy land under water, biologist’s paradise, magnificent repository of resources, genetic garden, submerged meadows and treasure house of wealth’.

Corals are composed of hundreds of thousands of individual animals known as polyps. Every polyp has a stomach that opens at only one end. This opening, which is essentially the mouth, is surrounded by tentacles.

These tentacles are used for defence and capturing small animals for food. Food is taken through the mouth and the waste products cleared through the same opening. Most corals feed on microscopic animals during the night time.

They act as barrier against waves and thus prevent coastal erosion. Mangroves and the sea grass beds, which act as breeding ground of various marine faunal species, are protected by coral reefs.

Coral reefs act as breeding, spawning, nesting and feeding areas for many fishes and other marine organisms.

Indonesia has the largest coral reef area in the world. India, Maldives, Sri Lanka and Chagos have the maximum coral reefs in South Asia. The Great Barrier Reef of the Queensland coast of Australia is the largest aggregation of coral reefs extending to a length of 1,931 kilometres and a width that varies from 16-322 kilometres.

India has four coral reef areas: Gulf of Mannar, Andaman and Nicobar Islands, Lakshadweep islands and the Gulf of Kutch.

Coral reefs protect the humanity from natural calamities. They provide revenue and employment through tourism and recreation. They provide habitats for fishes, starfish and sea anemones.

It has been assessed that one square kilometre of coral reef produces 20-35 mega tonnes of fishes sufficient to feed about 600 people annually.

They are used in jewellery and as curios. The internal skeleton polished with colours is used in jewellery. Sea grasses that provide food for dugongs and dolphins are harboured by coral reefs. Coral blocks are used for buildings and road construction.

The lime supplied by corals is used in cement industries.

Coral reefs face threats due to anthropogenic activities such as coastal development, destructive fishing methods and pollution from domestic and industrial sewage. They have been deteriorating at a faster rate due to increased sedimentation, over-exploitation and recurring cyclones. One island in Thoothukudi region of Tamil Nadu has disappeared.

Coral reefs are also affected by coral diseases such as black band and white band due infectious microorganisms introduced by the human population that live on the coastal regions.

Sedimentation is on the rise due to degradation of estuaries, salt marshes and mangrove forests. It reaches the marine ecosystem, including coral reefs, and causes suffocation to coral reefs.

Mangrove forests play a crucial role in helping the coral reef system by acting as filters and providing protection from cyclones, storms and tsunami.

They also get damaged due to the fishing and tourist boats anchored on them.

When the ocean water becomes too warm, the corals bleach as the symbiotic algae (Zooxanthallae) leave them. If the bleaching continues, its growth is obstructed or it eventually dies.

The tsunami has caused only little damage to the corals of Gulf of Mannar as it was shadowed by Sri Lanka.

An integrated coastal management plan is the need of the hour for effective management of coral reefs. An act to protect them from man-made activities has to be brought in.

Over-exploitation of the coral reefs should be brought under control. Fishing by using dynamite, cyanide and explosives in the areas where coral reefs are found should be banned.

Pollution caused by domestic sewage, industrial wastes, chemicals and fertilisers should be restricted. Anchoring of boats in the areas where coral reef areas are present should be banned.

Destruction of mangrove forest in the reef areas should be prohibited. Planting of mangrove species in reef areas can be undertaken with the involvement and support of the local community.

Collection of scheduled marine animals from the coral reef regions should be strictly prohibited.

The Union Ministry of Environment, Forest and Climate Change and the state governments concerned should take speedy action to conserve the coral reefs which are being pushed towards the verge of extinction.