If all goes well, India will be the first Asian country to reach Mars in the very first attempt and the fourth country/space agency in the world to do so 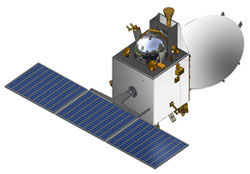 What I see around in this ISRO's Mission Operations Complex (MOX), Peenya, Bengaluru, could be best described as “nail biting moments”. The excitement is evident, tension is palpable, strain shows, yet the complex huddled with 60 odd scientists and engineers is enveloped in eerie silence. Every one moves about in a hustle, talks in whispers and sits literally on the edge of his or her swirl chairs.

After all, India's first ever Mars mission is in its crucial phase. Just few minutes ago they have test fired the LAM engine. The next hours are break or make for India's Mars Orbiter Mission (MOM or as popularly called Mangalyaan). If all goes well the spacecraft will enter into the Martian orbit, making India the first Asian country (Chinese and Japanese missions failed en route), to succeed in the very first attempt, and the fourth country/agency in the world to reach mars (after NASA, Russian/USSR and European Space Agency). There is much at stake; prestige, technology and, of course, science. 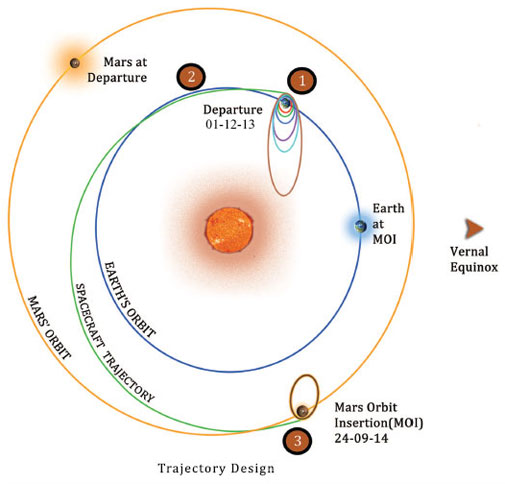 For the past few days the consoles and control systems are (wo)manned day night, 24x7. In a welcome break to the stereotype, I see many women engineers as capably and confidently maneuvering the spacecraft operations as men in this centre. Noticing my initial astonishment, a woman engineer smiled and asserted with pride “it is we who baby sit spacecrafts”.

Wake up call for LAM

The next few hours are crucial; a set of critical manoeuvres have to be executed with precision success. Firstly, hibernating 440 Newton liquid apogee motor (LAM) thruster engine should wake-up to the call. LAM is indeed a time tested engine used by ISRO in many of its missions to move satellites from temporary orbit to its final destination. It was the same engine that put Chandrayan-1 on Moon orbit.  In the Mangalyaan mission, this same engine was used seven times to raise the orbit of the spacecraft and finally give it the impulse necessary to hurl it towards Mars.

Since December 1, 2013, when for the last time this engine was used, it has travelled more than 68 million kilometres and has been idling for about 300 days. Even during Chandrayan mission this engine was kept in sleep mode, but only for about two weeks. Much could go wrong during the prolonged Mars journey. Corrosion, leak or something else could impair the engine. Anticipating this, in this mission, ISRO has added a second set of values and fuel lines that would be opened only when the spacecraft nears Mars. Before launch both set of propellent lines and the engine have been tested on ground before they were launched. To be doubly sure the engines are test-fired. They have just done that and are awaiting the outcome. The second set of the propellent lines have been opened and the engine has been fired for about 3.968 seconds. They expect that about 0.567 kg of fuel will be consumed and the spacecraft will gain a velocity of 2.142 m/s through this manoeuvre.

It will take some time before the ISRO engineers are able to asses if their effort has been successful. Now the spacecraft is at a distance of about 223 million km and it will take about 743 seconds for radio signals from MOM to reach earth. Once the telemetry is received the parameters have to be analysed and the path and health of the systems have to be computed. It will take some time.

What if the test firing fails and the 440 newton engine fails to work flawlessly? ISRO engineers have plan B ready. In addition to the main 440 newton engine there are eight small 22 newton thrusters in the spacecraft. The small thrusters are mainly used for attitude control, however, as a backup plan, ISRO proposes to fire all these eight thrusters in unison for a longer period to achieve the necessary deceleration of the spacecraft from 22.1km per second to 4.4km per second in relation to Mars. Indeed, as the test firing is taking place on September 22, two days before the spacecraft will reach Mars, ISRO will have adequate time to prepare for the contingency plan.

Plan B may salvage the mission but would fail to insert the spacecraft into the intended 372 km x 80,000 km orbit. The spacecraft will have a more elliptical orbit and shorter lifespan, compromising on the science component of the mission. Nevertheless, as the main objective of the mission is technology demonstration, if ISRO is able to make Mars orbit insertion, it can, with some legitimacy, claim success.

If today's test fire is successful, then ISRO will attain high level of confidence about the orbit insertion. The final manoeuvres will take place on September 24 at around 7:17 IST. When the spacecraft is about 700 km above the surface of the Mars, the retro-firing will take place and the velocity of the spacecraft will be reduced so as to enable the gravity of the Mars to capture it in its orbit.

The spacecraft and its five payloads are in good health and checked regularly and at this point of time there is nothing to be alarmed about. If all goes well, MOM will take pictures and collect scientific data for about six months. NASA has even evinced interest in collaborating with ISRO to share data from its MAVEN mission with ISRO to study the atmosphere of Mars. If the mission is a success, undoubtedly it will be the jewel in the crown of ISRO's 50-year-old space odyssey.