Wind power in India: There is a case for reviving the sector 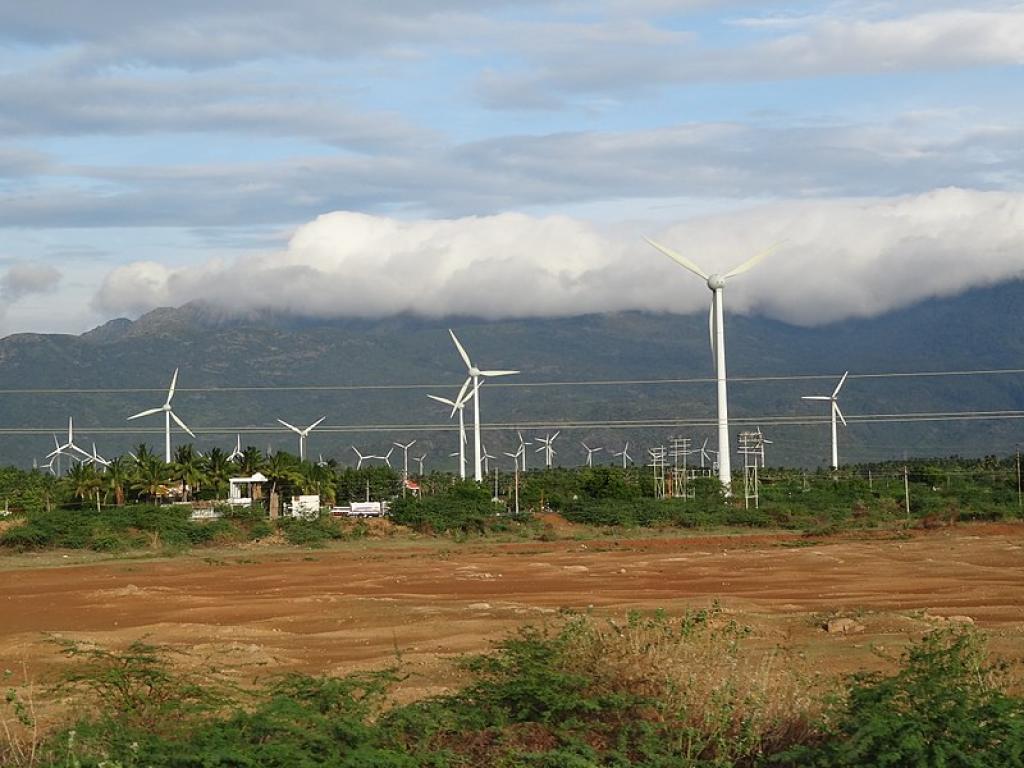 India’s installed wind power capacity was slightly above 39 gigawatt in March 2021 — much below the 60 60 GW target for 2022, which is part of an overall 175 GW aim for all renewable energies.

Wind power has been around in India for four decades. The sector experienced a steady growth during the last three decades through 2015.  But from 2016-17 onwards, wind energy lost its momentum primarily due to abolition of feed-in-tariff and solar becoming more attractive in cost competitiveness.

But the sector’s revival is absolutely necessary to achieve the country’s renewable goal of 450 GW by 2030. The Centre should focus on revising the sector as:

The estimated potential is bound to increase with upcoming technological development, which will make it possible to harness wind energy at a hub height of 150 m.

Over and above the onshore potential, untapped offshore wind potential along the 7,600 kilometre coastline of India is encouraging. It has been established, during the initial study under a bilateral initiative between European Union and India, that preliminary identified preferred zones in Tamil Nadu and Gujarat coast can provide another 100 GW of wind energy.

The repowering potential of turbines can lead the country to another 5 GW per year capacity addition.

With the rapid development, continuously improving energy access and steady increment of electricity as the end-use energy, the power sector needs to double up its generation capacity by 2030. Most of it should be based on solar and wind energy, not only because it will be environmental safe, but also because it has the lowest cost of generating options.

India has the largest open market along and a tremendous growth potential. It has been experiencing a substantial influx of capital and technologies. This will help push wind energy penetrations in the country.

The cost of wind energy is expected to decline by seven per cent compared to coal, which constitute almost 69 per cent of the country’s grid energy, according to a recent report by Global Wind Energy Council (GWEC).

But the present installation pipeline is highly uncertain as projects are being delayed or getting cancelled and new auctions are getting under-subscribed. Grid augmentation gestation period of 36-48 months, however, is double the project gestation (18-24 months). This needs to be addressed at the planning stage. Resultant short-term grid non-availability also acts as a bottle-neck in businesses’ participation in new auctions.

The poor performance of the various wind-resourced states with alarming payment delays to the private developers creating an atmosphere non-conducive to attract fresh investments. Central auctions need to pick up the market sentiment considering the financial risk is lower for businesses participating in central auctions in comparison to state ones.

As many as 14 states have major demand for wind power but do not have natural wind resources; they can only procure wind power through central auctions with possibility of 10 GW market potential per annum. These states pay 30-40 per cent more for power now than they would for wind energy through central auction. This makes them an attractive and viable economical option.

Demand of renewable purchase obligations (RPO) for non-solar will also play some role in the upwind. DISCOM reforms, as initiated in this year’s union budget and a re-structuring of power subsidies flow to targeted customers can be a way forward, but it will take a few years to implement.

With the good news about re-establishing the sanctity of power purchase agreements (PPA), nullifying Andhra Pradesh’s political move to re-negotiate the renewable PPAs sends a good signal among developers and independent power producers.

Solar-wind hybridisation for reliable round-the-clock power; development of ultra-mega renewable energy parks in some states; substantial re-powering potential of the country; and movement to tap substantial offshore wind potentials are among the positive steps that show a brighter possibility of wind taking a larger space on India’s renewable road by 2030.

With almost 80 per cent of supply chain being indigenous, the revival of the sectors has substantial co-benefits for the country.