Your gods are mine 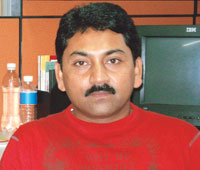 When patdehri (chief priest) Halu Thanapati, 68, gets possessed, he hastily dives into the badan khaal—the yoni of Goddess Duarseni, the supreme deity of his tribe—as though to suck the rare wisdom that ensures ‘existence’ on earth.

The yoni is actually the mouth of a natural tunnel, which is independent of the idol, believed to be kilometres long. Halu says, “In badan khaal (badan is body and khaal the trench), Mother Earth has embodied herself in that dark, unfathomable hole”. To the adivasis of this tiny village Sindhekela in Balangir district of Odisha, badan khaal symbolises progeny, production, and continuity— soul of the soil that nurtures life, culture and identity in and of the land and forests of the adivasis.

But one doesn’t have to make an effort to notice that their very life-support system, the forest, has vanished. A little probing reveals that the ownership of vast stretches of farmlands all around is now with non-adivasis. The milieu of the adivasis, as though, has shrunk into a space as much as of the yoni.

A dig into the region’s social history unravels the paradox further. A few centuries ago, the king of Bhawanipatna sent his kin to rule the region. The bloody history of battles in medieval India over controlling resources between tribes, and more often between tribal and non-tribal groups, had the rulers enlightened about a precious lesson in practising feudalism—take control of the culture of adivasis and their resources are yours.

So the first task the new ruler took upon himself was to “patronise” the rituals of Duarseni in guise of an upholder of adivasi culture. Gradually and obviously, the Kondhs were debarred from the village. A religious legend was created in which, as Halu says, “Kondhs cannot own land, nor can they build houses and stay here in this village, barring us few—the Dal Kondhs (the priests)”. So one does not find them now within a radius of five kilometres from the Duarseni temple.

As the economics of the rituals fell into alien hands, the political economy of natural resources underwent drastic alterations. Communities of all kinds arrived and usurped land and forests of the adivasis. To accommodate outsiders in the existing belief system, roles were defined for sundry communities while only a tiny section of Kondhs, the Dal Kondhs, were allowed to stay back and perform the main rites.

Then, the onset of democracy opened up new opportunities for landlords and traders. As their social and political dominance gained legitimacy with the abolition of kingship, their grip over adivasi culture tightened. Post- Independence, the biggest casualty was disappearance of dense forests—“in which tigers used to jump” as Halu says. They were cleared on a massive scale to make way for more farmlands for the new lords. The “dark and dense jungle” was relegated to mere images, intriguing though, in folklores.

The adivasis have tried their best to keep the tradition alive despite the ecology it was directly linked to being decimated. Today, the adivasis walk up (about 75 kilometres) for three days to Chhattardandi forest and walk down for as many days to collect a specific type of bamboo stick essential to the annual rituals. 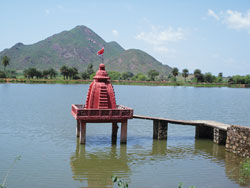 The Ganher trees, too, are few and far between. Their branches are used by people to make delicious cakes, one of the 16 items offered to the Goddess. So what Goddess Duarseni once stood to protect and sustain for posterity for all life forms is today metamorphosed into vast tracts of revenue generating assets owned by a set of individuals. Hundreds of hectares of land originally attached to the Duarseni temple are now owned by landlords and traders whereas those who had a cultural and symbiotic relationship with land today possess very little.

Sindhekela is just a small but significant case in point, to understand the political economy of cultural appropriation in India as a tool for not only resource-grabbing but also internal economic colonisation.

If we go back a bit farther in history, the imperatives of resource-control— after the Aryans’ invasion into India’s hinterlands—had become so impeccable that communities which actually were in possession of land and were arguably the original farmers, had to be forced out of the new socio-political order and space and were labelled untouchables. Ages later, in democratic India they are still denied that space.

Attack on tribal heartland, however, came much later with the need to expand territories of feudal lords and with the new-found knowledge that forests could be great money-spinners. Invasion into forests of central and eastern India by communities from north India in the medieval period witnessed fierce battles over resources and land.

But with natives deeply rooted to their cultures, which decided their economic and ecological behaviour as religious tenets, economic colonisation was not possible, despite the blood, without colonising them culturally.

This was done broadly in two ways: by adopting the existing cultural practices of adivasis and gradually taking control of them, such as in Sindhekela; or by imposing one’s own cultural and religious tenets by means of using royal power or by intimidating them with the divine “superiority” of a new god, such as spread of the Jagannath cult in which thousands of temples came up in remote, forested hinterlands. The latter has been the single-most lethal process of cultural colonisation in Odisha, covertly helped by the dominant political order, that continues to dispossess traditional communities of their economic bases and sustainable lifestyles.

In Mursing village in Balangir district, for example, a Jagannath temple built in recent years has been refurbished using funds, in the name of forest protection. Since the temple is now “protecting” forests, which are the livelihood base of adivasis, the latter are unwittingly sucked into an alien temple system. Suddenly deprived of their cultural space, the adivasis are fast drawn away from their sustainable ways, thereby losing their life-supporting grounds.

And, while mainstream Hindus from far-flung places rush there to offer prayers putting extra burden on the local resources, the forest is being clearfelled by timber traders, right under the nose of the forest department. Subjugating tribals also involved constructing new myths around their religious beliefs so as to homogenise all traditional communities into the mainstream Hindu hierarchy. Local deities were given brahminical names, such as Sursuri became Sureswari, which alienated the natives from their own deities thereby alienating them from their familiar, life-sustaining ecology.

In the Kalahandi-Balangir-Koraput region in Odisha, influx of “outsiders” had started in early 19th century. It is small wonder that, in the second half of that century, the region was hit by famine for the first time in history, which became a routine feature thereafter.

The precise reason was cultural appropriation leading to change of hands in controlling local resources around the new power centres—always in agreement with the dominant political order of the day—which resulted in sudden dispossession and perpetual deprivation of the natives. It is a travesty of history that the aborigines—adivasis and Dalits—are the ones who today lend the region the dark identity of being hunger-ridden and backward.

Ironically, this was the region where aborigines invented rice seed with their traditional farm practices. Post-Independence, myriad development projects added further woes to the wounds, by accelerating the rate of ecological distress. The latest form of cultural colonisation looming on the adivasi milieu is the misplaced campaign against animal sacrifice—unleashing a new set of conflicts, as this ritual is not merely religious belief, it also provides economic subsistence to countless people.

The writer is an independent filmmaker and journalist in New Delhi. He can be contacted at subrat69@gmail.com