As the debate continues, the Northeast must stamp the decision: log out of forest bureaucracy and log in to local-based prosperity 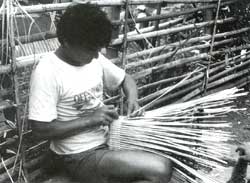 Some people in the region regard the ban as a blessing in disguise. Though the situation was difficult initially, they have ventured into other sources of income. In Tirap district, many people once involved in timber trade have now switched to tea cultivation. Says Mithi: "We are promoting other means of revenue generation like tourism and hydroelectricity." The abundant bamboo cover is also instrumental in providing employment to the numerous skilled crafts workers of the region, though research is still nascent as compared to other south east Asian countries, where bamboo forms the basis of the revenue. According to Kishore Seram, executive editor, North East Sun: "The region should not be just a source of raw material, it should also be a source of finished products." He adds: "If small-scale industries are set up in the region it will generate employment."

Sanjoy Hazarika, senior fellow, Centre for Policy Research, and author of Strangers of the Mist, expresses similar concern: "There is little understanding of the customary laws in the region." He says that there must be appreciation and respect of these customary laws, rather than imposing new laws as the bureaucracy that understands so little about the region. "The best way is to empower local people by recognising their rights."

Most of the states in the region have strong and effective customary laws. In Mizoram, though the forests are officially owned by the state government, around 40 per cent is controlled and managed by village councils. The democratically elected council system, which is similar to the Panchayati Raj, was established more than half a century back. However, these systems are hardly known even in the official circles, says Daman Singh, author of The last frontier: People and forests in Mizoram. "This is quite a loss as Mizoram has much to offer in the current debate over greater devolution of powers to local institutions," says Singh. For policymakers and administrators, it is time to learn from past mistakes, by recognising and upholding the long, tested management practices prevailing in most states of the northeastern region. Instead of playing games with the Supreme Court's well-intentioned orders.

With inputs from Richard Mahapatra