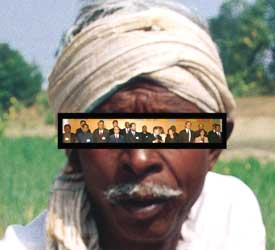 If Kamal Nath, India's Union minister for commerce and industry, is to be believed, the Hong Kong ministerial of the World Trade Organization (wto) was a big success for developing nations. His claims rest on the fact that the talks succeeded in getting developed countries to agree on a time-frame for the reduction of export subsidies in the farm sector. But a closer inspection shows the successes ranges between the exaggerated and the illusory (see box: Possible gains).

The final draft of the agreement, put out on December 18, 2005, suggests 2013 as the final date for phasing out agricultural export subsidies. Apart from Nath's pronouncements, there was self-congratulatory rhetoric from wto director-general Pascal Lamy. "We are tilting the balance in the wto firmly and steadily in favour of developing countries," he gushed. The mood lifted further when Peter Mandelson, trade commissioner of the European Union (eu), which has the biggest farm subsidies, both domestic and external, said: "The draft is not a true success for us."

But a lot of this is eyewash. Export subsidies are only 3.5 per cent of the eu's total farm subsidies -- pegged at us $51 billion per year (46 per cent of the total eu budget in 2005). By focusing on this small proportion of total subsidies and ignoring domestic payouts, the draft has earned the criticism that it was driven by the priorities of the eu's common farm policy , which decides the agricultural budget and, therefore, subsidy allotments . The 2007-2013 eu budget had, in fact, already talked of reducing export subsidies to meet wto norms, committing to increasing subsidies under a new head -- rural development -- from 13 per cent to 25 per cent before 2010. This, in effect, means the 2013 deadline is pointless. What makes matters worse is that the deadline-setting exercise was a foregone conclusion. "The phasing out of export subsidies on agriculture was determined even in the 'July package 2004' at the wto general assembly meeting in Geneva and at the fourth ministerial at Doha in 2001. The present draft has just introduced a deadline, leaving the modalities to be completed as member countries negotiate," says S Chaturvedi of Research and Information System for Developing Countries, a thinktank in New Delhi.

If the negotiators from the developing world drove a hard bargain, they certainly got a lot of help from India and Brazil. The two took the lead in forming a new inclusive grouping of developing nations -- the group of 110. When they endorsed the draft, the group followed suit, realising only later that they'd been had. The issue of domestic subsidies, the main sticking point, had been shelved and the door kept open for an increase in subsidies -- meaning, no enhanced market competitiveness for the least developed countries (ldcs), which are rely heavily on exporting agricultural raw materials. The us, eu and Japan provided more than $100 billion in domestic agricultural subsidies in 2003. This cost developing countries and ldcs close to $72 billion (equal to the total aid they got that year), according to the un Human Development Report, 2005 . This burden could actually go up.

No wonder Mauritian trade minister M M Dulloo was disappointed. Articulating the feelings of the group of African, Caribbean and Pacific countries, he said: "There is a general feeling of frustration and dissatisfaction, not to mention discontent, over how the decisions were forced upon us." Analysts also pointed to the divisiveness and unfairness of the deal. "Domestic subsidies on agriculture, which remained the most contentious and uniting issue for the non-developed world before the talks, found no new attention in the final draft, except repeating the Doha and July framework," said Meena Menon, India co-ordinator of the global ngo Focus on the Global South.

West African nations, heavily dependent on raw cotton export to the us, particularly have reason to feel aggrieved. By focussing on export subsidies, the wto ministerial left them in the lurch. The call for ending export subsidies by 2006 may not end up helping them significantly. Even if the us phases out us $400 million in export subsidies, it won't be significant if they don't phase out more than us $4 billion worth of domestic subsidies for cotton farmers.

For Nath, of course, it's no big deal, because subsidies are not the main impediment to India's agricultural trade. What is, is the poor quality of produce.


The proposed duty-free and quota-free access for 97 per cent of all products from the ldcs, instead of the original demand of 100 per cent, was also billed as a big advance. But the fine print here is equally invidious. Since exports from ldcs tend to be driven by a small basket of commodities, the developed countries can easily block imports by denying the proposed easy access for a relatively small number of products. For example, the us is already planning to bar textiles, a crucial export for two of the poorest nations, Bangladesh and Cambodia. Japan has also objected to including rice and leather products in the deal. Given the share of ldcs in world trade is just 0.64 per cent, this supposed magnanimity doesn't count for that much.


Import tariffs for industrial goods were highest on the wto agenda under the non-agricultural market access negotiation rubric, behind agricultural subsidies. On this, too, despite some more high-flown rhetoric from Nath, the North got its way. India opened with a gambit of forming a group of nine countries to insist on the Argentina-Brazil-India formula that envisaged differential tariff reduction targets for developed and developing countries, especially because tariffs are already low in the latter. But in the end, the South accepted the Swiss formula, which calls for across-the-board tariff cuts from existing levels.

Nath has already drawn criticism on this front at home. "In the name of waiving agricultural subsidies, the us and the eu have given us a post-dated cheque for 2013, that too of very little value. In return, we have allowed major concessions like decreasing the tariff on almost 80 per cent of our products along with lifting the cap on foreign investment and allowing multinational corporations to participate in the government procurement process," says A B Bardhan, general secretary of the Communist Party of India.

All expectations of gains in the service sector were also belied. Calls for opening up this sector were stonewalled by the creation of a new negotiating mechanism -- pluri-lateralism. This essentially means that small groups can get together to take decisions on service sector transactions -- instead of the earlier inclusive multilateral process involving all 149 member-nations.