Verghese Kurien, the man who made cooperatives an empowering business model 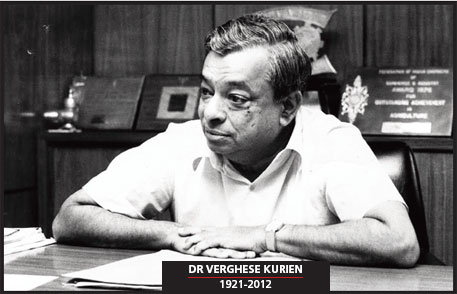 I met Verghese Kurien in 1975. He was then embarking on White Revolution, and I was searching for ways to empower women. The cooperatives were the common ground for both of us to chart a relationship that lasted till his death on September 9, 2012. Though the world will identify him with the brand Amul (priceless in Gujarati), his real legacy is the cooperative as an empowering business model. Gujarat’s livelihood security owes a lot to his ideas. He not only preached this as an institutional model but also adopted it as his personal philosophy. He believed in cooperation even when he differed with others.

My experience in convincing him to start women-led and managed dairy cooperatives vouches for Kurien’s spirit of cooperation. In the 1970s, Gujarat had many non-functioning cooperatives; their management was messing up finances. During this period we at the Self Employed Women’s Association (SEWA) contacted Kurien to rescue a few of them. We had an argument and a condition: women look after cattle, give fodder to them and milk them and that is why only women should control the dairy cooperatives. Kurien did not like our condition. But adopting the principle of cooperation in letter and spirit, he supported us. That is how the first 50 all-women dairy cooperatives came into existence.

During 1990-91, when I was a member of the Planning Commission, he again demonstrated this spirit of cooperation. The White Revolution had come true then. India was exporting milk because there were not enough processing units. I advocated distributing the surplus milk in anganwadis to help children fight malnutrition. There was opposition. But Kurien supported our idea.

What I found outstanding about him was his clear vision on scaling up a small initiative and equipping it with the right support system. The National Dairy Development Board (NDDB) is a logical extension of the cooperative movement he unleashed. NDDB deals with knowledge creation through research and training. This helps in identifying the right technology and reaching the villages through cooperatives. Thus, a dairy farmer in a small village has all the knowledge about the latest processing technologies. He ensured this fine and smooth blending of high technology with local livelihood.

I still remember the days when the state had fewer buses but more milk tankers. Dairy cooperative is no more limited to Gujarat. Across the country it is a preferred institution to empower communities. That is all about Kurien.

(As told to Richard Mahapatra)

Ela Bhatt is founder of Self Employed Women’s Association