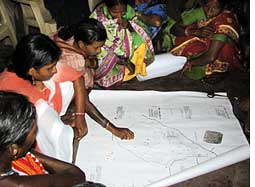 "Forms are yet to be given. We were told that the forms would be circulated by the frc," says Pradhan Majhi, a Santhal from Godibari, a village near Bhubaneswar. Majhi and others, mostly unlettered, in the village attended the palli sabha, or the village committee meeting, on March 18. They put their signatures or, thumb impressions on a register and came back with the knowledge that a committee was formed and that they would get forms to file claims.

They were told that claim applications needed to be submitted within 90 days of the meeting. "We were told we could apply even on plain paper but there is no one to help us out. Does it mean we won't be able to claim after all?" asks Majhi. Laxmidhar Soren, member of the Godibari frc, had no idea about when the forms would be issued. "The sub-divisional level committee was supposed to supply the forms," he says.

Villagers across the state are as confused as Majhi and Soren. The targeted beneficiaries in several villages of Chandaka area, visited by dte, have not received the forms and the sarpanches plead helplessness. Forty-year-old Ram Chatar of Kantabad panchayat is also awaiting the forms and so is Sabitri Mundri of the same village. They had attended the palli sabha on April 27. Kantabad sarpanch Bhabgrahi Sahu says he has done his job by organizing the palli sabha and ensuring formation of the frc, but has not been told anything about when the forms will be issued.

The government, though, claims it has undertaken a sensitization drive, involving sarpanches and officials, before initiating the process of calling the palli sabhas and constituting frcs. Says Kumar Pradhan, revenue inspector, Chandaka panchayat, "I don't have a copy of the Act. I have asked the additional tehsildar to provide me one." In another incident, at a palli sabha in Jugsaipatna in Kalahandi district, the agenda included formation of a forest protection committee and not a forest rights committee. There are some like Kuni Digmunda, a tribal from Phirikinali village under Chandaka gram panchayat, who are still waiting for the palli sabha. Digmunda says the meeting was scheduled on March 23, but could not take place for lack of quorum. Though they were assured of a later date, there has been no development so far.

In another development, the range officer of Badrama Wildlife Sanctuary in Sambalpur district has issued a letter to the chairperson and secretary of the Bhutel frc informing him that the village and its environs should be included in the critical wildlife habitat. Villages under such a habitat will have to be moved out. The officer was requested to call the gram sabha and discuss in detail forest rights-related matter. Voluntary sector workers say while the wildlife department has erred in not taking the villagers into confidence before mooting the proposal, they should not be making such a request before the process of verification and recognition of the rights of the people is completed. 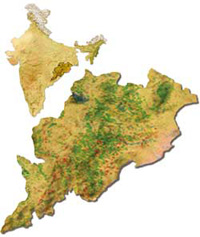 Tara Dutt, commissioner-cum-secretary, Scheduled Caste and Scheduled Tribe Development, Minorities and Backward Class Welfare, the nodal department for the execution of the Act, claims 35,249 frcs have been formed and 483 claims received till the end of April. He expects the number of claims to be around 0.3 million by now, which, like Chhattisgarh, is a small (3) percentage of the state's 2001 tribal population.

There appears to be a lack of coordination between the nodal Scheduled Caste and Scheduled Tribe Welfare Department and the three other departments--forest, panchayati raj and revenue--involved in the implementation of the Act. SC Mohanty, the principal chief conservator of forests and a member of the state-level monitoring committee, sums it up saying his department did not have a major role to play in the present situation.