Whether it is Asia or Europe, countries find a new mantra: decentralise and electrify 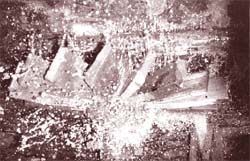 As the world wakes up to a depleting finite sources of power like coal and the growing opposition to big dams, countries all over the world with water resources and difficult areas to electrify are opting for the community mode of electricity generation and distribution. "Today, a confluence of technological, political, and environmental forces is breathing new life into an old concept: decentralised, small-scale power," observes the State of the World-2000 report.

As electricity has to be used locally to avoid transmission loss, micro-and mini-projects are the most suitable. Community participation helps in making the projects sustainable. Examples like Nepal, China and Norway reinforce that community management of micro-and mini-electricity projects have solved energy crisis in the most difficult places. In the Indian context the rural electrification programmes of China is relevant as it faced a similar challenge of electrifying vast inaccessible areas.


During the 1960s, China realised that to electrify its remote areas (around 48 per cent of its total area) it had to evolve a separate energy policy for these areas. It adopted the now-famous 'self-construction, self-management and self-consumption' policy where the local administration owned and implemented small hydropower projects. The money came entirely from the local sources. Unlike India, the Chinese government limited its role to that of a observer. At the same time, it enforced technical standards and funded research into new technologies. The result was amazing: around 300 million people in rural areas got electricity through small hydropower stations they built and maintained. In 1975, only 50.6 per cent of villages were electrified. But in 1996, the figure reached an astonishing 94.3 per cent.

China's ministry of water resources launched an energy-based poverty alleviation programme in 1985 to electrify 300 counties by 2000. They implemented small hydropower projects and fused irrigation and flood control works with electricity projects. Nepal without this integration is facing a conflict between agriculture and electricity interest groups.

The rural decentralised electrification drive has helped China rid its rural poverty substantially. An assessment of 208 counties shows that economic development in these areas has far surpassed the national average. Also, the annual increase in gross industrial and agricultural output is 19.4 per cent higher than the national average. In 109 of all counties assessed, overall development of the local economy has improved remarkably with the coming of power. The per capita earning of farmers of these counties has doubled. To make these projects sustainable, profits are pumped in to generate more power. "China has crossed the stage of institutionalisation of its decentralised electricity generation programme. Now it focuses on better management of its power," says Kamal Rijal of icimod .

Similarly, the rural electrification programme in Norway -- considered to be the oldest example of decentralised energy planning -- remains an example for other countries. Norway, with a vast remote and sparsely populated areas, started electrification in the beginning of the twentieth century and by 1930, 1,452 hydropower projects were generating 1701 mw . Out of these, 1,008 were of less than 100 kw capacity.

More than anything, small projects and decentralised management are seen as the practical solution to the impossible task of reaching to the remotest places through one grid. In Bhutan, where most of its micro-mini hydro projects were built and designed by Indian and Japan, users' groups have been handed over the projects for operation maintenance and for distribution. The communities are also empowered to fix the tariff. "In rural areas, the new technologies may allow the development of stand-alone village power systems, doing away with the need for costly grid expansion," states the State of the World-2000.