Tribal affairs ministy attempts to give forest dwellers their due welfare benefits, through a compromise 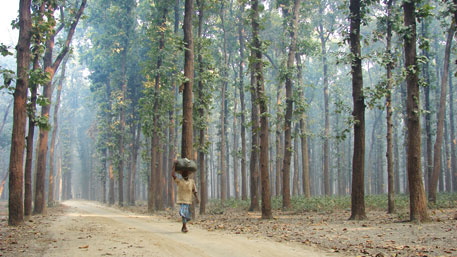 For long they have lived the life of the forsaken in villages tucked away in forests. So in November last year when the Union Ministry of Tribal Affairs (MoTA) introduced guidelines to identify villages in forests and list them in revenue records, it came as a relief to the tens of thousands of forest dwellers across the country.

Being part of the revenue record is important for the forest dwellers because it would enable them to receive benefits from government welfare schemes that are routed through the revenue department. Forest rights activists have hailed the guidelines because for the first time the gram sabha has been empowered to file claims for conversion into revenue villages under the Forest Rights Act of 2006.

The guidelines, however, state that these villages will be included in the revenue records without changing the legal status of land from forest to revenue. In that case, whether the villages would be administered by the forest department or by the revenue department is not clear in the guidelines.

These ambiguities and reluctance of the forests department to cede control over forestland (see ‘Madhya Pradesh refuses to convert forest villages’) may derail the initiative to bring villages in forests to mainstream of development.

Government records show that 2,474 forest villages exist across the country; they have a combined population of 250,000. These villages were established in the pre-Independence era by the forest department as colonies of labourers for forestry projects.

Forest rights activists say the actual number of settlements in forests could be much more. The forest department does not recognise the numerous forest colonies that were set up by state governments as a stop-gap arrangement for people displaced by large development projects. The department is also yet to recognise all hamlets or settlements of traditional forest dwellers and tribal communities. For instance, there are only 20 forest villages in Odisha as per the state government records. Tushar Dash of Vasundhara, a non-profit in Bhubaneswar, says a study by his organisation found about 700 villages on the state’s forestland. “These villages do not figure on government records and receive no benefits from welfare schemes,” Dash says.

Even the forest villages recognised by the government are not represented properly, says Shankar Gopalakrishnan of forest rights group, Campaign for Survival and Dignity. “Forest departments maintain the records of these forest villages that usually date back several decades. These records do not reflect what the villages look like now or their current land use status,” he adds.

In the absence of gram panchayat, people in forest villages fail to exercise their rights on development schemes. They are at the mercy of forest officials who are the sole authority for approving welfare and development schemes, such as laying of roads, electricity cables and setting up community health centres, says Anil Garg, forest law researcher in Betul, Madhya Pradesh.

These are the reasons forest rights activists have long been demanding recognition of villages in forests and shifting their administration to the revenue department.

Both Central and state governments have made severals efforts in the past to change the status of forest villages. But they were half-hearted attempts.

One such attempt was made by the Union Ministry of Environment and Forests (MoEF) in 1990. But more than regularising forest villages, the guidelines were aimed at preventing further “encroachment” in forests. Consider this. The guidelines asked the states to settle the rights of only those who had been living in forests before 1980 when the Forest Conservation Act came into force. This makes all those who settled in forests after 1980 encroachers.

Though the guidelines recommended changing the legal status of the villages from forestland to revenue land, it allowed the forest department to retain administrative powers over these villages. The conversion procedure prescribed by MoEF was also long and cumbersome. It said that for the conversion of every village, states have to seek permission under the Forest Conservation Act, which regulates forest land use. Small wonder that only 511 forest villages in Gujarat, Madhya Pradesh, Maharashtra and Uttarakhand were converted till 2007. The guidelines drew flak from tribal groups.

Much hope was pinned on the Forest Rights Act (FRA) that came into force in 2006. The Act stated that tribals who settled in forests before 2005 had rights over the forestland and mandates that all “forest villages”, “old habitation”, “un-surveyed” villages have the right of settlement and conversion into revenue villages. “But FRA faced stiff opposition from forest departments. As a result, hardly any village has been converted into revenue village so far,” says Y Giri Rao of Vasundhara.

Besides, FRA is silent on which department will administer the forest villages after their status is changed. While policy makers and activists offered different interpretations, forest department maintained that conversion could not happen without MoEF’s permission. Madhya Pradesh, which has the highest number of forest villages—893—said it requires permission from the Supreme Court because the court in 2000 had stayed denotifying forestland for converting forest villages into revenue villages. The guidelines of MoTA aim to overcome these hurdles.

The 2013 guidelines of MoTA clearly state that FRA, being a subsequent statute, supersedes all preceding laws and court judgements of prior dates and recognises forest rights “regardless of whether such rights might be contrary to other laws”. Approval of MoEF is not required for conversion of forest villages into revenue villages, it says. 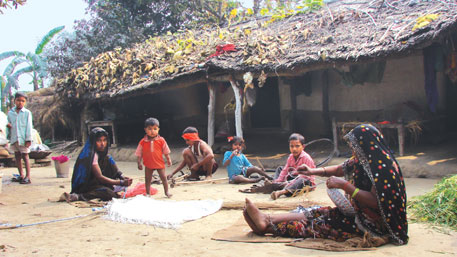 The guidelines recognise district level committees, formed under FRA, as the final authority for approving the records of forest rights. The guidelines lay down the procedure for both the identification of forest villages and their conversion into the revenue ones. It says every gram panchayat has to prepare a list of forest villages in its vicinity, get the list approved from gram sabha of each village and submit it to the sub-divisional and the district-level FRA committees for approval.

Activists hail the guidelines for providing legal recognition to all settlements in forests. “The good thing about the guidelines is that they ask for fresh surveys of forest villages. This will ensure the recognition of settlements that were not surveyed so far,” says Ashish Kothari of Pune-based non-profit Kalpavriksh that works on communities rights over forest resources. “It also means recorded forest villages will be recognised as revenue villages with their current land use and not as per the old records of the forest departments, which show much less land in these villages,” Kothari adds.

MoTA sources say the ministry plans to propose a “hybrid category” of land records for the “revenue villages on forestland”, where the revenue department can handle the administration. “But how this will function is a big question. There has already been so much dispute over huge chunks of land parcels claimed by both the forest and the revenue departments in states. Such a mechanism might lead to another inter-departmental conflict,” adds Gopalakrishnan.

A senior official in MoTA admits the new guidelines are a compromise. “If we had asked for the change of the status of forestland, the states, instigated by their forest departments, would have never agreed. Also, there were fears that land alienation of tribals will increase once mineral-rich forestland is converted to revenue land. Forestland adds an extra layer of protection,” says the official.