Is India building its developmental house from the roof down, with a non-existent foundation? Arun Kumar, professor of economics at the Jawaharlal Nehru University in Delhi, thinks so. "The government, through its policies, is trying to replace the pre-existing agriculture in the rural areas with manufacturing and servicing industries. This is creating a huge gap in the number of people displaced by these projects in contrast to the number of people who are given employment," he says.

People affected by development projects are often not taken into confidence before such projects are formalized, says Rajya Sabha mp and chief of Revolutionary Socialist Party Abani Roy. "There is a complete and utter secrecy of these projects," he says. Further, "there is also the question about the benefits, which do not percolate down to the people who are being shunted out of their land. This is why Nandigram and Singur happened."

Manshi Asher, a Pune-based independent researcher currently working on the effect of special economic zones (sezs) on livelihoods and environment in India, agrees. "Affected people are kept in the dark regarding information about the project. The executive summaries of environment impact assessments and the detailed project report are never shared with the affected people even though it is mandatory." she said. Asher questions the secrecy that surrounds projects; the government, even under the right to information, denies data. "I have filed two rtis on the posco issue with the Orissa government, but both have been rejected giving ludicrous reasons. The first time the information officer wrote back saying my signature was at the incorrect place. In the second instance, they said I had failed to deposit Rs 10 as the processing fee against the application."


Industry twists or bypasses every law, while the government looks away. The biggest violations have been under of the rules laid down by Environmental Impact Assessment (eia) notification of 1994 and 2006. Under these guidelines, a proponent seeking to set up a projects needs to study the environmental consequences of his activity and suggest suitable remedial measures as well as alternative sites in case the ecological damage is far reaching. But the eias conducted by private consultants for project proponents usually--deliberately--misrepresent flora and fauna as well as the ecological structure of the region. Usually, these reports are copy-and-paste exercises. According R J Ranjit Daniels, director of Care Earth Foundation, a Tamil Nadu based environmental agency which prepares eia reports, the problem is proponents sideline environmental issues to a mere ritual "A good eia needs a substantial amount of study of the environment and ecology of a particular area. But because the proponents are always in a hurry, the eias get made in a few months time." Also, "the expert committees (in the Union ministry of environment and forest) meet for a few hours where they discuss a number of projects. It is impossible for them to actually study one eia, forget all of them." 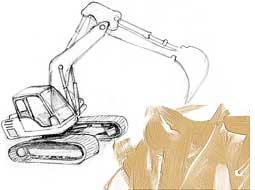 In a sea of projects, there are a handful where people have had their way. In January 2008, Goa backed out of sez projects it had committed to. In June and July 2008, the Sikkim government pulled the plug on seven hydropower projects. The otherwise nonchalant Puducherry took to the street in April 2007 to make its government to rethink on a port project. Uttarakhand, in a flurry of dam-making activity has had to say no to large hydropower projects in the state.

But the rest? As governments and industry lose face, and credibility, all over the country, people will have their say. Democracy, and protest, seem the only bulwarks that can challenge the State's business-as-usual mentality. But must India be engulfed in violence, for development's sake?