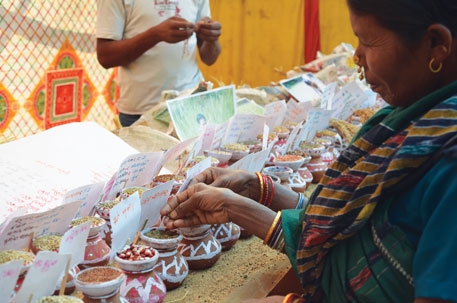 Indian farmers have always believed in free use of seeds. They have grown their own seeds and exchanged them with other farmers. They did not subscribe to the concept of owning seeds because they believed seed germplasm was a gift of nature and everybody had a right over it. As a result, in-situ conservation of agro-biodiversity received a huge fillip.

But in 2001, as a WTO member, India was required to comply with the Trade Related Aspects of the Intellectual Property Rights (TRIP) Agreement and to protect plant varieties either through patents or through a sui generis system. India opted for the latter, formulating a law that was unique in providing as much rights to farmers as to plant breeders. The Protection of Plant Varieties and Farmers’ Rights’ (PPVFR) Act is one of the handful of such laws and confers intellectual property rights through registration of seed varieties.

Former PPVFR Authority chairperson S Nagarajan says, “Our legislation is unique because it provides certain rights to farmers to register seed varieties, extends benefit-sharing and accords recognition to farmers for conserving their agro-biodiversity.”

In fact, India is the first country to institute an award to farmers for their efforts in conserving agro- biodiversity. 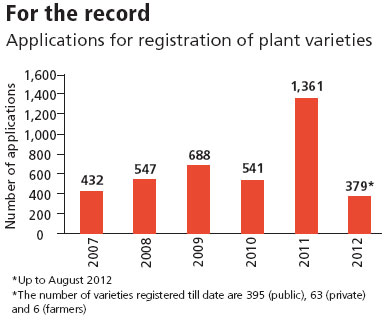 “In 2007-08, we initiated Plant Genome Saviour Recognition Certificates,” says P L Gautam, chairperson of PPVFR Authority. Vrihi, a consortium of farmers, scientists and ecologists, which developed the first non-governmental rice seed bank in India and has conserved over 700 rice varieties, received Plant Genome Saviour Recognition Certificate in 2008-09. But the recognition did not help farmers. 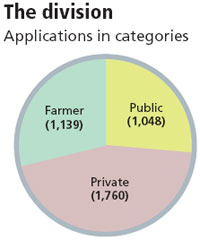 Conservation requires land, labour and time. When a farmer invests all this, he must be rewarded monetarily as it would help him invest in resources the next year. “We realised that there was need to incentivise the conservators and decided to give Rs 10 lakh (to each farmer for conserving and breeding a seed variety),” says Gautam.

“Registration gives farmers a feeling of ownership towards the seeds and motivates them to take care of the seed varieties,” says Debal Deb, ecologist and founder of Vrihi. “Besides, it provides farmers validation that development and conservation of seed varieties is a valuable exercise for which they can claim benefits,” says Suman Sahai, member of the working group of PPVFR’S Community Agro- Biodiversity Conservation.

In 2007, the National Gene Fund was constituted under the PPVR Act which gave the award money. It started with an initial amount of Rs 50 lakh from the Central government and gets contribution from the money paid by plant breeders as registration and annual fee. At present, the total collection in the fund is Rs 2 crore. With the National Biodiversity Authority, the body responsible for conservation, washing its hands of fundings for agro-biodiversity, the National Gene Fund comes as a relief.

Too much for too little

But, is awarding a handful of farmers in a country that has 21 agro-ecological zones, 166 original crop plants and 320 species of wild relatives of cultivated plants enough to conserve agro-biodiversity? PPVFR Act allows awards to four farmers in one year. A lot of non-profits and farmers are also undertaking in-situ and ex-situ conservation of indigenous germplasm. The award that financially supports conservation work reaches to few farmers.

“The Act says the National Gene Fund should be used to help panchayats felicitate farmers who are conserving traditional varieties of crops. But the authority has not taken the initiative,” complains environmentalist Madhav Gadgil.

Gautam thinks the authority is doing enough work by holding workshops, awareness programmes and giving awards to farmers. The idea of awarding farmers is good as it motivates in-situ conservation and farmers recognise the value of their indigenous germplasm, says Deb. But he finds two problems in the present award system. First, the amount is huge. Second, the criteria for selection of farmers for awards is questionable. 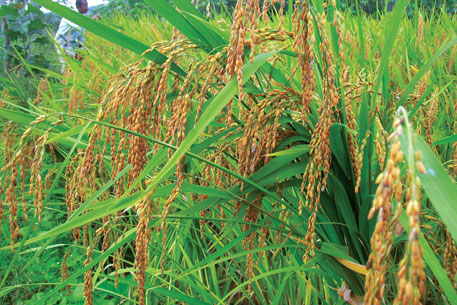 Instead of giving a large amount to four farmers, Deb says it would be better to distribute it among more farmers. Also, many awards have been given to people who are economically sound. Many more have been given to individuals while the conservation work was done by a community, says Deb. This year, a farmer in West Bengal was given the award for growing a popular variety of rice. This caused resentment among thousands of other farmers of the region who were also growing this rice variety. “They asked me why they were not the fortunate ones,” he says.

There is a need to accept the fact that many farmers who are conserving seed biodiversity are illiterate and do not understand the value of germplasm. They have to be made aware of the importance of their seed bank, says Deb. The authority needs to find people working at the grassroots level, and not award non-profits which have enough money for conservation.

While the PPVFR Authority, non-profits and agro-biodiversity conservators have divergent views on the Act, one thing on which all agree is that conservation of traditional plant varieties and the Indian gene pool cannot be possible without the government realising that germplasm is essential for our future survival. In the mad rush to promote hybrids, India’s great strength, its genetic wealth, is being compromised.