As the apex court cancels 214 illegal coal blocks, people fighting against mining rejoice. But they are uncertain about the land already taken, as the verdict is silent on their rehabilitation. Anupam Chakravartty travels to Chhattisgarh to explore the impact of the verdict 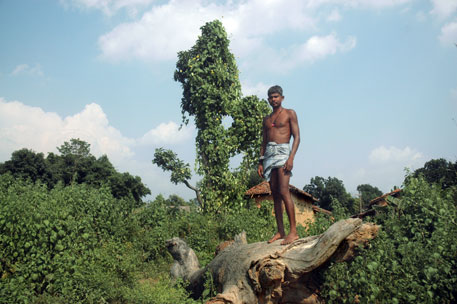 A MONTH AFTER Supreme Court cancelled 214 of the 218 coal blocks allocated since 1993, people affected by the mining projects are anxious. While many welcome the judgement, they find nothing in the verdict that addresses their problems. In the coal-producing areas of Central India, close to 9,000 villages are located in the vicinity of coal mines, most of which now face cancellation and will have to be relinquished by March 31, 2015, and auctioned.

What’s worse is the fact that the companies have started extracting coal at a higher rate ever since the verdict came out. The Parsa East and Kente Besan (PEKB) coal block in the Hasdeo Aran coal field of Chhattisgarh’s Sarguja district is one such case. Kishore Singh, sarpanch of Salhigaon village in PEKB block, says, “There are days when we can count over 1,000 trucks carrying coal from the mines. Earlier, the number was 200 to 300 trucks a day.”

PEKB blocks are owned by the Rajasthan Vidyut Utpadan Nigam Limited (RVUNL) but mined by Adani Enterprises as RVUNL selected the company as its mine development operator. According to the mining plan of PEKB, 2,712 hectares (ha) had been diverted for the project. Of this, 1,654 ha is protected forests, while 566 ha is tribal land from seven villages.

About 163 families in Parsa and Kente villages gave up their agricultural and mining rights for exploration four years ago and have been demanding rehabilitation. This August, an agreement was signed between Adani and the affected residents in the presence of government officials in which Adani promised to start relief and rehabilitation by September 20. This has not happened so far. “The district collector had assured us that he would put a lock on the company if it did not stay true to its word. But the agreement is now a joke,” says Dinesh Kumar, a resident of Parsa displaced due to mining activities.

Rehabilitating 163 families is proving an uphill task for the district administration as well as Adani. The company has constructed football stadiums in Surguja district headquarters, Ambikapur, as part of its corporate social responsibility, but this does not take care of rehabilitation. “We are waiting for directions from higher authorities. For now, these companies are allowed to mine for six months,” says district collector N NEkka, while skirting the issue.

People in the nearby Besan village, where 1,519 ha were marked for the rehabilitation of the displaced from Parsa and Kente villages are opposing the move. “Where will our people go?” asks Anita Devi, sarpanch of Besan. Adani did not respond to queries by Down To Earth. Judging from the ground situation, it appears the company wants to mine as much coal as possible and exit the area without compensating the displaced.

Another village that has become a focal point of struggle against mining companies in Chhattisgarh is Gare. Environmentalists and residents who raised voices against land acquisition or diversion of resources have been roughed up on several occasions in the village. In 2012, 250 farmers decided to form their own mining company after realising that coal in Gare Palma IV/6, a coal block allocated to Jindal Steel and home to Gare and 10 other villages, is worth much more than what the village residents got as compensation. These 250 farmers, who have not accepted compensation, organised a protest on October 2 this year during which they mined their own coal and refused to give up the land. The strong opposition, followed by the Supreme Court’s order, has kept Jindal away from mining in Gare village. 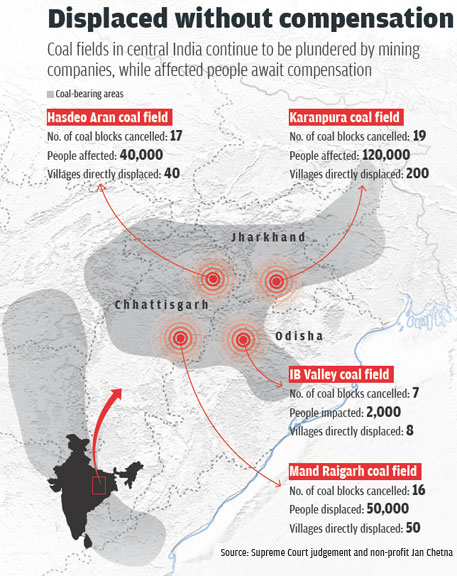 But in Sarasmal and Kosampalli villages, which are located in the same coal block, the company either did not fully compensate the people or wrongfully acquired land. A 2013 study by Delhi-based Centre for Equity Studies and Raigarh-based non-profit Jan Chetna shows that 26 per cent of land was sold to or acquired illegally by Jindal. Village residents say that the composition of the gram sabha (village council) which gave the consent for land acquisition was not proper and court cases have been filed against the acquisition. “They just want the people to vacate their land and leave. Every week, they are up to something. Sometimes, they release water from the mine to our farm lands, or dump the overburden on our fields,” says Kanhai Patel, a former sarpanch of Kosampalli village.

Villages in Jharkhand and Odisha have similar stories to tell. Between 2005 and 2009, 34 companies were allocated coal blocks in 210 villages in the tribal-dominated Karanpura Valley alone in Jharkhand. Local people say at least 12,000 persons were displaced by the Chakra Opencast Mines project in the valley. The project, launched by Essar, now stands cancelled.

In Odisha, allocation of Talabira coal block to Birla’s Hindalco Industries has been facing opposition by the local people for many reasons. Of the 1,950 ha marked for mining, 750 ha is forestland, which also happens to be one of Odisha’s first community managed forests. “Recently, 300 big trees were felled by the mine owners for which no compensation was paid,” says Bhaktaram Bhoi, president of Talabira Gramya Jungle Parishad, a village-level body formed to maintain the community forests. Odisha has been writing to the Centre since 2012 to share the profits and royalty from coal and iron ore mining and has proposed 26 per cent of the share to the communities affected by mining, but the Centre appears reluctant to do so.

Government officials in Chhattisgarh, which has an abysmal record as far as rehabilitation of displaced people is concerned, say they have asked mining companies to contribute directly to the Chief Minister’s Development Fund for the development of areas being mined as part of their corporate social responsibility.

But, the concerns of the people, however, remain neglected.

“While the companies encroached upon our lands and polluted our water, cases were filed against us when we protested. With the Supreme Court judgement, we stand vindicated. But our rights find no mention in the verdict. We hope the coal and environment ministries take care of the rehabilitation of the displaced people in these six months before the coal blocks are auctioned,” says Patel. Jindal Steel has filed 20 cases against him for protesting and “disturbing” its mining operations.

The silence of the apex court on the rehabilitation and compensation of displaced people in the verdict is not surprising because these issues were never taken up in the petition. “We only focused on the illegality in the allocation of the coal blocks,” says M L Sharma, an advocate in the Supreme Court and one of the petitioners. This is affirmed by Rahul Chowdhury, an environmental lawyer who has filed cases against mining companies in Chhattisgarh. He says there has been no petition so far on the impact of mining. Sharma, however, adds that he is preparing a review petition to be filed in Supreme Court in the first week of November, which will look into the issue of rehabilitation of the displaced people.

Also, though coal mining has displaced hundreds of thousands of people in the country, the state governments and the Ministry of Mines are clueless about their exact number. During the winter session of Parliament in 2013, former minister of mines Dinsha Patel said that the ministry does not maintain data regarding displacement caused by mining as land leases are granted by state governments. 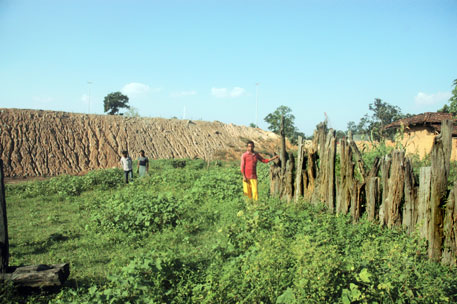 However, rehabilitation of people affected by mining and other developmental projects does find mention in the report of a high-level committee constituted in August 2013 by the previous United Progressive Alliance government. The committee, headed by former bureaucrat Virginius Xaxa, was set up to study the socio-economic, health and educational status of tribal communities and to “identify areas of intervention by government”. It submitted its report on May 29. Among the many significant recommendations, the report makes consent of gram sabhas mandatory for acquisition of land even by the government for its own use. It also questions the legality of mining projects passed by the Cabinet Committee on Investment.

The National Democratic Alliance government has been sitting on the report for four months now. According to sources, the government’s dilemma is over certain observations in the report that challenge the policy push to clear bottlenecks in land acquisition for development projects, mining and large dams.

Did the verdict help?

As early as in 1989, much before the coal blocks were allocated, the World Health Organization said that for every one per cent that mining contributes to India’s economy, it displaces 3-4 times more people than all other development projects put together. Gautam Bandhopadhyay, a forest rights activist, says that a visit to the displaced villages, that are spread across Madhya Pradesh, Chhattisgarh, Odisha and Jharkhand, reveals the excesses committed by mining companies with the aid of ruling governments in their desperate bid to corner the natural resource. In cancelling the illegal coal blocks, the Supreme Court may have set right the wrongs of successive governments and saved an important natural resource, but has it helped those who gave up their most valuable assets for coal giants?