Market without a window

The domestic market of biopesticides is the best showcase of their plight. It is virtually bereft of buyers and sellers. Moreover, the niche that biopesticides have carved for themselves seem to be overshadowed by Bt-based products. However, the export market is flourishing

Market without a window 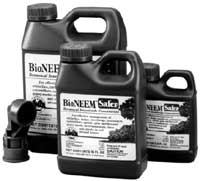 The plight of biopesticides can be gauged from the fact that no systematic study has been conducted to evaluate their market. Rough estimates by the New Delhi-based Biotech Association of India indicate that they constitute less than 1 per cent of the crop protection market. The biopesticide market accounts for about 3,000 tonnes of the 0.1 million tonnes worth of annual pesticide trade in India.

Moreover, IPM seems to be the only reliable tool to estimate their coverage. "Biopesticides are only used for government programmes. Therefore, the IPM figures reflect the actual usage of biopesticides across the country," says A D Pawar, director of IPM programme of the Union ministry of agriculture. For example, during 1999-2000, around 739 metric tonnes of neem-based biopesticides and at least 135 metric tonnes of Bt-based biopesticides were used under the IPM programme. Going by these figures, it is estimated that the total area under biopesticides is around 0.1 million hectares - a meagre figure considering that the Indian economy is predominantly agrarian.

Experts say that this poor showing reflects the lack of awareness among farmers. "Awareness about the advantages of biopesticides is abysmally low as compared to the west," says Jasvir Singh, assistant director, entomology, department of plant protection, quarantine and storage of the Union ministry of agriculture.

This affects their demand adversely. Manufacturers claim that the projected demand for biopesticide has failed to become a reality. "Due to lack of demand, dealers of biopesticides are very dissatisfied," says Vivek Singhal, president of New Delhi-based Biotech International Limited, a leading manufacturer of biopesticides. "It is meaningless to keep these products in my shop," says Bhup Singh of Shivam Beej Bhandar, Faridabad, Haryana. "Demand is only for chemical pesticides and not for biopesticides," says S K Bhatia of Zamindar Seed Store, Faridabad. Similar views are echoed by B N Vyas, an official of Godrej Agrovet Limited, Mumbai. "Despite decades of existence, biopesticides are considered as marginal products," he said.

This lack of support is proving to be the death knell of this infant industry. However, the export market is flourishing, particularly for neem-based products. Indian biopesticides are being exported to Iran, Saudi Arabia, Turkey and Italy. Trials and registration are going on in Mexico, Peru, Argentina and Ecuador. "It has a good market abroad. We are exporting around Rs 6-8 crore worth of biopesticides every year and we are expecting an annual growth rate of about five per cent by 2008, provided there is effort to popularise these products," says Saurabh Singhal, managing director of Biotech International Limited.