India spends very little on Science for Ecological Security. And then spends it poorly 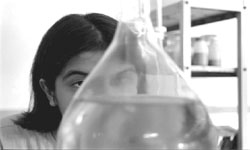 If there is one thing true about India, it's that it is a diverse country. Economically, technologically and environmentally. Some are very rich, some are very poor. There are some who use modern technologies, and there are others who still use technologies that were used a millennium ago. And, of course, there are some who live in high mountains, some in hot deserts, some in the world's most flood-intense floodplains, and some in tropical forests. If Indian science were designed to meet the needs of the Indian people, one would have expected it to be as diverse. But then whoever gave us the idea that Indian scientific research was designed to meet the needs of the Indian people!

In the modern day and age, scientific research is supposed to be a key tool for achieving progress. Unfortunately, few public commentators take the time to look at where our research and development ( r&d ) expenditures go. Indian businesspersons are definitely not interested in Indian r&d , they are only interested in importing technology -- that is what our boffins love to tell us. But let us look at where they themselves like to spend their money.

One look at the national priorities that our scientists address shows that making bombs and missiles gets as much as two-thirds of our r & d money and is the top priority for our scientists (see table: Science: its absence in our daily lives ). If indeed some Rs 3,000 crore is needed for this purpose every year and that is the top priority for India's elected politicians, then so be it. But then the total r&d expenditure surely has to be much larger so that our other national needs are also addressed. That, however, is not the case. If we add the expenditure made on Science for National Security to science for industrial development, it would account for over three-quarters of our r&d expenditure. These are funds allocated to two areas of science and technology which have precious little to do with our daily lives or at best only tangentially.

An excellent example of the high brow character of Indian science is the proud announcement, made just a few days after the Western press reports that the entire human genome had been sequenced, that the government of India has given Rs 100 crore to the Indian Council of Medical Research ( icmr ) for projects that use genomic information to develop new vaccines for aids , hepatitis and what not. icmr normally spends only about Rs 50 crore, which is just about what the nondescript department of ocean development gets for r&d . Is ocean development as important as our health?

Working on the human genome is, of course, important for developing scientific careers and rubbing shoulders with leading scientists abroad. But who wants to work on diarrhoea or dysentery that kill millions of Indians every year. The Central government also indicated recently that it wants to involve private companies and non-resident Indians in the development of world class science and technology institutions. But there has been nothing in terms of training our rural people to bring science and technology into their lives.

In this disaster called policymaking, it is not surprising that despite the scale of environmental problems, so little money is spent on Science for Ecological Security. Can you believe it that the Central Pollution Control Board, entrusted with monitoring air and water pollution across the country, gets only about Rs 8 crore?

In fact, in this mess, the very claim of the department of science and technology that in 1996-97, the Central and state governments and the public and private sector companies together spent as much as Rs 338 crore on research for environmental protection is quite stunning. Most environmentalists would be surprised to hear that the government spends so much money on environmental research.

But then the government not only misprioritises its expenditures, it also spends whatever it spends very badly, with very little output and with little productivity. The department of science and technology could not give Down To Earth the breakdown of the expenditure of Rs 338 crore, neither projectwise nor institutionwise. A Down to Earth reporter spent a fortnight collecting data on the r&d expenditure of different institutions that appear to work on mainly environmental issues (see table: Budgets of institutions ). This data shows how little money is spent on important areas like biodiversity conservation, research on renewable energy or on water harvesting technologies. Not surprisingly, for the water technocrats, in fact, the very concept of water harvesting was a mystery until recently.