Australian politicians are finding it hard to live with a landmark judgment, which puts in jeopardy the landholding rights of colonialists by accepting that aborgines were the original settlers 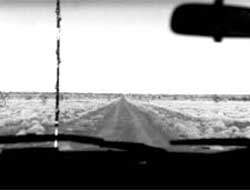 with an enormous land mass and a population of only about 17 million, few countries have a better chance of providing the answers for a sustainable economy and a fair society than Australia. But when Eddie Marbo, leader of the Mariyam people, an aboriginal community from Murray Island just off the coast of Australia, moved the Australian high court ( hc ) in 1992, claiming rights on what he said was his ancestral land, the repercussions were vast, which Australian politicians are finding hard to live.

On June 3, 1992, the hc established the existence of "native title rights" to land in what has come to be known as the Marbo decision, overturning the previous legal assumption of terra nullius , which implied that Australia was an empty land when the British arrived. The elders in the aboriginal community said the days of terra nullius were numbered, and Australia was going to have to face the reality of prior ownership of land, or native title. In 1993, the Labour government headed by Paul Keating introduced the Native Title Act ( nta ).

The court ruling and the nta were the beginning of a debate that challenges the very basis of European settlement in Australia, and -- consequently -- across the world, for example, the Americas. It also has implications for other peoples and communities that displaced native communities since the dawn of civilization. This was the first case of the highest judicial authority of a country recognising the rights of the "natives".

As a result of the nta , 699 claims to native title were lodged till January 6, 1998, in over 50 per cent of mainland Australia. A substantial Land Acquisition Fund of about us $140 million was established to acquire land for aboriginal people as a "trade-off" for the exemption of pastoral land.

In Australia, the present prime minister John Howard has reignited the debate over native title rights. There is a possibility that both the houses of parliament will be dissolved and the country would face an early general election. On one hand of the debate are the aboriginal people of Australia -- the natives of the continent, some of whom retain their culture and primitive lifestyle to this day, and feel that their land rights are threatened by the demands of modern industry (see box: Managing their land ). On the other are the pastoral and mining industries of Australia. The pastoralists lease land for the purposes of grazing, which is known as a pastoral lease. The pastoral industry is confined to the semi-arid areas of Australia. It has played a major role in developing the infrastructure in the remote and northern areas of Australia.

The situation is very complex. In some cases, as many as 18 claims overlap the same land. The "right to negotiate" ( rtn ) process was initiated. The rtn is a statutory procedural right for proposed mining and other developmental projects given to registered native title claimants and holders by the nta . As many as 1,900 title claims are in the rtn process, some of them 33 months old. After the nta came the Wik judgement of 1997. The Wik people are aborigines from Cape York, Queensland. They lodged a native title claim over sections of western Cape York peninsula. They were joined by the Thayorre people, who were claiming an area which partly overlapped the Wik people's claim. This claim was rejected on January 26, 1996 by the federal court on the basis that a pastoral lease extinguishes a native title.

Apart from complexities, the Wik decision has many implications for both Australia's industrial growth -- particularly for the pastoral and mining industries -- and the indigenous people's rights. The hc ruled that only native title rights that are not inconsistent with the rights of the pastoralist can coexist with pastoral leases. If the parties cannot reach an agreement, the federal court can make a final determination on native title. It may be, for example, that the right to visit a sacred site will not be inconsistent with the pastoralists' rights.

This decision was not acceptable to the mining industry and the pastoralists. They said that it would halt the development of 40 per cent of Australia's land, and lead to 20 years of law suits and uncertainty. A recent opinion poll showed that two-thirds of Australians supported the decision that extinguished native title rights on land under pastoral lease.

Ernie Bridge, member of the state legislative assembly from Kimberley in north western Australia, differs. He is the son of a white pastoralist and an aboriginal mother, and the first aboriginal Australian to hold a ministerial office. He told Down to Earth : "After such a long and difficult history, the hc decision are huge milestones for Australia's aboriginal people. How could they possibly countenance turning the clock through the extinguishment process? Australia cannot go backwards on this issue."

"My aim has always been to strike a fair balance between respect for aboriginal title and security for the pastoralists, farmers and miners. That is one reason why I staunchly oppose blanket extinguishment of native title or pastoral leaseholds," said the prime minister John Howard. "The fact is that the Wik decision pushed the pendulum too far in the aboriginal direction" he added.

In a special address to regional and rural Australia on February 8, 1998, Howard said that it was up to the Senate to pass the bill on the government's amendments to the nta . He hoped that the Senate would understand the fairness of the bill and allow it to pass untouched, insisting that the rtn process, the major sticking point of the debate, was not a common-law right. It was a special right introduced by the Labour government in 1993. "All we are doing is saying that procedures should be established whereby native title claimants are given no greater rights than other Australians," he added.

"We have tried to strike a fair balance, and under our changes, it will still be possible for native title claimants, in theory, to make claims to over 79 per cent of land mass in Australia," he commented. In a television interview later that day, Howard said that he did not want an early poll, and that to say he was going "gung ho" about double-dissolution over native title was also not true. "I want to go a full term" he said.


The prime minister has been ridiculed by the opposition for not handling the native title issue deftly. At the annual party meeting in March 1998 in Tasmania, Labour federal opposition leader Kim Beazley got a standing ovation when he said that if he came to power, he would sit at table and thrash the entire issue once and for all.

"He (Howard) has been unable... to get a reasonable outcome on the native title legislation... He was given an opportunity by the Senate to produce an outcome that all sides could live with, not necessarily fair to all sides, but live with... And he leaves us with the potential for an election which nobody wants and would not solve the problem," said Beazley. Asked if an election is inevitable, Beazley said: "It's only inevitable if he cannot accept what was a compromise... He cannot produce solutions that work. People are sick of this."

Beazley, who will be the Labour party's prime ministerial candidate in the next election, in an early sound-off to his election campaign, said that he wants, above all, an end to the uncertainty. "And the end to the uncertainty comes when everybody can live with the outcome. Now, that is what we promise and offer."


The Wik decision made it clear that a native title holder cannot restrict a pastoral lease holder and cannot have full ownership of a land that is under a pastoral lease. It is interesting to note the comment of Tony Boultbee, former president of the Pastoralists and Graziers Association of Australia, prior to his death in January 1998. "The most important thing to grasp is that the farmer and the pastoralists are both vital to Australia. They are also vital to a world in which too many people who can be fed are starving," he said. "The aborigine has his entitlement, but the pastoralist has his too, and you cannot just ride roughshod over him...you have to somehow protect those who have equity in the land and who have worked bloody hard for it...but native title is a law that affects the country in its entirety for the sake of a very few...." he added.

Apart from the pastoralists, the mining industry has also been affected. After the nta , the granting of mining tenements over land where native title may still exist has to go through a rtn process. This involves government notifying native title holders of its intention to grant mining tenement, allowing them a short time to register their claim, and -- if that is done -- to initiate negotiation between the native title holders, the mining company and the government.

After the nta , if a state government grants mining tenements on pastoral leases without going through the rtn process, the tenements can be rendered invalid. Jeff Kennett, premier of Victoria, supported a legislative response from the federal government. He called for changes to the nta , and if this was against the Racial Discrimination Act ( rda ), he wanted rda to be amended as well.

"While lawyers have their differences with the court, there is widespread agreement in the profession that the best brains in Australia find their way onto the hc bench. The same cannot be said of the parliaments of Australia," he commented. "It is the way of conservative politicians to try to change the rules whenever they face a decision which doesn't fit their economic priorities," he pointed out. With such wide differences, the governments of Australia, and the ones to come, have their job cut out.

Patricia Gough is a freelance journalist based in Australia