The northeastern region of India lost 79 per cent of its tree cover in 2020, recording the biggest dip in the country, according to an analysis by Down To Earth.

Over 110,000 hectares of tree cover vanished from the region last year, according to the University of Maryland’s forest change data.

The ‘seven sisters’ Assam, Arunachal Pradesh, Tripura, Meghalaya, Manipur, Mizoram and Nagaland individually were responsible for 5-14 per cent of the country’s loss in forest area from 2001 through 2020. 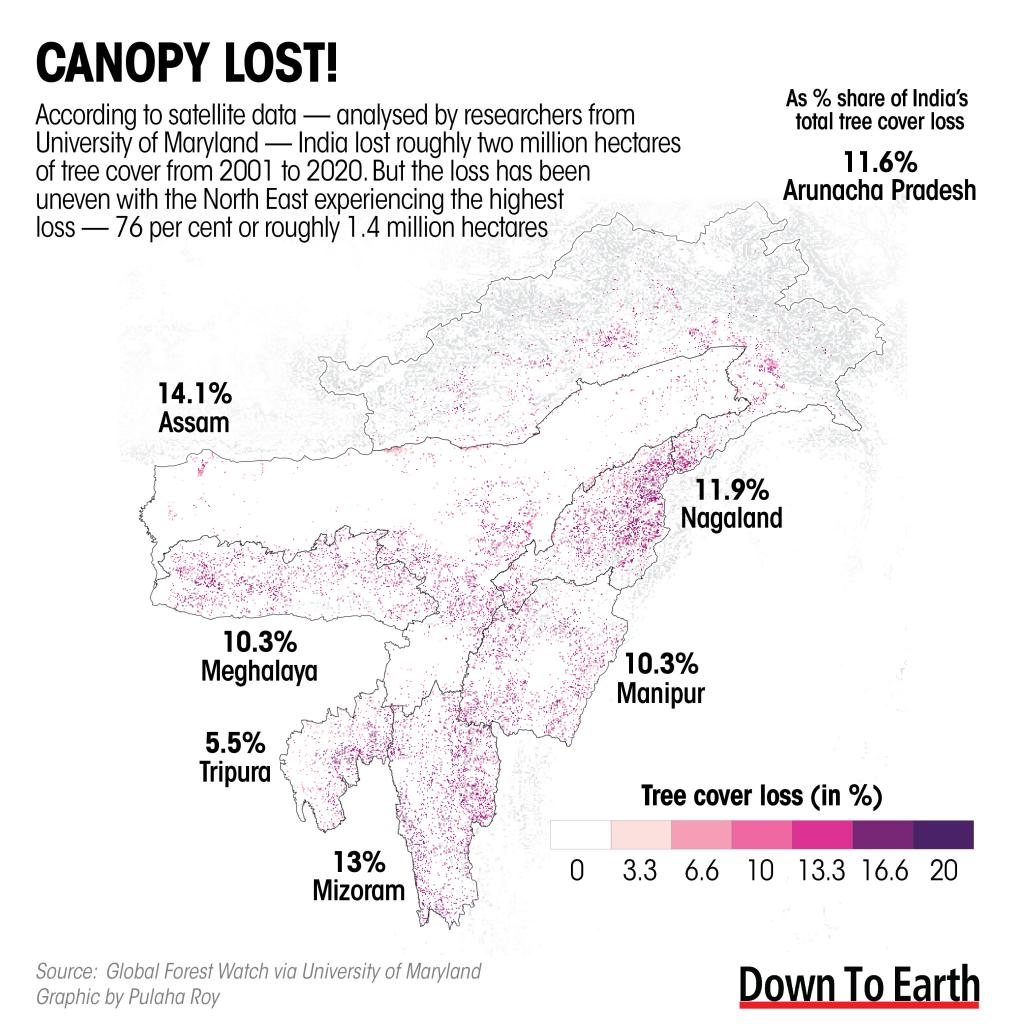 Assam, the largest of the seven states, contributed the most (14.1 per cent) to the national tree cover loss during the period.

Nagaland, however, saw its forest cover shrink the fastest since 2001, suffering a 17 per cent drop in the two decades. It was followed by Tripura, where area under forest cover decreased by 15 per cent in the years studied.

Outside the North East, Odisha lost the largest area of land under tree cover (125,004 hectares) from 2001-2020 — 6.5 per cent of India’s total. It was followed by Kerala that contributed 4 per cent of the forest area lost.

Researchers from the University of Maryland processed and analysed over a million satellite images to demonstrate the loss. Tree cover loss is ‘complete removal of tree cover canopy’, the scientists wrote.

They used algorithms to identify individual pixel values for every tree canopy lost, to calculate even the smallest changes in forest area.

Tree cover loss can be triggered by various reasons, ranging from anthropogenic factors such as deforestation or timber harvesting to natural causes like forest fires or storms.